Connect with us
The Tim May podcast on Lettermen Row.

The semi-retirement of Tim May is still in effect.

But when the legendary Ohio State beat writer has the itch to cover the program, Lettermen Row is thrilled to give him a place to scratch it.

Maybe the name will change, maybe the first episode title will stick. Either way, the debut episode of The Tim May Podcast is here, and it sets the stage for what should be a wildly entertaining listen every week during the football season.

Good luck finding somebody with the same knowledge of the Buckeyes from the last 30-plus years, the same ability to tell stories or bring the same appreciation for talking about college football as May. When it comes to talking about Ohio State, May is the gold standard — though we also think our guys Austin Ward and Jeremy Birmingham can deliver on that front as well. 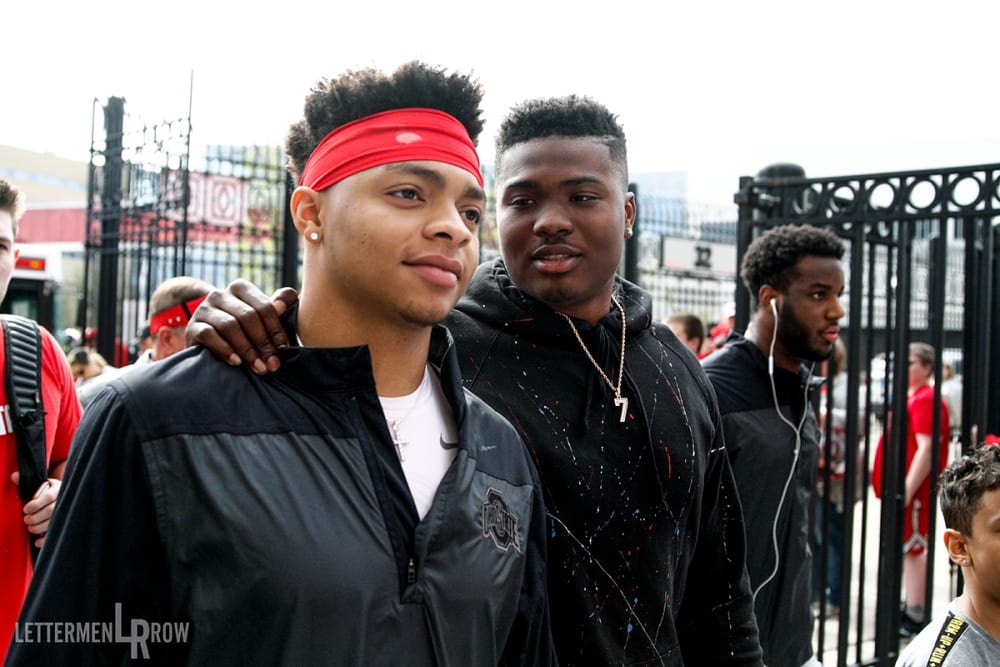 Heading into Year Two of Lettermen Row, those three personalities and the youngster Spencer Holbrook will lead the coverage effort around the Buckeyes as Ryan Day takes control of the program. We’ll continue to be a home for former Ohio State players to provide their insight and analysis, both on The Tim May Podcast and on our popular BuckIQ film-breakdown series in video format. And both of those mediums will still be combined during the weekly Lettermen Live show, presented by Byers Auto.

There may still be a tweak or two coming for Lettermen Row in the buildup to the second season covering Ohio State, and it’s worth staying tuned for those over the next few weeks as training camp draws even closer. But The Tim May Podcast is a new feature that we’re really excited to bring to the audience, and we hope everybody enjoys the debut conversation with May and Ward as they prepare to head to Chicago for Big Ten Media Days this week.

Among the topics covered in Episode One: The crazy year at quarterback for Ohio State, reflections on previous trips to Chicago to talk to Big Ten coaches, how Ryan Day will handle the spotlight and what the summer recruiting haul means for the future.

The Tim May Podcast is now available on the following platforms: