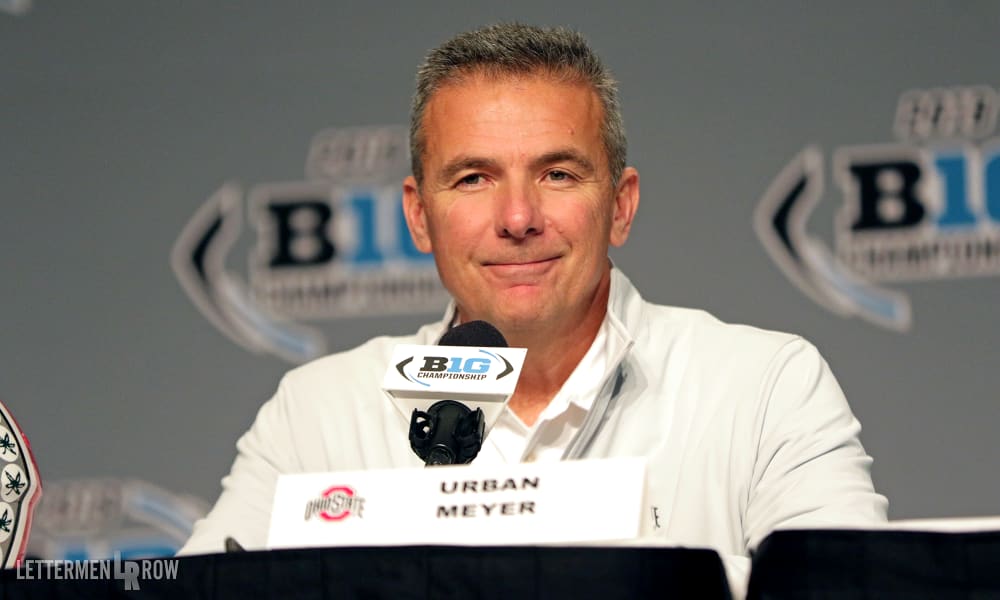 Urban Meyer back to TV?

Urban Meyer might be back on your television screen this fall, just in a slightly different role. Sporting News reported that Fox Sports is attempting to hire Meyer in an attempt to jump-start its college football coverage.

Fox Sports is close to finalizing a deal to hire the former Ohio State head coach as its star college football analyst, sources tell Sporting News. Meyer, who won three national championships between Ohio State and Florida, is being given the choice to work either as a color commentator in the game booth or as a studio analyst at Fox, sources said. Citing serious health concerns, the 54-year-old Buckeyes coach retired after the 2019 Rose Bowl.

It’s unclear at this point what that would mean for Meyer’s role at Ohio State. He’s currently an assistant athletic director at Ohio State and also will help teach a leadership course this fall.

“[Ohio State receivers coach] Brian Hartline came by today,” McCord told Lettermen Row. “It was huge [getting the offer]. Obviously, after what they did this year, winning the Big Ten and then the Rose Bowl, it’s pretty neat to have an offer from them.

“On top of that I think my game is really similar to Dwayne Haskins, too. I feel like I’d fit the system well.”

Tate Martell will pursue immediate eligibility at Miami (Fla.), and his attorney Travis Leach said Martell will try to cite the coaching turnover from the Buckeyes as well as other unnamed issues in an attempt to get a waiver.

“You try and align the facts as best you can,” Leach told the Toledo Blade. “Each one of these cases is a little bit different. You look at what are the reasons for the transfer, what happened, why didn’t it work, and then can you take those reasons and does it meet the NCAA’s requirements for a waiver? I think we have a couple opportunities.

“There were some things that happened at Ohio State that we can potentially get some relief from the NCAA, and we’re going to try it that way. The coaching staff turnover is an issue. There are a few things. There’s no real bright-line test that tells you 100 percent how you can get a waiver. This is a tough one, but there are some good facts on his side.”

This week on the Beanie and The Boom podcast there are plenty of topics to cover as former Buckeyes Mike Adams, DeVier Posey, and Donald Washington join the show. The guys discuss their own experiences in the NFL and CFL, including how to get over the struggles, and also breakdown the truth behind Tattoogate at Ohio State. There is also plenty of chatter on Tate Martell’s transfer to Miami (Fla.) and Kyler Murray choosing the NFL over the MLB.