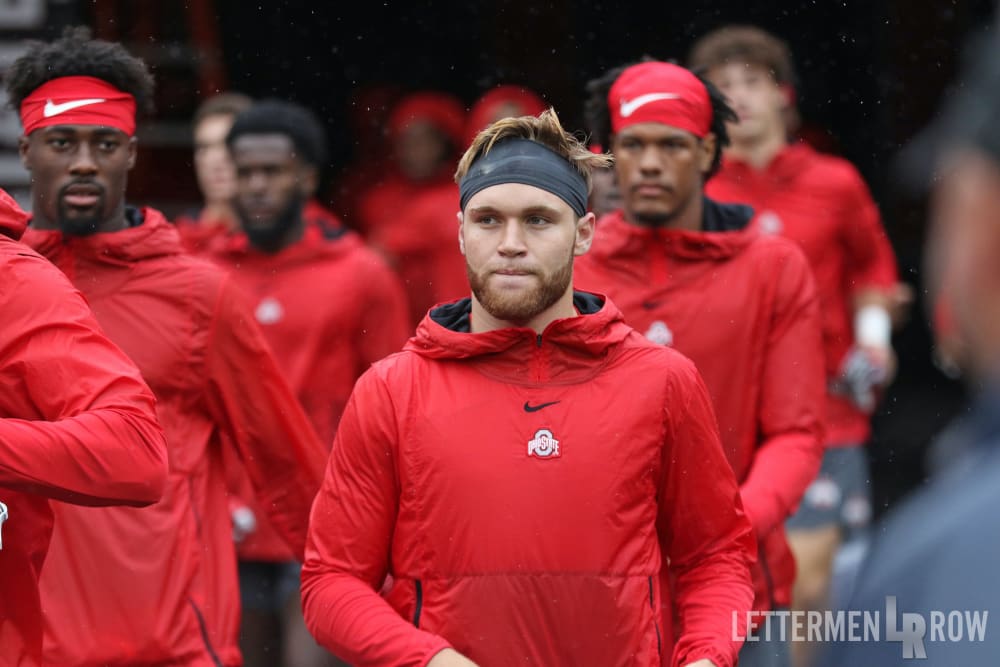 I just wanted to make sure y’all get the most important news first.

Tate Martell is in transfer portal

The magical mystery transfer portal giveth to Ohio State in the form of Justin Fields, but it also might taketh away. On Thursday, news broke that Tate Martell had entered the NCAA’s transfer portal. That does not bind him to transfer but instead allows other schools to contact him. Now that he’s in the portal, Martell can speak with other schools and complete a transfer. He can also remove his name and end the transfer process, but once an athlete enters the portal a school is allowed to cancel a scholarship at the end of that semester so Ohio State wouldn’t be forced to take him back.

Ohio State appears to have finalized its defensive staff with the hiring of Matt Barnes, who will coach in the secondary and serve as special teams coordinator. Barnes spent the last three seasons coaching linebackers at Maryland, and he helped develop a couple of the most productive tacklers in the Big Ten — including standout Jermaine Carter. He also added a role leading the special teams last season, continuing some of the work that initially launched his career when he was a graduate assistant at Florida.

“Matt is young coach who has really done a great job at Maryland,” head coach Ryan Day said in a school release confirming the hire. “He’s an energy guy who has considerable knowledge of the Big Ten Conference plus experience coaching in the Southeastern Conference. He’s going to work well with our staff and I’m pleased to have him on board.”

And although this was not believed to be in doubt, Columbus Dispatch reporter Bill Rabinowitz noted on Twitter that running backs coach Tony Alford will be back at Ohio State in 2019.

Who is Matt Barnes?

Judging by comments on the hire, Matt Barnes doesn’t appear to be a household name. Be sure to check out our list of five things to know about him to get acquainted with Ohio State’s talented new hire.

As former Ohio State linebacker Zach Boren breaks down in his latest episode of BuckIQ, there is plenty to like on both offense and defense with the talented prospect. Where will he end up and what will he become? That process all starts now with the Buckeyes as Boren evaluates what Ronnie Hickman brings to the program.