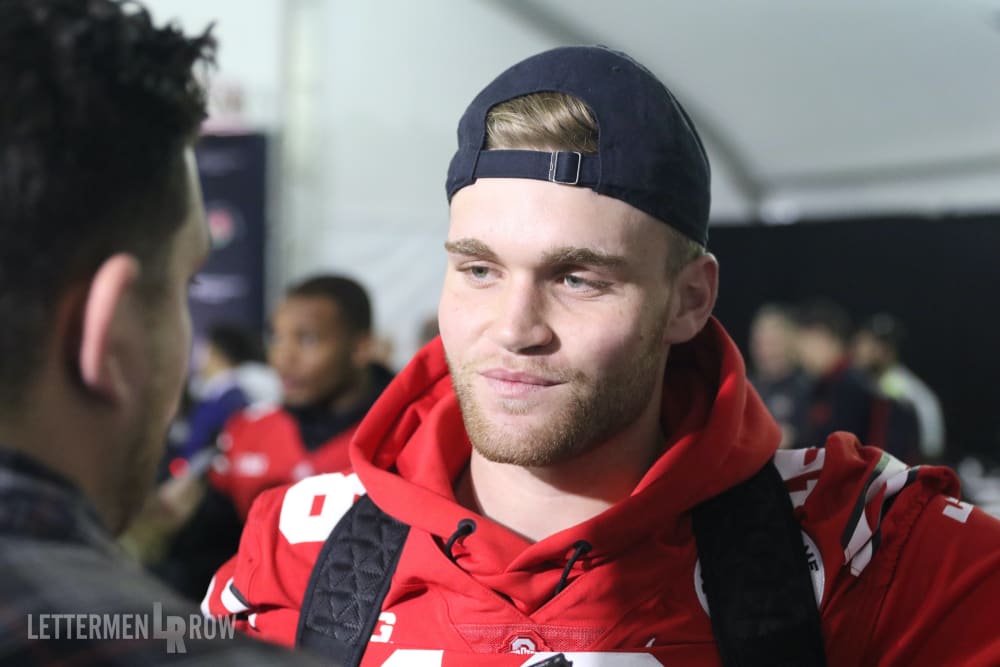 God bless Tate Martell. He makes me wish I were still on the beat in Columbus instead of toiling away in law school, because anytime he speaks it’s absolute gold. As Doug Lesmerises of Cleveland.com put it, he’s the rare athlete whose interviews end up better than your wildest dreams. So with that being said, here’s a look at everything Martell said on Sunday during Rose Bowl media day.

Lettermen Row senior writer Austin Ward put together a list of observations from the massive interview sessions at media day and it’s a must-read as the Rose Bowl gets closer.

The Lettermen Row crew was out in full force at the Rose Bowl. Our media day roundup post includes a photo gallery from Birm as well as 13 videos of different Ohio State coaches and players speaking at media day, so be sure to check that out.

How to watch the Rose Bowl

If you need a reminder, we’ve got you covered.

Weather: High of 59 degrees with 0 percent chance of rain

The line: Ohio State is a 6.5-point favorite, per The Action Network