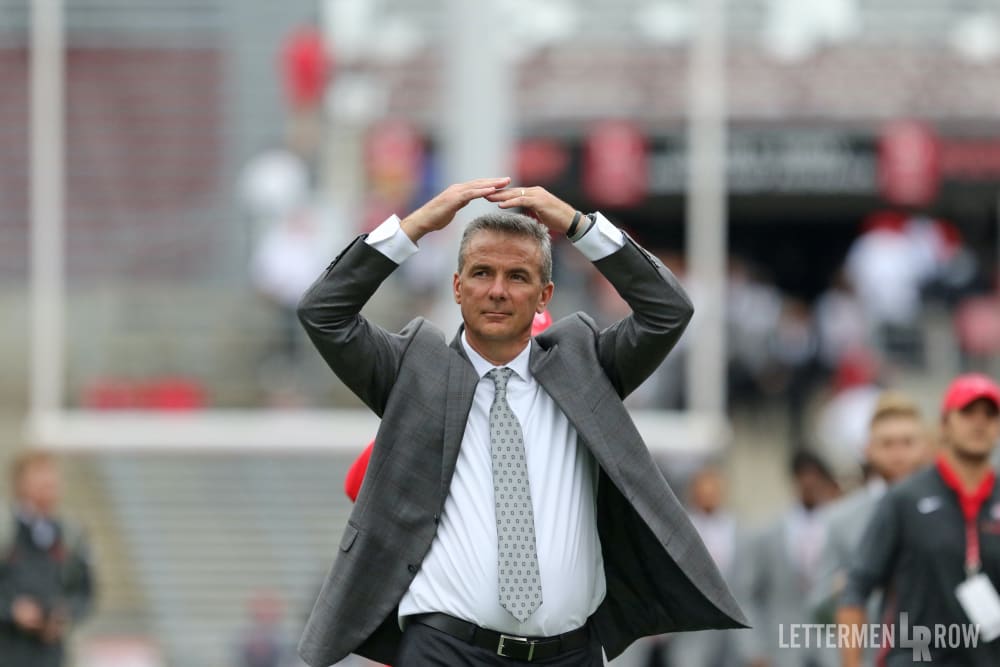 Ohio State coach Urban Meyer met with the media Wednesday night to preview the Penn State game. Here’s some of what he had to say:

When Wandale Robinson showed at Ohio State for the Buckeyes’ Sept. 8 game against Rutgers, there was little doubt that it was good news. That visit, an unofficial one, helped the Buckeyes chances to land the 4-star athlete from Frankfort (Ky.) Western Hills, he told Lettermen Row.

Now Ohio State will be on the receiving end of Robinson’s fifth and final official visit, which he plans to take Oct. 6 for the Indiana game. A decision could be coming in mid-October, so the Buckeyes have a chance to make a big impact when he visits.

Who are your top 10 most valuable Ohio State players on this year’s team? Lettermen Row took a crack at the list, and No. 1 shouldn’t come as a huge surprise.

If you’re not reading Cade Stover’s weekly journal entry on Lettermen Row, you’re missing out. A rainy weekend means no farm stories this week, but with a big matchup looming Stover did give some insight into why he chose Ohio State over Penn State.

“Ironically, Penn State was one of the schools I visited and considered during the recruiting process. It was a great campus, beautiful and out in the country, which is right up my alley. I didn’t feel the love and passion there I did at Ohio State, but most of all I didn’t feel the comfort that I felt at Ohio State. The Buckeyes staff made me feel like I was a part of the program from the first time I stepped on campus.”