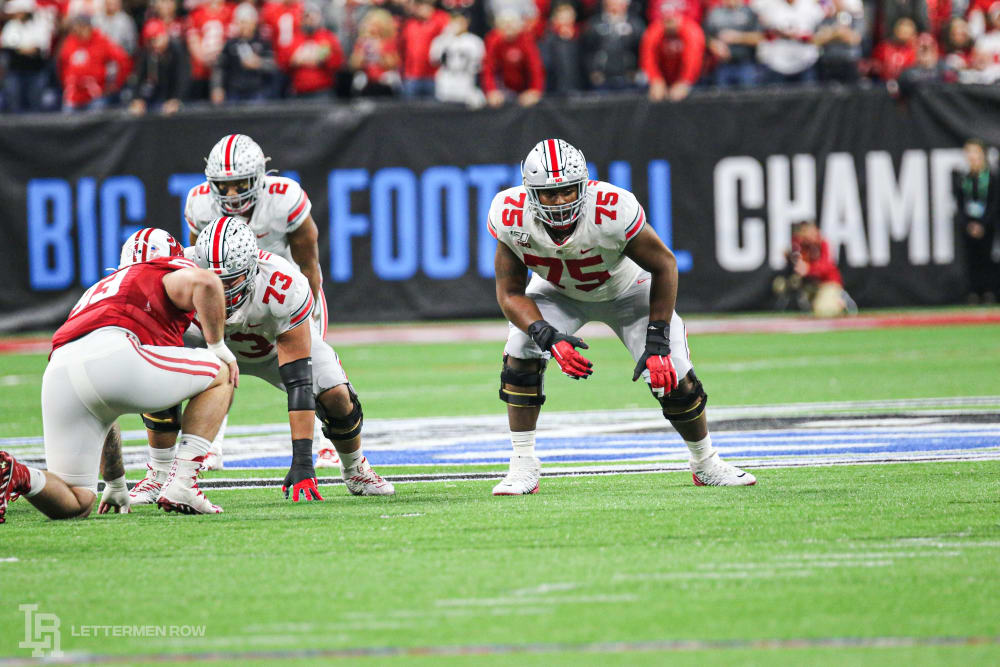 Ohio State has more first-round draft picks than any other school in history. That should be more of the same in next year’s NFL draft.

The three of them could’ve left after last season and been selected in the draft. Now, they have a chance to go in the first round with another strong season at Ohio State.

Odds to be first offensive linemen taken in 2021 NFL draft

Ohio State went after two highly-rated running backs in the 2020 recruiting cycle. The Buckeyes missed on both of them, but they still came away with in-state three-star back Miyan Williams, a player Tony Alford and the staff are excited about having on campus.

Williams knows the Buckeyes were going after higher-rated prospects than him. And that fuels him, it gives him a chip on his shoulder. Lettermen Row has a story about Williams and the beginning of his Ohio State career.

Part of it is here:

Williams wasn’t part of the early-enrollee class that showed up in January before being sent home in March. He finally arrived on campus Monday ready to get to work toward proving doubters who shook off his commitment to Ohio State wrong.

The chip on his shoulder is the size of a boulder, because it’s not just Alford hearing the criticism of not landing an elite five-star prospect and settling for the three-star Williams.

“There is a chip on my shoulder,” Williams told Lettermen Row back in March.”That just makes me grind harder than ever. I really don’t care about the rankings, because they don’t help you get better at what you are doing. So, the rankings didn’t matter to me.”

Ohio State is officially back in the Woody Hayes Athletic Center for voluntary workouts, and another episode of Lettermen Live hosted by Roosters is here to break everything down.

Former Ohio State football players Doug Worthington, Justin Zwick and Anthony Schlegel joined Austin Ward for this week’s episode. The panel discusses the Buckeyes return to Columbus for voluntary summer workouts and what the Buckeyes need to accomplish in the first few days of summer camp, as well as what they missed while being at home instead of in the facility.

Lettermen Live is back for another week. Check it out here.