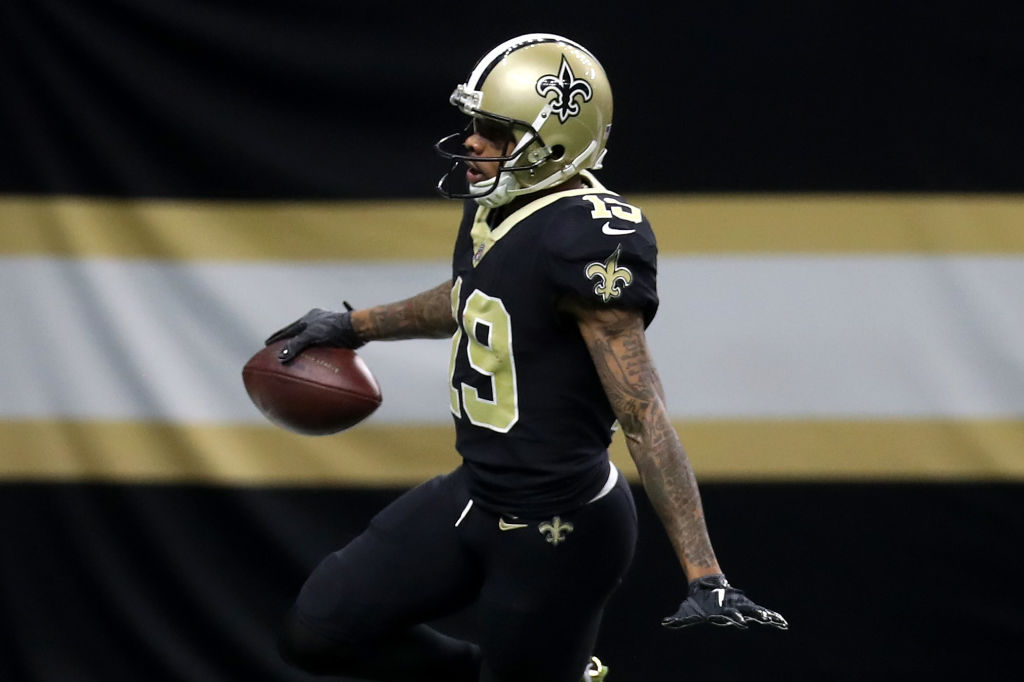 Ted Ginn Jr. was an unstoppable star for Ohio State. And he had a long, productive NFL career after his time with the Buckeyes.

But after 14 seasons in the NFL, Ginn announced his retirement from the league Friday.

Following his Ohio State career in which he caught 135 passes for 1,943 yards and 15 touchdowns, he was the ninth overall pick by the Miami Dolphins in the 2007 NFL draft. Ginn spent his 14 seasons with six different teams, most notably the New Orleans Saints and Carolina Panthers. In his time in the league, Ginn caught 412 passes for 5,742 yards and 33 receiving touchdowns to go along with two rushing touchdowns.

A deep threat and speedy weapon, Ginn was a return specialist and do-it-all player for the Buckeyes and every team he was on in the NFL. Now he’s done playing. Ginn has retired from football.

The Tim May Podcast is back for another episode as Ohio State makes its way through the tail-end of the offseason.

Lettermen Row’s Tim May has a huge edition of the show, this time diving into athlete’s mental health, and the idea that Ohio State is on the cutting edge of this pressing issue for college athletes.

Tim talks to Dr. Chelsi Day, the sports psychologist for the Ohio State Wexner Medical Center. Dr. Day works exclusively with Buckeyes athletes to deal with their mental health and make sure they have the tools and resources they need as student-athletes.

Tim also made sure to ask Buckeyes linebacker Teradja Mitchell and head coach Ryan Day what they believe about athlete’s mental health back in the spring, and those answers were included in this edition of the podcast, making it a must-listen for fans hoping to further understand the issues they deal with.

How do the Buckeyes help their athletes? What resources are available? Why is this such a large issue in college athletics right now?

Find out on this episode of the Tim May Podcast.

His size and speed alone would make him a Division I prospect no matter where he’s from. But his unique work ethic and approach to learning the game of football create something unique. In a whirlwind month of June, Kanu — the No. 13-ranked defensive lineman in the Class of 2022 — visited 16 different colleges. He camped at each one, driven by a desire to compete and to build relationships.His newness to the game means how he’s coached is as important as who is coaching him.At every single camp, Hero Kanu has impressed. He’s well-ahead of the curve considering his inexperience. He listens, he learns and he quickly applies what he’s taught.

That makes him the perfect kind of defensive tackle for Larry Johnson and Ohio State. Kanu has almost unlimited upside, and that’s why Johnson has made him a priority, especially in the last month.

And Ohio State likes a lot about Hero Kanu as well.Crazy upside, rare athleticism and a thirst to get better every day make him a truly rare 2022 prospect. That’s why he’s the latest addition to The List from Lettermen Row. Jeremy Birmingham and Spencer Holbrook break down this recruitment and what makes him so important for Ryan Day and the Buckeyes.