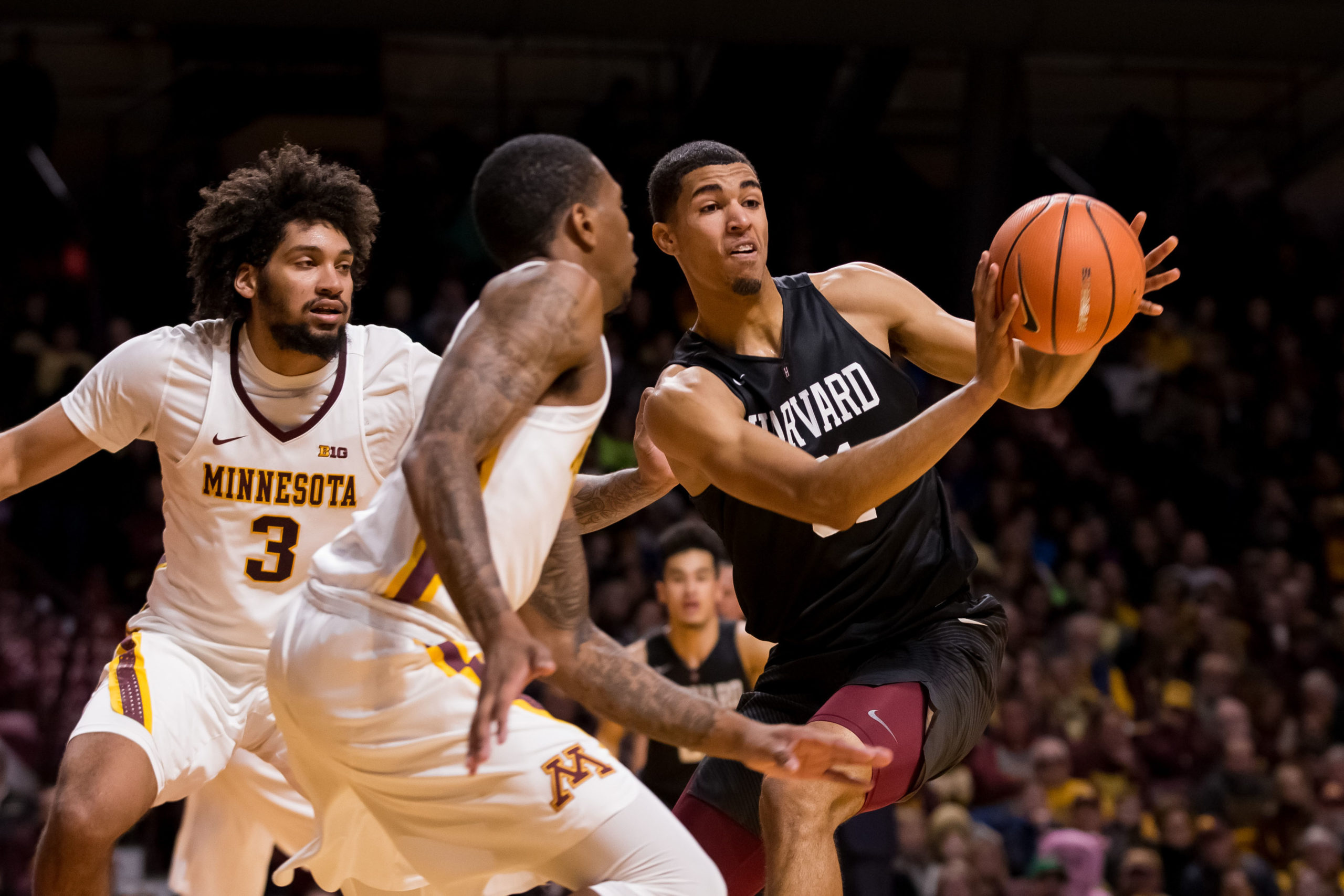 Seth Towns detained at protest, speaks out against violence

Ohio State basketball player Seth Towns became a Harvard graduate over the weekend. Fewer than 24 hours later, he was detained by law enforcement at a downtown Columbus protest, one organized after the killing of George Floyd by a police officer in Minneapolis.

“In a span of just 24 hours, I walked across a Harvard virtual graduation stage into the back of police van alongside other peaceful protestors — both of which I am equally proud of,” Towns said in a tweet Saturday.

Towns was detained, never arrested, and released. He also drew praise for his part in the peaceful protest he was a part of. Coach Chris Holtmann detailed in a statement that he stands with his players. Athletic director Gene Smith tweeted in response to one of Towns’ tweets over the weekend, saying “Proud of you, Seth!”

Harvard head coach Tommy Amaker also tweeted his support of Towns, who played for Amaker at Harvard before announcing his decision to transfer to Ohio State this spring.

Seth Towns and members of the Ohio State basketball community weren’t the only athletes who spoke out to condemn racism over the weekend. Master Teague, Teradja Mitchell and plenty of others joined in sending messages, some long and elaborate. But others were short and simple, yet powerful.

From Lettermen Row’s Tim May:

Several players have gone to Twitter to express thoughts the past few days, not the least of whom was running back Master Teague III.

“Let’s respond to injustice, but it’s how we respond that makes the difference,” Teague wrote, headlining a message in which he urged all to “sow positivity” because to “respond with compassion in a way that’s constructive, I believe that we will have a positive result.”

Teague and Mitchell are African-American, as is OSU athletic director Gene Smith, who put out a message recalling how his mother suffered the indignities of growing up in the south in the Jim Crow era, only to see her son rise to become a major figure on the national scene in college athletics.

For the messages posted by more Buckeyes and a full story from Tim, click here.

Can Tyreke Johnson live up to recruiting hype?

Tyreke Johnson was a five-star prospect out of high school. But in his first two seasons on campus, he has been buried on the depth chart and hasn’t been given a chance to break out as a force for the Ohio State defense. But now, Kerry Coombs, the coach who recruited Johnson, is back and ready to help him reach his potential.

Lettermen Row broke down how reuniting Coombs and Johnson could work out well for both parties:

The former five-star recruit redshirted in his first season on campus and appeared in eight games last year, but he only totaled three tackles in action. When the Buckeyes needed a cornerback off the bench at any point, Johnson’s name was never called. He was an afterthought on last year’s defense after being a key piece to a recruiting class not long ago.

He won’t be an afterthought for long. He hasn’t even had a chance yet. And when he gets one, big things might be in store. The man who recruited him to Ohio State, Kerry Coombs, left for the NFL before Johnson could even play for him. But now two years later, Coombs is back in Columbus and ready to help Johnson tap into the five-star potential.

Buckeyes dealing with pressure on, off field
Five Questions for Buckeyes as quarterbacks chase records, Heisman