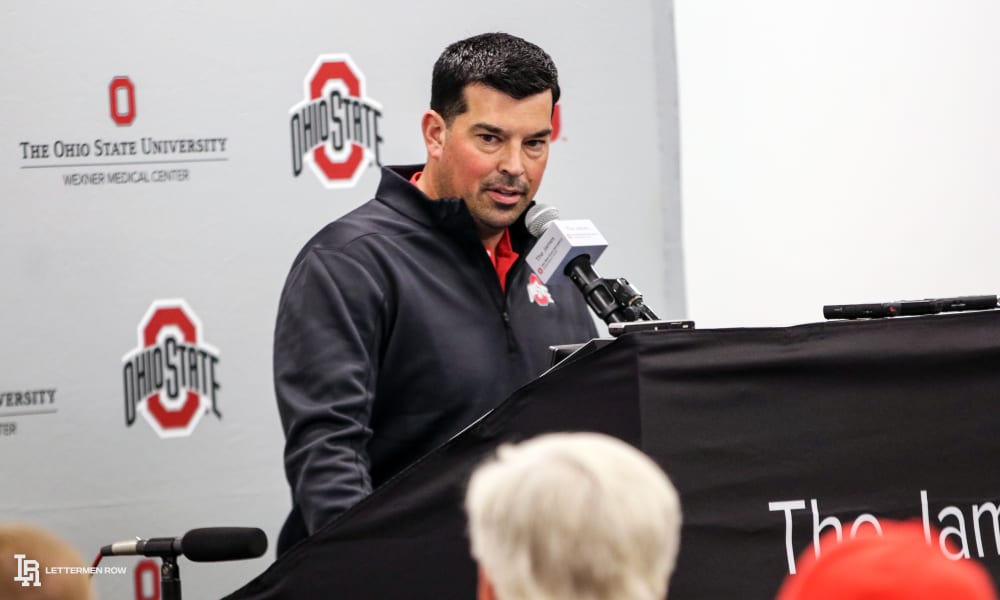 As the Buckeyes gear up for their first road trip of the season, Ryan Day, Greg Mattison and others met with the media Tuesday to preview Indiana and assess Ohio State through two games. Day spoke for roughly 30 minutes, and he knows the Buckeyes have traditionally struggled on the road at Indiana.

“After looking at the film of Indiana the first couple of days, their first couple games, they have a good team,” Day said. “A couple years into the system on defense, guys on that side flying around. They’re doing a good job with the new coordinator there on offense. We know going on the road, first conference game in the Big Ten and every time we play Indiana, it’s a tough game. Those guys always come ready to play. So we got our hands full early on.”

Day’s first game coaching at Ohio State as a coordinator in 2017 was at Indiana — and the Buckeyes trailed at halftime. But they stormed back to rout the Hoosiers in the second half.

The full list of Buckeyes who spoke to the media Tuesday and the video of their interviews can be seen below:

The Buckeyes nailed down a huge piece of their 2021 recruiting class Tuesday morning, when Ironton 4-star linebacker Reid Carrico chose Ohio State over Kentucky, Clemson, Alabama and others.

With Carrico’s pledge, Ohio State is putting a fence around the Buckeye State, already holding commitments from four of the top five prospects in the state, according to 247sports.com.

As the rankings currently sit, the Buckeyes have the third-ranked class for 2021, even though they have just five pledges to this point. Miami (Fla.) and Texas are ranked higher than Ohio State, but those programs have 12 and eight commitments, respectively.

Want to know a bit more about Carrico? Be sure to check out his recent appearance on Birminology.

After rolling over Cincinnati 42-0 on Saturday, the opening betting line for Ohio State’s first road trip of the season came out Sunday afternoon. That line initially pegged Ohio State as a 14-point favorite over Indiana, despite the Hoosiers 52-0 beatdown of Eastern Illinois over the weekend.

Since the first line came out, the number has actually grown in favor of Ohio State.

Money continues to come in on the Buckeyes, pushing the betting line to a consensus of 16. According to the Action Network, 93 percent of public money for this week’s game has been placed on Ohio State. That will certainly inflate a gambling line.

New episode of The Tim May Podcast

Former college defensive coordinator Jimmy Burrow, the father of LSU quarterback Joe Burrow, joined The Tim May Podcast to break down his son’s rise from Ohio State quarterback to Heisman Trophy hopeful with the Tigers. May and Burrow talked about Joe’s decision to leave Ohio State and his relationship with the coaching staff he left in Columbus.

Lettermen Row’s Austin Ward joined the show to break down the Buckeyes big win over Cincinnati and preview the upcoming Big Ten opener against Indiana.

If you like the show and haven’t subscribed yet, make sure to subscribe, rate and review The Tim May Podcast. The show is available on YouTube, iTunes, SoundCloud, Google Play and Stitcher.