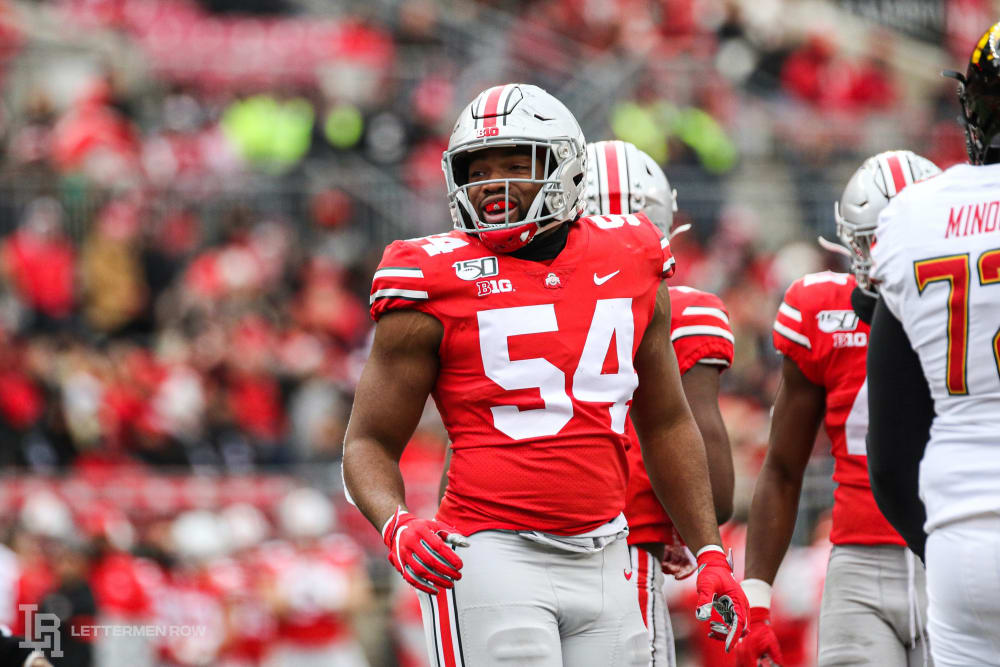 Tyler Friday and the Ohio State defensive ends have been stellar this season. (Birm/Lettermen Row)

Ohio State would be a lot better if Chase Young was playing right now.

But while the best player in America sits out due to a suspension, the rest of the Rushmen on Ohio State’s defensive line gets a chance to feast on opposing offensive lines. On Saturday, it was Davon Hamilton and Tyreke Smith, who each had two sacks as the Buckeyes had a season-high seven sacks as a team.

Nearly all of the defensive ends have been banged up at some point this season, yet the Buckeyes are piling up sacks with ease.

“It proves that we can get through adversity,” Smith said. “We’re resilient.”

It is unknown how long Young will be out for the Buckeyes. But in the meantime, there are plenty of Rushmen to pick up the slack in his absence.

Tunmise Adeleye, a 5-star defensive lineman from Katy (Texas) Tompkins High School, was the guest on Monday’s edition of Birminology. Adeleye would prefer not to come north for college, but Ohio State is the only school that could make him do it.

What is Tunmise Adeleye looking forward to about his next visit to Ohio State? When does he want to make a college decision? What does he think about playing as a 3-tech defensive lineman? Find out those answers and a lot more in this week’s edition of Birminology on Lettermen Row.

The latest Birminology can be found here.

Could Buckeyes score 100 on Rutgers?

If Ohio State wanted to, it could walk into SHI Stadium on Saturday in New Jersey and score 100 points on Rutgers. Right?

Well, that point will be debated all week — for good reason — because the Buckeyes probably could if they truly wanted to. They scored 42 points in a quarter against Miami (Ohio). Ohio State could come close to that in multiple quarters against the Scarlet Knights, making the thought of 100 points a real one.

Oh, and Ohio State coach Ryan Day said the Buckeyes will treat every first half the same, meaning he won’t take his foot off the gas until halftime. The score of Saturday’s game should be quite ugly by halftime. On the latest Lettermen Live hosted by Roosters, Lettermen Row senior writer Austin Ward was joined by three former Buckeyes to discuss the possibility of 100 points and much more, all part of a fun, casual conversation at Roosters.