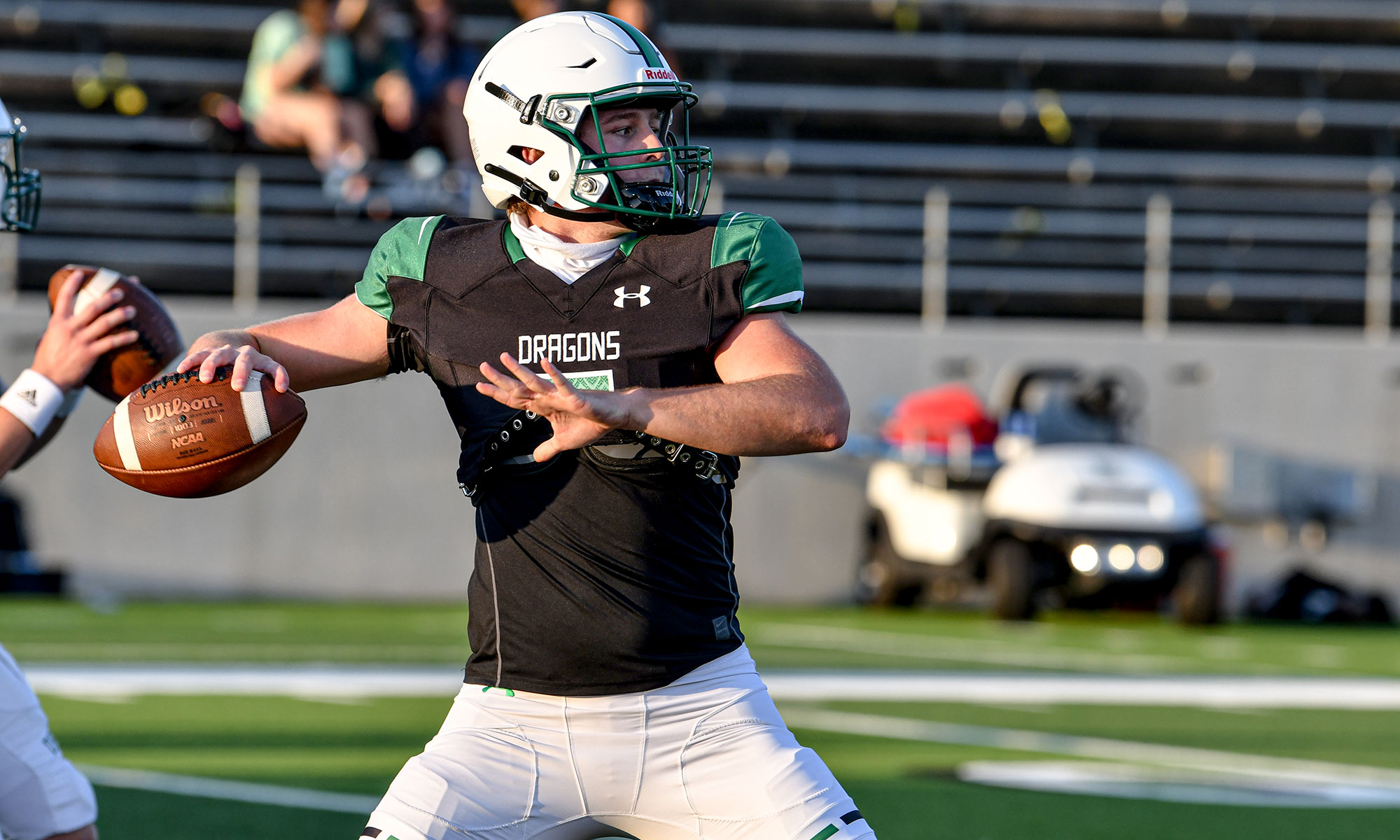 Quinn Ewers is heading to the Elite 11 Finals. (Quinn Ewers/Special to Lettermen Row)

Quinn Ewers is a five-star prospect and is currently the No. 1 overall player in the class of 2022.

The Ohio State commit has plenty of accolades already piled up, including an invite to the All-American Bowl later this year. He now knows he’ll also be at the Elite 11 Finals this summer.

There are still spots open, but Ewers will be the headliner of the event. There is no set date yet for the Finals. But Quinn Ewers will certainly be there.

The Buckeyes just wrapped up spring camp on Saturday with their annual scrimmage inside the Horseshoe. Ryan Day and his coaching staff will look at all 15 practices from March and April to evaluate where the quarterback competition stands heading into the summer.

And even if C.J. Stroud looks like the starter, Day isn’t going to crown him as the Ohio State quarterback until August. That isn’t stopping oddsmakers from thrusting the redshirt freshman into the Heisman Trophy conversation. BetOnline.ag has revealed its odds for the most prestigious award in college football, giving Stroud (+1200) the fifth-best odds to take home the trophy in 2021.

For more on the odds to win the Heisman Trophy and where Stroud stands in the Ohio State quarterback competition, click here.

Five-star running back will visit Buckeyes

Ohio State continues to recruit the best players from around the country, regardless of where they are. The latest example of that comes from the Sunshine State, where the Buckeyes are hoping to strike gold with a five-star running back.

Five-star 2023 running back Richard Young will make his way to Columbus for an unofficial visit in June, according to his social media account.

Lettermen Row’s Jeremy Birmingham has more details on the upcoming visit for Young and the Buckeyes:

Young is a 6-foot, 190-pound youngster who has been the No. 1-ranked prospect at his position since that class made its way into the rankings. Young has offers from 35 schools, and that list includes each of the country’s top programs. Tony Alford has been very involved with the standout from Lehigh Acres (Fla.). Young told Lettermen Row a while back that he was very interested in the way Ohio State utilizes their tailbacks.

For the full story and the latest on the recruiting trail, make sure to check out what Birm has to say here.