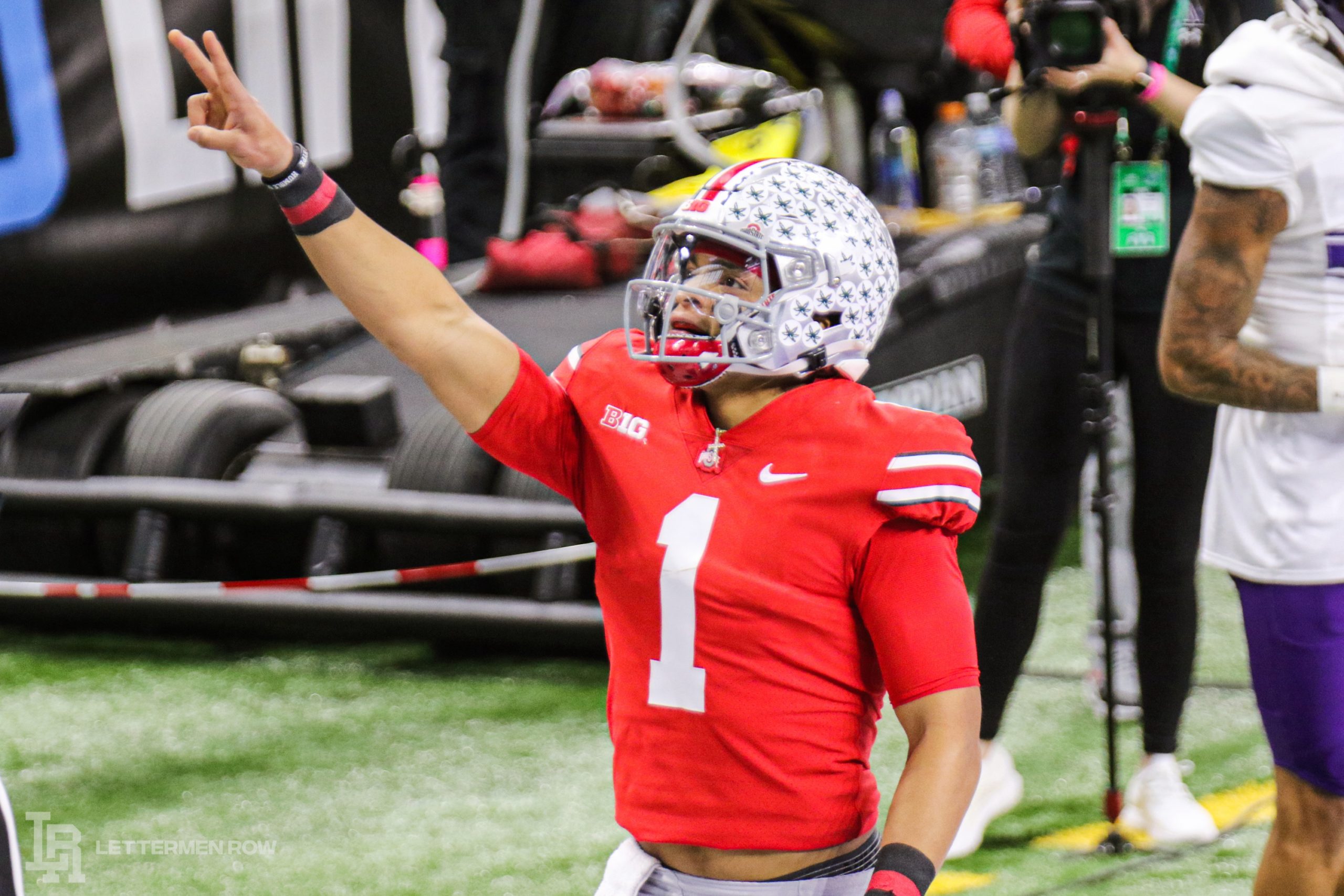 Wyatt Davis knows how Justin Fields works inside the film room and on the field. Davis, a two-time all-American guard at Ohio State who blocked for Fields the last two seasons, has been around Fields more than most others.

The narrative surrounding Fields and his draft stock doesn’t make much sense to Davis, the former Buckeyes captain. It actually makes him laugh as teams and talking heads continue to doubt Fields ability and work ethic.

“Honestly, I think the certain narrative that you’re talking about that’s getting pushed out, I just kind of sit there and laugh about it,” Davis told Siciliano. “Because one, I know the type of guy he is and the type of guy he is in the film room. This is a guy who is the last one to leave the facility and is the last one to leave the film room. He’s doing everything in his power when it comes to the game to make sure there’s no mistakes. As far as him loving football and how that goes, he was the main one that was pushing the Big Ten to have a season. So I kind of just sit there and laugh at that narrative.

Davis has blocked for Fields the last two seasons and watched him work every day. He knows what kind of player Fields can be in the NFL. So the narrative around Fields right now certainly gives him a reason to laugh.

Ohio State has officially wrapped up spring practice after the scrimmage Saturday. Lettermen Live is back at Roosters to break it down.

Lettermen Row senior writer Austin Ward is joined by Nicole Cox from Roosters, staff writer Spencer Holbrook and a pair of former Buckeyes who know all about making plays in the Spring Game. Former Ohio State linebacker Bobby Carpenter and former Buckeyes quarterback Justin Zwick join the show to talk about what they saw in the scrimmage.

The crew hands out MVP honors from the game, breaks down what it saw from some of the young stars on the roster and how the team should feel heading into a crucial summer.

Top 2023 offensive lineman Payton Kirkland has made the most of the last year, as weird as it has been.

The 6-foot-7, 315-pound sophomore has early scholarship offers from 41 schools. College coaches are clearly paying attention to the work he’s done in his two years at Dr. Phillips High School in Orlando. Ohio State was one of the early believers, led by Central Florida recruiting ace Tony Alford. The offer from the Buckeyes was something that the Chicago native had long dreamed of.

The future is coming soon for Payton Kirkland. Whether or not he can see himself at Ohio State is still being sorted out. He’ll be on the road throughout the entire month of June, trying to sort out his numerous opportunities.

What is he looking for outside of a winning football program? How important are the connections he’s making with his peers? What former Buckeyes lineman does he watch the most?

One of Ohio State’s four in-state 2023 offers joined Birminology to talk about those things and more with Lettermen Row.