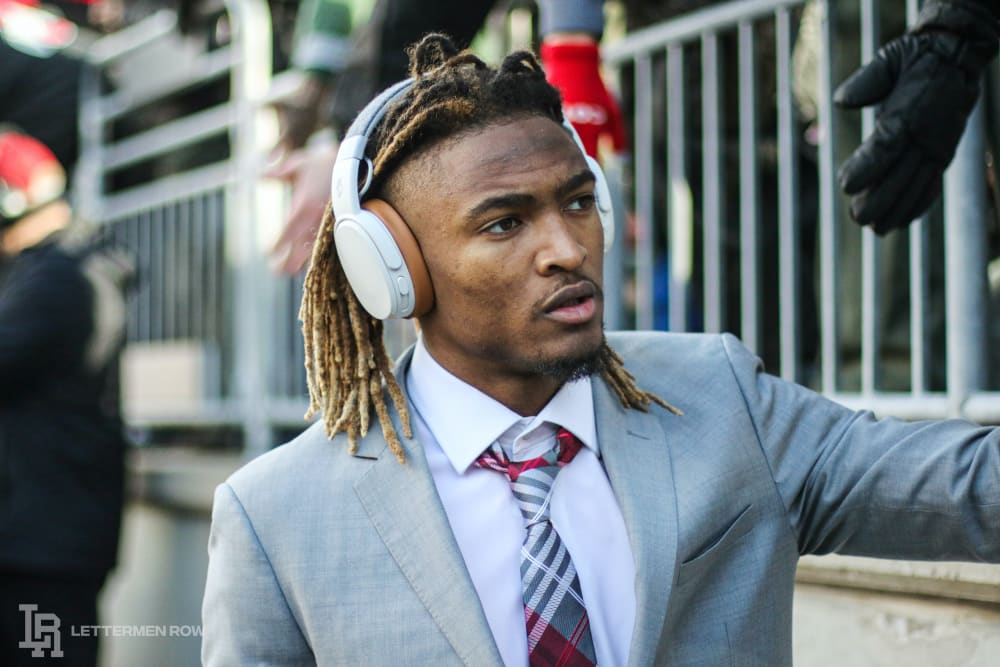 Shaun Wade made his first watch list of the preseason. (Birm/Lettermen Row)

Shaun Wade has cracked his first preseason watch list. It won’t be the only award list he’s on before the season starts.

The only returning starter from the Ohio State secondary, Wade passed on a chance to play in the NFL for one more season with the Buckeyes, and he’s going to be a trendy pick to win some national awards. He was one of the 42 players listed on the Lott IMPACT Trophy watch list Thursday.

The trophy, given to the top defensive player in America, listed 11 defensive linemen, 16 linebackers and 15 defensive backs, including Wade. Ohio State has only had one winner of the trophy, when linebacker James Laurinaitis won the honor in 2008.

Wade came back to Ohio State to be a dominant lockdown cornerback. And the first preseason watch list of the season suggests he will be just that.

Former Ohio State running backs Beanie Wells and Antonio Pittman had a deep conversation about personal experiences of racial injustice and how the death of George Floyd has affected them and the black community.

Both men shared unique stories from their interactions with law enforcement, their feelings about the state of race relations in Columbus and around the country, and what changes in American society are needed to make a difference to combat and end racism in our country. Pittman also provided a black first-responder’s perspective. He is currently a firefighter.

Don’t miss this opportunity to hear their voices about huge issues facing the United States today.

Ohio State has had plenty of attrition at quarterback in the last few years. From Joe Burrow to Dwayne Haskins, Tate Martell and Matthew Baldwin to next year when Justin Fields leaves for the NFL, the Buckeyes have gone through plenty of quarterbacks.

So when Fields and Gunnar Hoak are gone next year, the Buckeyes will be back to three quarterbacks on the roster. Should they recruit another signal-caller in the 2021 class to get their roster full of four scholarship quarterbacks? Lettermen Row recruiting expert Birm has a column asking that same question. Part of it can be found here:

Ohio State has four scholarship quarterbacks now, but Gunnar Hoak will be gone after the upcoming season and Justin Fields is most certainly expected to be as well. That means, without any further attrition — and that’s never guaranteed in the transfer portal era — the Buckeyes are going to enter the 2021 season with C.J. Stroud, Jack Miller and Kyle McCord on the roster.

And Ryan Day is back to square one, down one quarterback — at least.

So should the Buckeyes recruit another quarterback in the 2021 class? Birm has the answer here.