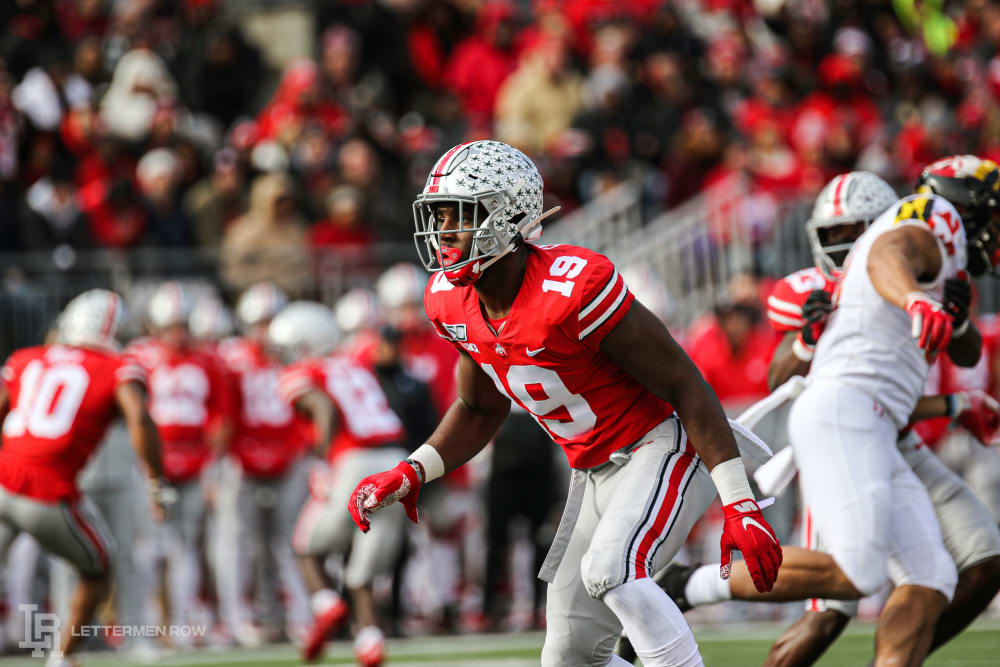 Ohio State is a massive road favorite for their matchup against Rutgers. (Birm/Lettermen Row)

Weather: High of 39 degrees with a 0 percent chance of precipitation

The line: The Buckeyes are a 52.5-point favorite, per BetDSI

The Buckeyes don’t need all of their starters to beat this hapless Rutgers team in Piscataway.

But that doesn’t mean they won’t miss them ahead of the game against Penn State next week. Ohio State will be without Chase Young, Jonathon Cooper, Baron Browning and Austin Mack against the Scarlet Knights.

Young’s timetable to return is now known; he’ll be back next week after serving a two-game suspension handed down by the NCAA. Business is about to pick up for the Buckeyes once Rutgers is out of the way. It remains to be seen if Cooper, Browning and Mack will be ready then, but it’s clear they aren’t quite ready yet.

What can be expected of the No. 2 Buckeyes as they travel to face a terrible Rutgers team? Who among the second- and third-stringers will make a difference in the second half? How will the Ohio State offense look before next week’s test against Penn State? The Lettermen Row staff passed out five bold predictions ahead of the tune-up game against the Scarlet Knights. Here’s what our staff predicted to see.