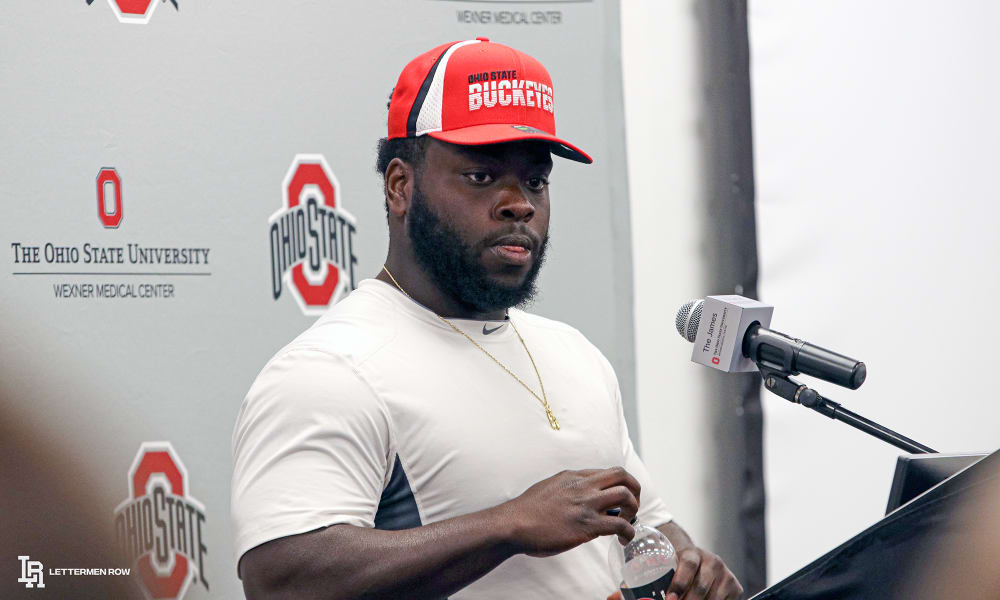 The Ohio State run defense was criticized at times last season, especially after the Maryland game, in which the Buckeyes allowed Anthony McFarland to run for nearly 300 yards on them.

But that was the past, and the Silver Bullets appear to have the woes in the run defense completely turned around. Through three weeks, the Buckeyes are allowing 1.74 yards per carry, which is fourth in the country but also third in the Big Ten.

That stat will turn heads and look impressive on paper, even to one of the Silver Bullets.

“Oh, that’s ridiculous,” defensive tackle Robert Landers said when he was told the stat Tuesday. “It’s crazy because we can be a lot better.”

Wisconsin and Michigan State are both in front of Ohio State in the run defense category — for now. If you ask Landers, the Buckeyes can only get better.

This week on The Tim May Podcast, former Ohio State fullback Vaughn Broadnax joined Tim May. Broadnax played for the Buckeyes from 1980-1983 and was a lead blocker for Tim Spencer. Lettermen Row senior writer Austin Ward also joined May to break down the Ohio State win over Indiana. May broke down his favorite play from the win, too.

The Tim May Podcast is available on iTunes, SoundCloud, Google Play and Stitcher.

While Jonathon Cooper and Tyreke Smith have missed time, the door has been opened for young defensive ends Tyler Friday, Zach Harrison and Javontae Jean-Baptiste to step in and prove they can make a difference.

Each of the young Rushmen tallied a sack Saturday in the second half against Indiana, so naturally, Lettermen Row senior writer Austin Ward had to invite former Ohio State linebacker Zach Boren into the Lettermen Row studio to break the sacks down.

The latest BuckIQ revisits the three sacks, what made them happen and how they can happen again from the young contributors.

Quotes of the week through Tuesday

On the Mid-American Conference coaches conference call Monday, Miami (Ohio) coach Chuck Martin started the week with a quote about facing Ohio State this week, and it seemed to be a good way of describing the game: “It’s kind of like going to recess and they have the first 85 picks.”

Yurcich when asked about Fields: “He knows he hasn’t arrived yet.”

Day on Fields: “I think where he is right now is light years ahead of where I thought he’d be.”

Arnette when asked about the cornerback play: “I’m excited because I think we’re going to win the Natty.”

Fields when asked if “hitting the Woah” was part of opening up to teammates and becoming a leader: “Not every quarterback out there can ‘hit the Woah’ quite like me.”

Miss any of the media session with the Buckeyes? Check out Lettermen Row’s Youtube channel for all player and coach interviews.