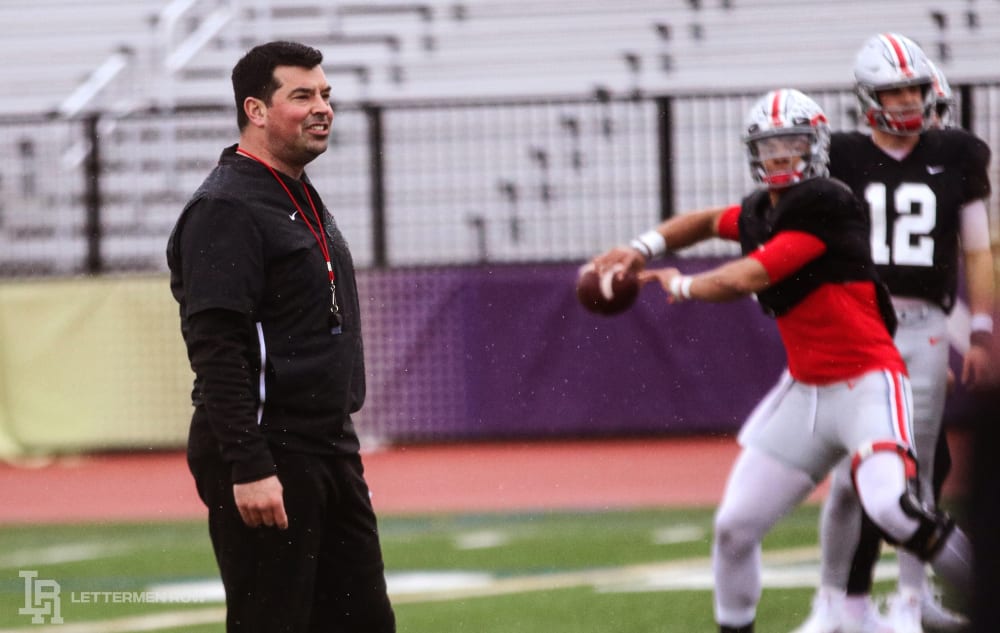 Ohio State has been recruiting nationally since Urban Meyer took over the program in 2012.

That’s what has helped the Buckeyes become one of the five most elite college football programs in the country. And they never truly stop expanding where they can go on the recruiting trail. When Texas was struggling a few years ago, the Buckeyes recruited Texas. The same happened in Florida, Tennessee, North Carolina, Maryland and New Jersey, among others.

But now, North Carolina, Tennessee and some of the Texas schools are beginning to move things in the right direction — or so it seems. Ohio State will continue to have a presence in those areas, but the recruiting battles might not be as easy as they once were for programs like the Buckeyes to come in and poach the best those states have to offer.

That brings up an interesting — but important — question: Where might Ryan Day and Ohio State attack next? Will they explore new recruiting ground or stay with where the talent has come from in the last few cycles? The Lettermen Row crew dissected that topic and much more on a brand new episode of Talking Stuff: The Ohio State Recruiting Podcast. Give it a listen to find out everything you need to know on the recruiting trail.

One key for Ohio State was to lock in the best prospect that its home state had to offer on the offensive line for 2021. The Buckeyes did that when Richfield’s Ben Christman announced he was staying home last June. Six months later, Texas offensive lineman Donovan Jackson joined Christman in the commitment column in early January. Jackson, the country’s top-ranked offensive guard, has family ties to Ohio — and the Buckeyes coaching staff did a remarkable job recruiting him away from Texas, Alabama, LSU, Georgia and pretty much every other big-time college program out there.

With two early top targets committed and wearing the hat of the recruiter and not the recruit, Ohio State has been able to turn the focus to a handful of players from around the country to try to close out another important group of offensive line prospects.

Which players are near the top of the list? Could the Buckeyes poach some of the best tackles away from their home-state schools? How many offensive linemen are in the conversation? Our very own Birm dove into the potential offensive line targets Saturday, and it’s a must-see list of some of the country’s best offensive line prospects. Check it out here.

It seems as if Ohio State began to turn a corner over the weekend. Maybe it was just the string of two straight home wins after last weekend’s loss at Wisconsin, when the Buckeyes looked out of sorts and uninspired. Or Maybe Chris Holtmann’s team has officially shrugged off the January struggles, when it lost six of seven and began to sink in the Big Ten standings.

The latest in a run of recent wins strung together, a 68-52 win over a Purdue team that had been playing good basketball entering the game, showed even more proof that this Ohio State team may have a Big Ten run in it after winning five of its last six.

Plenty of basketball is left to be played. The Buckeyes (17-8, 7-7 Big Ten) will hit the road at Iowa before returning home next weekend for a rematch with Maryland, a top-10 team who handled them in January. Those games might tell more about Ohio State than the win over Purdue.

Lettermen Row was on site to break down the Buckeyes win over Purdue. Miss it? Check it out here.