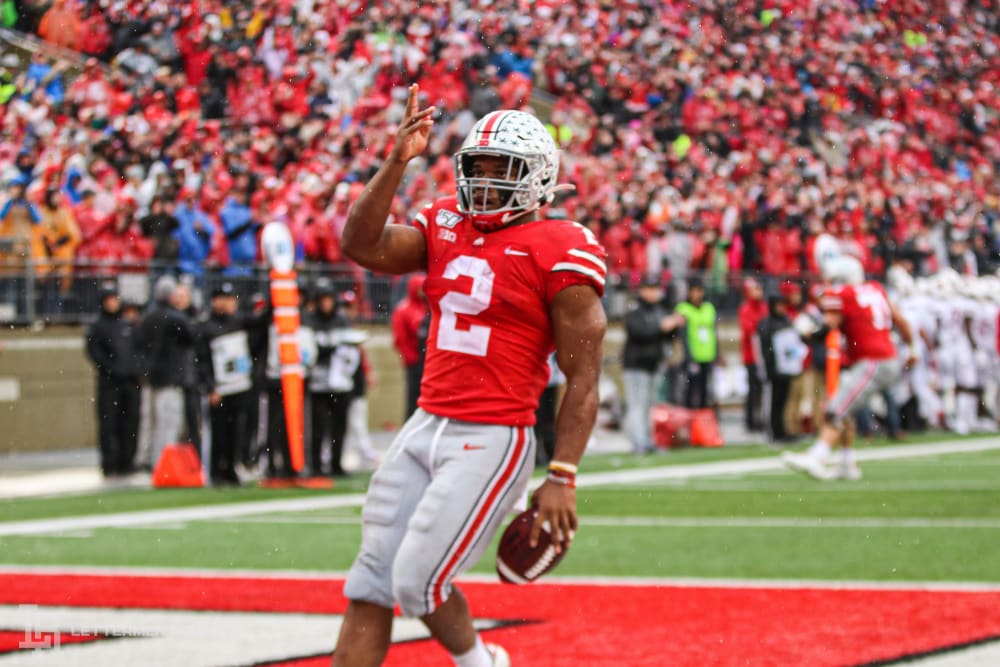 Ohio State just keeps rolling, and the Buckeyes continue to control their destiny for the College Football Playoff.

In previous seasons, a loss forced the Buckeyes to have at least one eye on the weekly rankings release. But this season has been a different story, so there’s no reason for Ryan Day and Ohio State to pay any attention to the standings. Even if the Buckeyes aren’t watching where they stand in the College Football Playoff rankings, they found themselves at No. 2 in the latest poll, which was announced Tuesday on ESPN.

The message for the Buckeyes is simple: win and they’re in. Easier said than done, though. Their next opponent, Penn State, checked in at No. 8, while Michigan moved up to No. 13. Ohio State could also face a third straight ranked team in a potential Big Ten championship game a week after the Michigan game.

If the Buckeyes win out, they could find themselves as the No. 1 seed in the Playoff. But for now, they’ll take No. 2.

For the latest reaction to the rankings, check out Austin Ward’s breakdown.

As the Buckeyes begin prep for their toughest test to date, coach Ryan Day, co-defensive coordinator Jeff Hafley and select players were made available to the media Tuesday afternoon inside the Woody Hayes Athletic Center. Ohio State players and coaches answered questions about the challenges Penn State poses, the return of superstar defensive end Chase Young and more.

Full player interviews and videos can be found below.

Want to know what Lettermen Row learned from the media session with the Buckeyes? Check out the latest from Austin Ward here.

While all the attention on Ohio State’s defensive line this season has been pointed to Chase Young, fifth-year senior tackle DaVon Hamilton is quietly having a monster season.

The interior run-stuffer has shown incredible pass-rush ability this season, adding to his arsenal of moves and finding new ways to get to the quarterback. Hamilton has four sacks — all in the last three games — and seven tackles for loss during his breakout run.

What has allowed Hamilton to flourish on the Ohio State defensive line? How is he continuing to expand his game? Can Hamilton still get even better in the next two huge games for the Buckeyes? Former Ohio State captain Zach Boren was in the Lettermen Row film lab with senior writer Austin Ward to break down the recent surge from the defensive tackle and try answering those questions in the latest episode of BuckIQ.