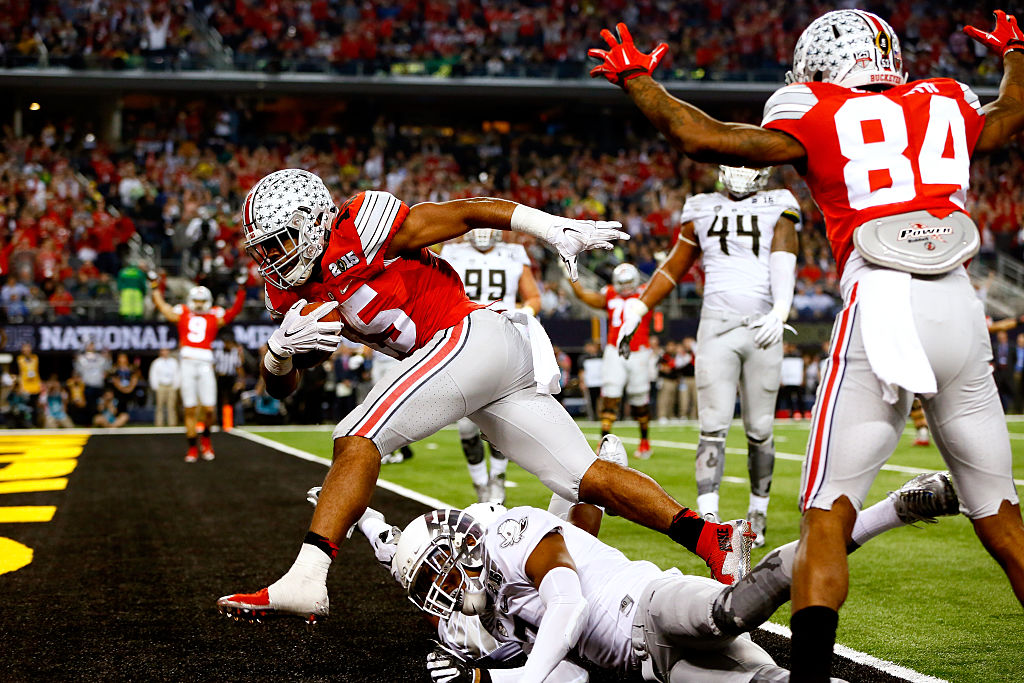 Ohio State has never lost to Oregon in football. The Buckeyes are a perfect 9-0 against the Ducks in their all-time matchups.

But Oregon is coming to Columbus for a massive nonconference showdown in September, in what should be one of the top games of the year in college football. And Oregon seems confident it can beat Ohio State on the road.

Oregon athletic director Rob Mullens made that clear in a radio interview Wednesday.

“[The Pac-12] has won more national championships when you combine all sports, than anybody,” Mullens said on Sirius XM Pac-12 Radio on Wednesday. “But at the end of the day, because of the visibility of football, that carries a disproportionate share of all of these college conferences. We have to take advantage of our opportunities. A lot of those come in the postseason, but we’re going to have some great opportunities in the non-conference segment this fall. We’ll have one, even though its game two and we’re focused on game one Ryan. … But the chance to take a trip to Ohio State, we would’ve loved to have them last year, but the chance to go out and compete against what many believe will be a top three, top five team on the road, will give us a chance to show what Pac-12 football is like.”

Ohio State hasn’t lost a regular season game since 2018 and hasn’t been beaten by a Pac-12 opponent since 2009. But the head of the Oregon athletic department seems confident the Buckeyes will be shown what Pac-12 football is like come September.

Ohio State players could soon profit off their name, image and likeness. The Tim May Podcast is back with a special guest: Ohio State athletic director Gene Smith.

They also talk about Smith turning down the PAC-12 commissioner job earlier this month. The conversation makes this episode a must-listen.

More than 14 months after a planned trip was cancelled last April, the 6-foot-5, 280-pound defensive lineman will officially visit the Buckeyes over the weekend of June 18-20. The date was confirmed by a Lettermen Row source Tuesday and turns the focus finally from what if to what now?

What now ended up being exactly what the Tuimoloau camp has stated all along. There would be no recruiting decision made until official visits were made. The intention, as has been reported by Brandon Huffman of 247Sports.com, is to take five official visits to each of the star player’s final five schools. Alabama, USC, Oregon and Washington are all expecting to host him as well.

As those visits happen, there’s sure to be a series of emotional and ups and downs. Tuimoloau isn’t likely to make an emotional reaction during any one trip. He’s waited too long for these visits. His eventual commitment almost certainly comes only after each visit has been taken. So the wait continues, but the end is now in sight for Ohio State and J.T. Tuimoloau.

Ohio State visit set for J.T. Tuimoloau, breaking down ideal 2023 quarterback, 2022 'In or Out'
Watch this video on YouTube.