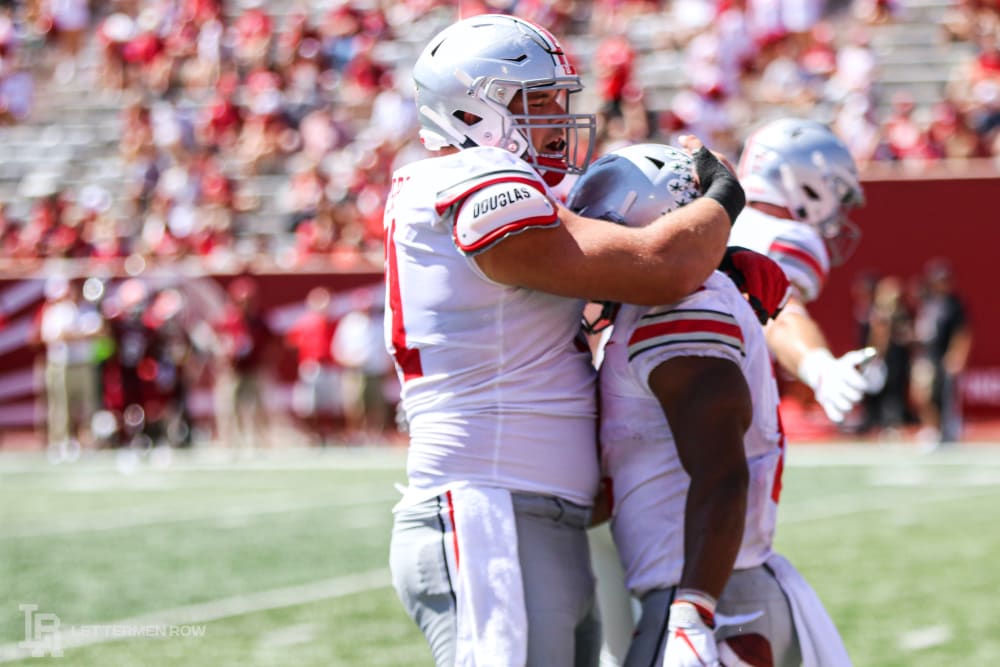 Ohio State center Josh Myers was among the five starting offensive linemen to grade as a champion for the third straight week. (Birm/Lettermen Row)

Ohio State’s offensive line has been impressive through three games, to say the least. The Buckeyes entire starting offensive line — Thayer Munford, Jonah Jackson, Josh Myers, Wyatt Davis and Branden Bowen — graded as champions following Ohio State’s 51-10 trouncing of Indiana over the weekend. They have each been champions in every game this season.

They weren’t the only guys to meet the criteria to be a champion this week, though. The complete list can be found below.

Ohio State has one final tuneup this weekend against Miami (Ohio) before the it gets into the thick of conference play.

But it’s becoming harder not to look forward to the Sept. 28 matchup with Nebraska. The kickoff time for the road trip to Lincoln was announced Monday, and as expected, the Buckeyes and Cornhuskers will play at 7:30 p.m. ET on ABC.

Nebraska began the season in the top 25, but a loss to Colorado on Sept. 7 dropped the Cornhuskers out of the standings. Either way, they have had this game circled on the schedule for months, and now they’ll have a primetime slot to attempt to pull off an upset over the Buckeyes.

This week on Lettermen Live hosted by Roosters, former Buckeyes Michael Doss, Anthony Schlegel and Beanie Wells joined Lettermen Row Senior Writer Austin Ward to break down all angles of Ohio State’s win over Indiana and look ahead at the upcoming matchup with Miami (Ohio).

Don’t have time to watch the full video? Lettermen Live is now available on all major podcasting platforms, including Apple.

Eugene Brown III, a 4-star prospect from Southwest Dekalb (Decatur, Ga.) High School announced his decision on Twitter. Brown visited the Buckeyes officially over the weekend, and he didn’t waste much time deciding where to commit after the visit.

Brown, a 6-foot-6, 185-pound swing guard, could end up being the lone commitment in the Buckeyes 2020 class. Currently, Andre Wesson is the only senior on the Ohio State roster. Barring any additional attrition, Brown has now filled the lone available scholarship.

The country’s 26th-ranked shooting guard, Brown is Georgia’s sixth-ranked prospect in the Class of 2020. He picked the Buckeyes over Georgia, Georgia Tech, Auburn, Butler, Clemson and others.

Miss anything in the world of recruiting Monday? Check out the latest Dotting the ‘Eyes.