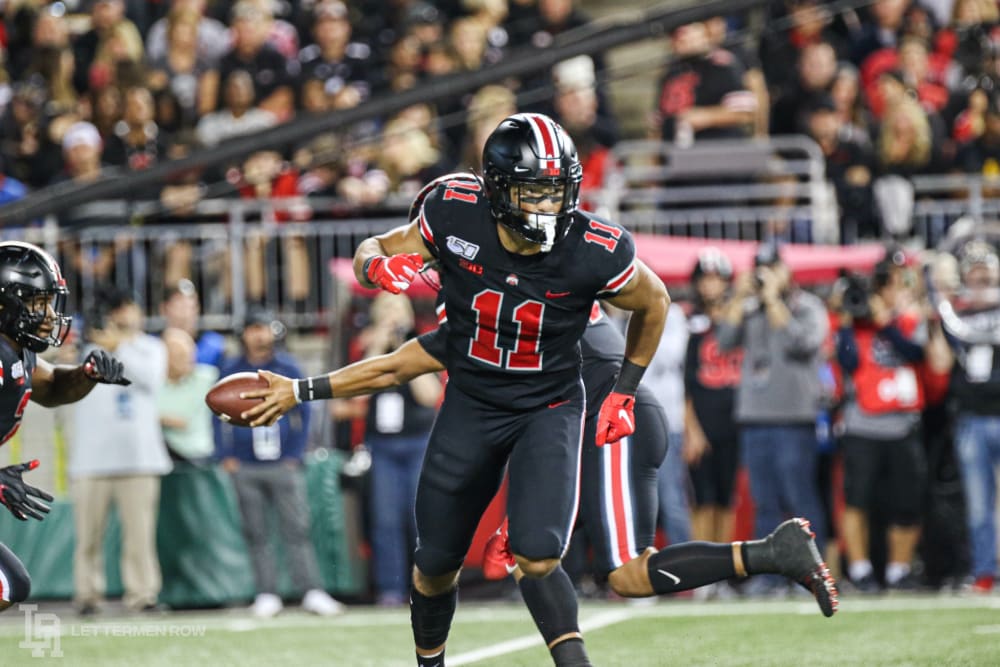 Ohio State is finished with the off week, and it will turn its attention to Northwestern. (Birm/Lettermen Row)

Ohio State didn’t play over the weekend, and since the Buckeyes hit the halfway point of the season, Lettermen Row looked back at the best of the first half of the season and previewed the second half.

Ohio State holds steady in latest polls during off date

After a wild Saturday featuring upsets, Ohio State checks in at No. 4 in the latest Coaches Poll and AP Poll.

Ohio State has been able to stay in the top 10 throughout the season, and the Buckeyes have been steadily climbing each week. The key for Ohio State: just keep winning. And that’s what the Buckeyes are doing. They’re doing so by an average margin of 40.5 points per game.

After six straight weeks of domination, Ohio State has a weird week ahead of it.

The Buckeyes had an off week last week, and they’ll come off that week with a Friday night game at Northwestern. They’ll do so as a 25.5-point favorite against the Wildcats, according to VegasInsider.com.

Ohio State picked up an important commitment from 2020 cornerback Ryan Watts from Texas. Watts had been committed to Oklahoma before flipping and choosing the Buckeyes.