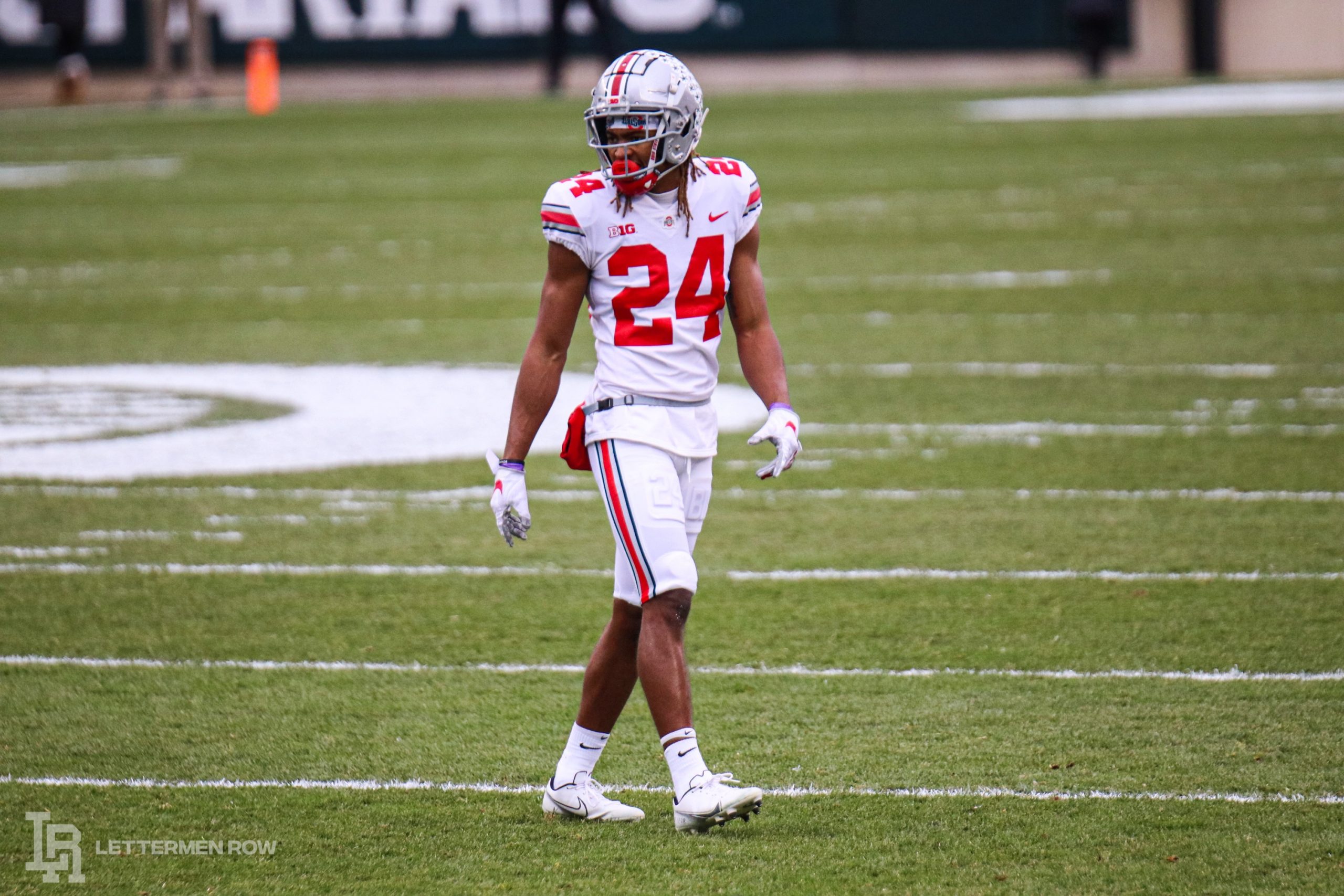 Ohio State had five players selected during the second day of the NFL draft. Six Buckeyes have been selected so far in the draft.

And eight more draft-eligible Buckeyes are still on the board waiting to find their NFL homes. Cornerback Shaun Wade and defensive tackle Tommy Togiai headline an impressive group of former Ohio State stars poised to be selected in the final day of the draft. Others who could be selected include tight end Luke Farrell, linebackers Justin Hilliard and Tuf Borland and defensive end Jonathon Cooper, along with kicker Blake Haubeil and punter Drue Chrisman.

Each of them have a chance to be drafted. Even if they aren’t drafted, they’ll likely find a spot on an NFL roster for camp.

Eight former Buckeyes stars still have a chance to be drafted Saturday afternoon. Ohio State could have an impressive final day of the draft.

Stick with Lettermen Row for every Ohio State player selected in the draft.

Five Buckeyes fly off board during Day Two of draft

Justin Fields was the only Ohio State star to be taken in the first round of the NFL draft on Thursday night.

But five other Buckeyes heard their names called Friday night during Round Two and Round Three. The Buckeyes were well-represented, and some of their biggest former stars now have pro football homes.

Linebacker Pete Werner was the first selection from Ohio State on the night; he was taken with the No. 60 overall pick to the New Orleans Saints. Then in short order, offensive linemen Josh Myers and Wyatt Davis were picked by the Green Bay Packers and Minnesota Vikings, respectively. Trey Sermon continued the Buckeyes impressive night at the draft when he was selected in the third round by the San Francisco 49ers, where he’ll be paired up with fellow rookie Trey Lance, the 49ers first-round quarterback selection. Baron Browning was taken with the final pick of the third round. He’s heading to Denver.

All five of the former Buckeyes stars have a chance to have excellent careers. They all five know where those careers will begin.

Right at the start of the Covid-19 pandemic and the subsequent NCAA-mandated dead period, Ohio State offered California star wide receiver C.J. Williams. The opportunity came from Brian Hartline, who impressed Williams off the bat by speaking less about football and more about life.

No one that’s ever spoken to C.J. Williams should be surprised that he’d appreciate a real conversation. He’s one of the country’s best football players, but he is looking for much more than that in his college choice. He’s looking for quality people and a program that will challenge him daily to become better.

That’s informed his official visit plans to this point. The 6-foot-2, 195-pound receiver knows he’s heading to Ohio State, Notre Dame and Texas this summer. What is about Ohio State that keeps the attention of C.J. Williams? What is the most important thing for his college choice? How does he think playing at Mater Dei helps him get ready for college football?

The long-time 2022 target and top 10-ranked receiver joined Lettermen Row’s Jeremy Birmingham for the latest Birminology to talk about that stuff and more.