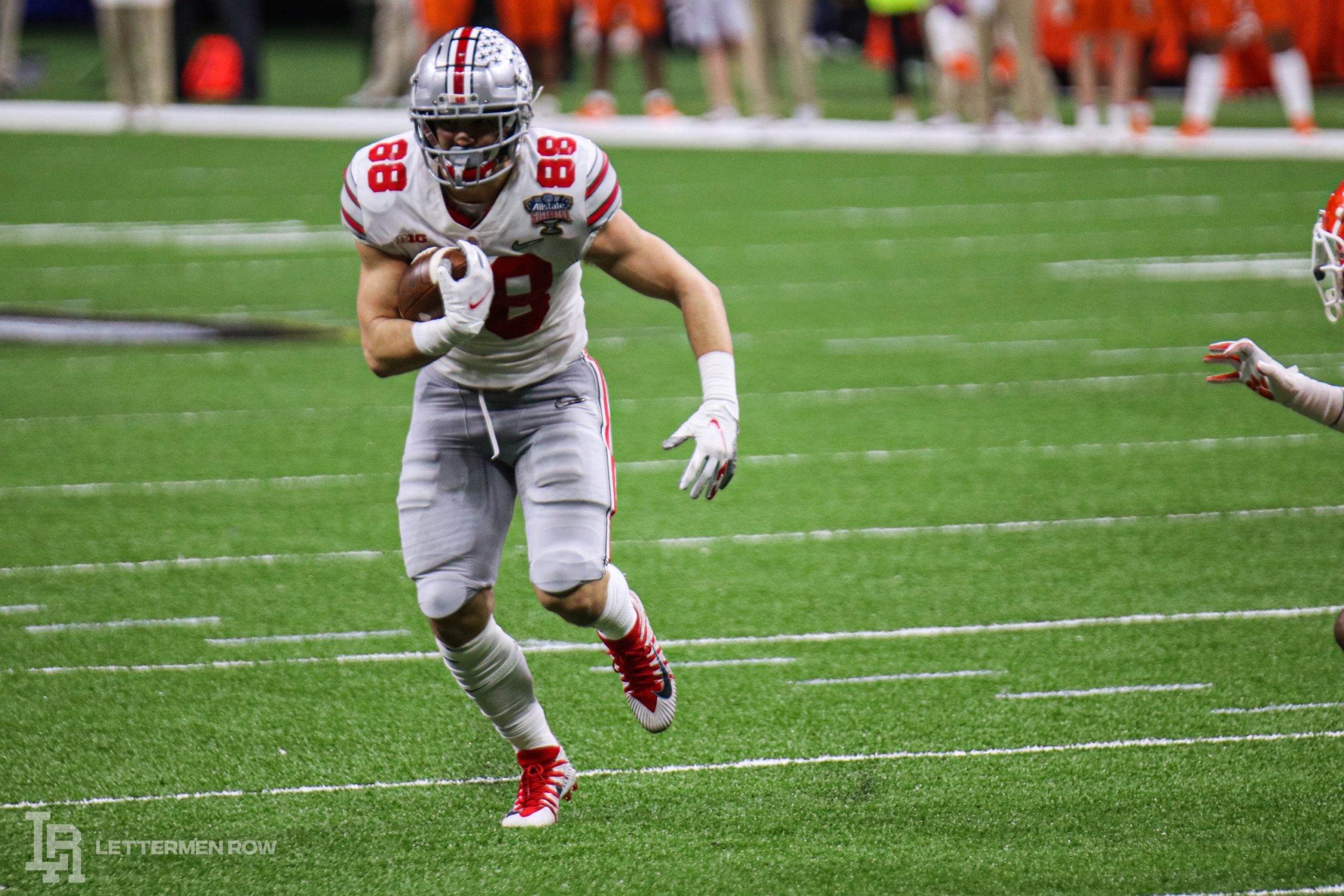 Jeremy Ruckert will return for another season at Ohio State. (Birm/Lettermen Row)

The deadline for underclassmen to enter the NFL draft was Monday — and it turned out to be one of the busiest days on the Ohio State calendar.

A number of Buckeyes made their decisions to either return for another season at Ohio State or leave early for the NFL draft.

But the Buckeyes received plenty of good news Monday, as well. The biggest news came in the Ohio State passing game — both wide receiver Chris Olave and tight end Jeremy Ruckert both announced their intentions of returning to Columbus for another season, a huge win for the Buckeyes, who will break in a new starting quarterback next season.

Defensive end Tyreke Smith also decided to return to The Buckeyes for another year, a significant boost to the Buckeyes pass rush.

Miss any of the announcements? Lettermen Row has you covered.

Ohio State is officially finished with the college football season after a loss in the national championship game. Lettermen Live hosted by Roosters is back to break it all down.

Lettermen Row senior writer Austin Ward is joined by Nicole Cox from Roosters and a pair of former Buckeyes linebackers to break down the latest news, including Urban Meyer to the NFL, the Ohio State national championship game loss and players sticking around for one more season. Tune in as Zach Boren and Bobby Carpenter analyze what this offseason could bring and more.

The lone Ohio prospect with a Buckeyes offer in 2023, Vernon is an early favorite to be a 5-star prospect in the 2023 class. His first run of scholarship offers, which includes Notre Dame, Michigan, Tennessee, Michigan State, Indiana and others, is a pretty good sign that right now, likely because his injury slowed down his sophomore year, he’s more of a regional name than a national name but that’s going to change when football returns in all its various forms throughout the spring and summer.

The Buckeyes have limited contact opportunities with Vernon and anyone else in the Class of 2023 at this point but are no doubt hoping that things do return to normal so that Larry Johnson and Ryan Day get in-person meetings with him to know him better. Tim Hinton is the Ohio State staff member who spends the most time talking to Vernon now.

What schools is Brenan Vernon hoping to hear from the most moving forward? What is the first place he’ll visit when the recruiting dead period opens? How does he hope his recruiting process unfolds from here? Ohio’s top-ranked sophomore joined Birminology to talk recruiting, football and more with Lettermen Row’s Jeremy Birmingham.