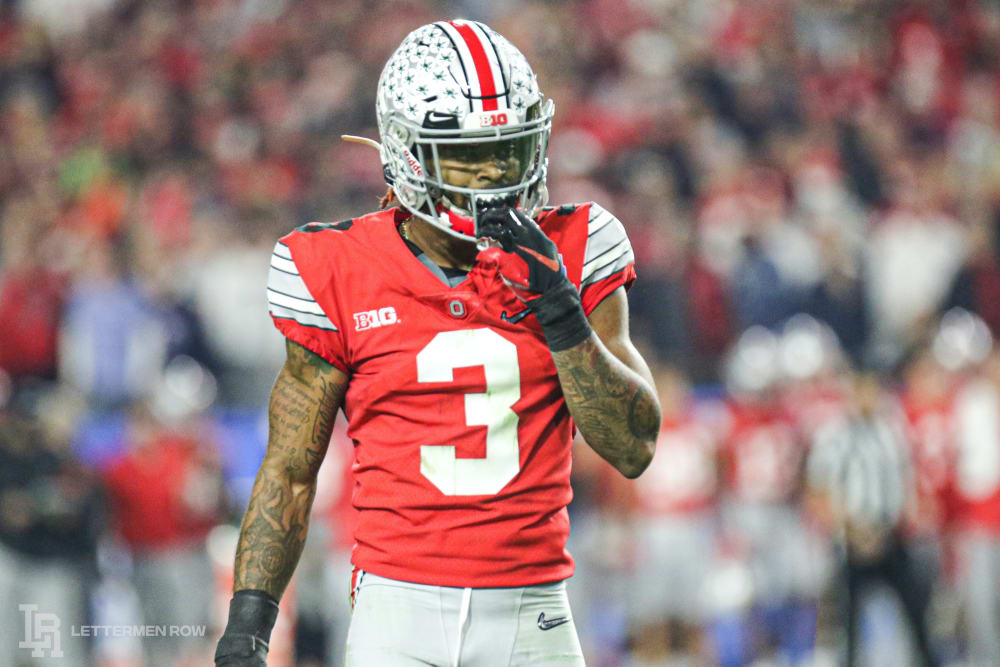 The NFL is adamant that its draft later this month will go on in some fashion amid the COVID-19 outbreak.

If the Draft is held as planned, numerous Buckeyes are slated to be selected. And the experts are already throwing out their best guesses on where college football’s biggest stars will be selected in mock drafts. ESPN’s Todd McShay, one of the most vocal draft experts, released a two-round mock draft to ESPN+. Four Buckeyes were selected in the first two rounds of his mock draft.

In his latest draft projection, the Washington Redskins take Chase Young at No. 2, just after former Ohio State and LSU quarterback Joe Burrow at No. 1 to the Cincinnati Bengals. Also in the draft is Jeff Okudah, who McShay has going No. 3 overall to the Detroit Lions.

Those were the obvious picks that seem to be the consensus right now. But two new names appeared in the second round from Ohio State.

McShay has the Miami Dolphins taking former Buckeyes running back J.K. Dobbins with pick No. 39, and he has Damon Arnette going No. 43 overall to the Chicago Bears.

Four Buckeyes in the first two rounds just isn’t anything out of the ordinary anymore for Ohio State.

Can Josh Proctor finally break out for Ohio State?

If Josh Proctor can stay healthy, opposing offenses are going to have some problems. Proctor seemed ready for a break-out campaign last season, before injuries sidelined him for a few games.

As Lettermen Row senior writer Austin Ward writes, Proctor knows he has big shoes to fill after Jordan Fuller’s graduation, but Proctor is ready for the challenge.

And he’s going to be huge for Ohio State next season:

There has never been any doubts about Proctor’s ability to leave a mark with the Buckeyes, and his name was consistently coming up during training camp last August as a ball-hawking weapon who could push Fuller for playing time. But as Ohio State shifted to more of a single-high safety look and with Proctor dealing with what was believed to be a nagging shoulder injury, the leap into the lineup didn’t happen quite as envisioned.

By late in the season, Proctor was on the field to deliver a bone-rattling hit to clinch the Big Ten title. And in the Fiesta Bowl, the Buckeyes trusted him enough to have him in a high-stakes game in key moments, though obviously a couple of those plays will go down as lessons and motivation in the development project.

This week’s episode of the Tim May Podcast is here, and although the Buckeyes can’t be on the practice field, the show is loaded with intrigue.

Lettermen Row senior writer Austin Ward joins Tim for a discussion about Ohio State football, the red-hot Tony Alford and his recruiting wins, what the Buckeyes are able to do to stay focused on 2020 despite not being in the Woody Hayes Athletic Center and more.

Tim also welcomed former Ohio State long snapper Liam McCullough on the show for the first time to break down how he’s prepping for the NFL Draft despite not having a pro day to showcase his skills, his now-famous t-shirt, NCAA rules regarding name, image and likeness and much more.

The Tim May Podcast, along with all Lettermen Row podcasts, is also available on iTunes, Google Play, Spotify and Stitcher.