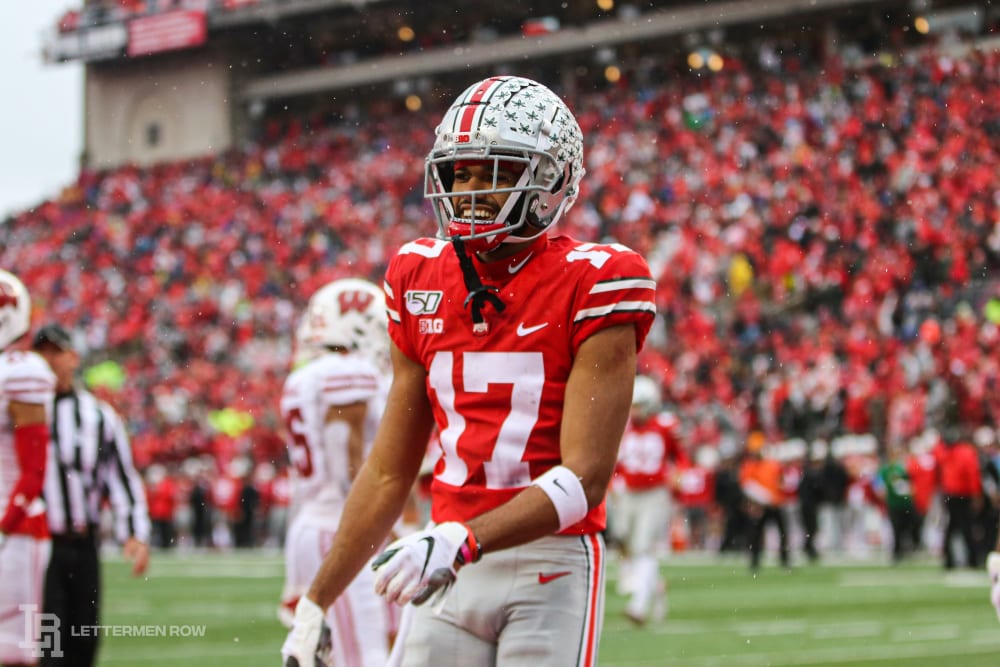 Ohio State will face off against an overmatched Maryland team Saturday at noon. (Birm/Lettermen Row)

Ohio State is 5-0 all-time against Maryland, with all the matchups coming since Maryland joined the Big Ten in 2014. The last time the Terrapins visited Ohio Stadium, the Buckeyes won 62-14. Ohio State won last year’s game in overtime, 52-51.

Weather: High of 43 degrees with a 2 percent chance of rain

The line: The Buckeyes are a 42-point favorite, per BetDSI

The Heisman Trophy campaign and the most dominant individual season in college football is on hiatus: Chase Young is facing an indefinite suspension. He won’t play against Maryland, and it is unknown when he will be eligible to play again this season. What are the latest developments? How does the suspension impact the Buckeyes? Who will step up in Young’s absence?

Lettermen Row has all the angles covered:

Lettermen Row will continue to have wall-to-wall coverage of any new developments.

As Chase Young works through NCAA troubles, the Buckeyes will also be without another key defensive end, as Jonathon Cooper was listed as unavailable for the home matchup with Maryland. Cooper has been sidelined for most of his senior season.

The Buckeyes will be thin without both of their preseason starters along the defensive line for the Big Ten showdown against the Terrapins, though they are expected to get Tyler Friday back to help bolster the unit.

Ohio State will also await the status of another starter, as wide receiver Austin Mack, who didn’t go through warmups prior to the Wisconsin game and ultimately didn’t play, will be a game-time decision.

What can be expected of the No. 1 Buckeyes as they host a struggling Maryland team? Who will make a difference against Maryland’s rushing attack? How will the Ohio State offense look after an off week? The Lettermen Row staff passed out five bold predictions ahead of the tune-up game against the Terrapins. Here’s what our staff predicted to see.