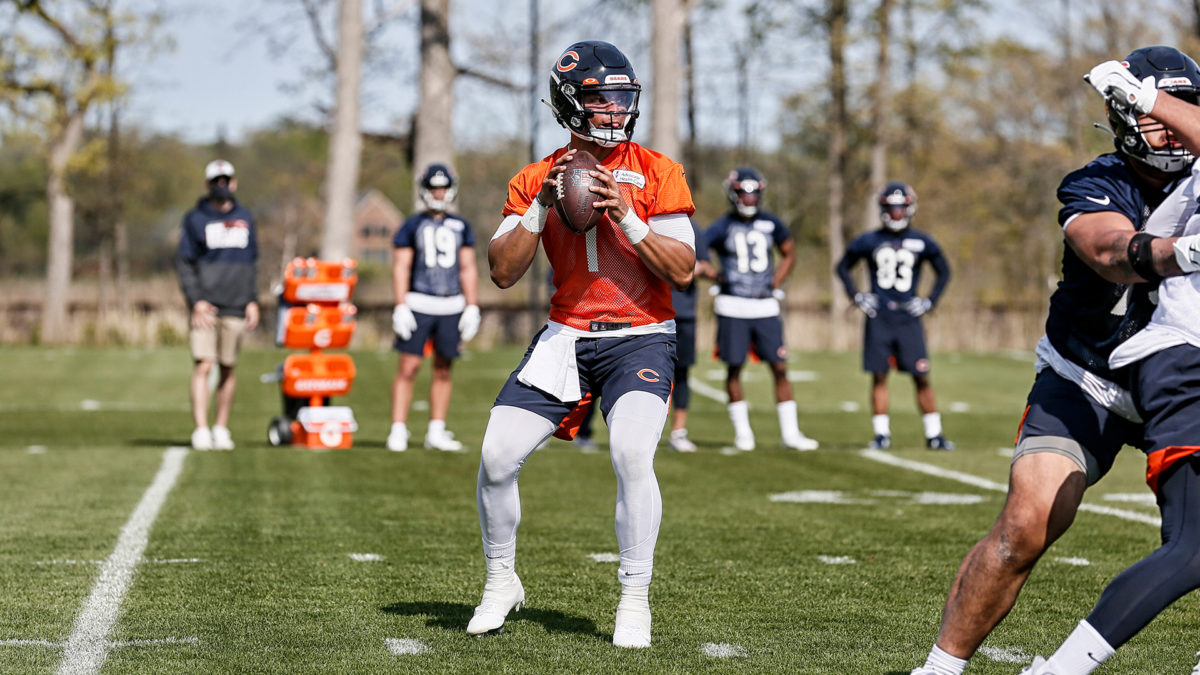 Now he has a chance to terrorize NFL defenses with the Chicago Bears.

After being selected No. 11 overall in the NFL draft back in April, Fields officially signed his rookie contract with the Bears on Thursday morning. The contract is a four-year deal worth $18.8 million. It includes an $11 million signing bonus and comes with the standard fifth-year option that is featured in all first-round picks rookie deals.

Fields is the first quarterback of the rookie class to sign his first contract with his new NFL team. He can now get to work competing with veteran Andy Dalton for the Bears starting quarterback job in training camp and into this fall.

After two years with the Buckeyes, Fields has now officially inked his first deal in the NFL.

New edition of Roommates with Cardale Jones and Tyvis Powell

After another huge week of the Ohio State news and notes, Cardale Jones and Tyvis Powell are back for another loaded edition of Roommates.

On the show this week, the guys break down the latest on the recruiting trail for Ohio State, including how important visits are for the success of the program and the development of elite talent in college football.

They also made sure to talk about the College Football Playoff and rumors of expanding the system. Will the expansion work for Ohio State? The guys discuss. But that’s not all. They dove into the inequalities between the men’s NCAA sports and women’s NCAA sports. The NCAA gets many things wrong. Have they gotten anything right lately? Cardale shared his thoughts.

That’s just part of what makes the latest edition of Roommates with Cardale Jones and Tyvis Powell a must-listen for Buckeyes fans.

Dylan Lonergan, a 2023 prospect out of Brookwood (Snellville, Ga.) High School, went on an unofficial visit after throwing for Corey Dennis and Ryan Day. He walked out with an offer in hand. A 6-foot-1, 195-pound quarterback, he holds offers from the likes of Alabama, Auburn, Oregon and Georgia. Also a big-time baseball prospect, he’s a 4-star recruit and ranked as the fourth-best quarterback in his class.

The Buckeyes offered two 2023 quarterbacks after their camps last week in Eli Holstein and Nico Iamaleava. …

Ohio State also extended its first offer to a quarterback in the 2024 class. Adrian Posse looked like the best quarterback in the group and it resulted in his seventh offer. Already at 6-foot-4 and 205-pounds, he led his Monsignor Pace team to an appearance in the 4A Florida state playoffs in his freshman year. With plenty of room to still grow into his frame, Posse has a lot to like. Georgia, LSU and Miami are already involved in his recruitment and have offered.