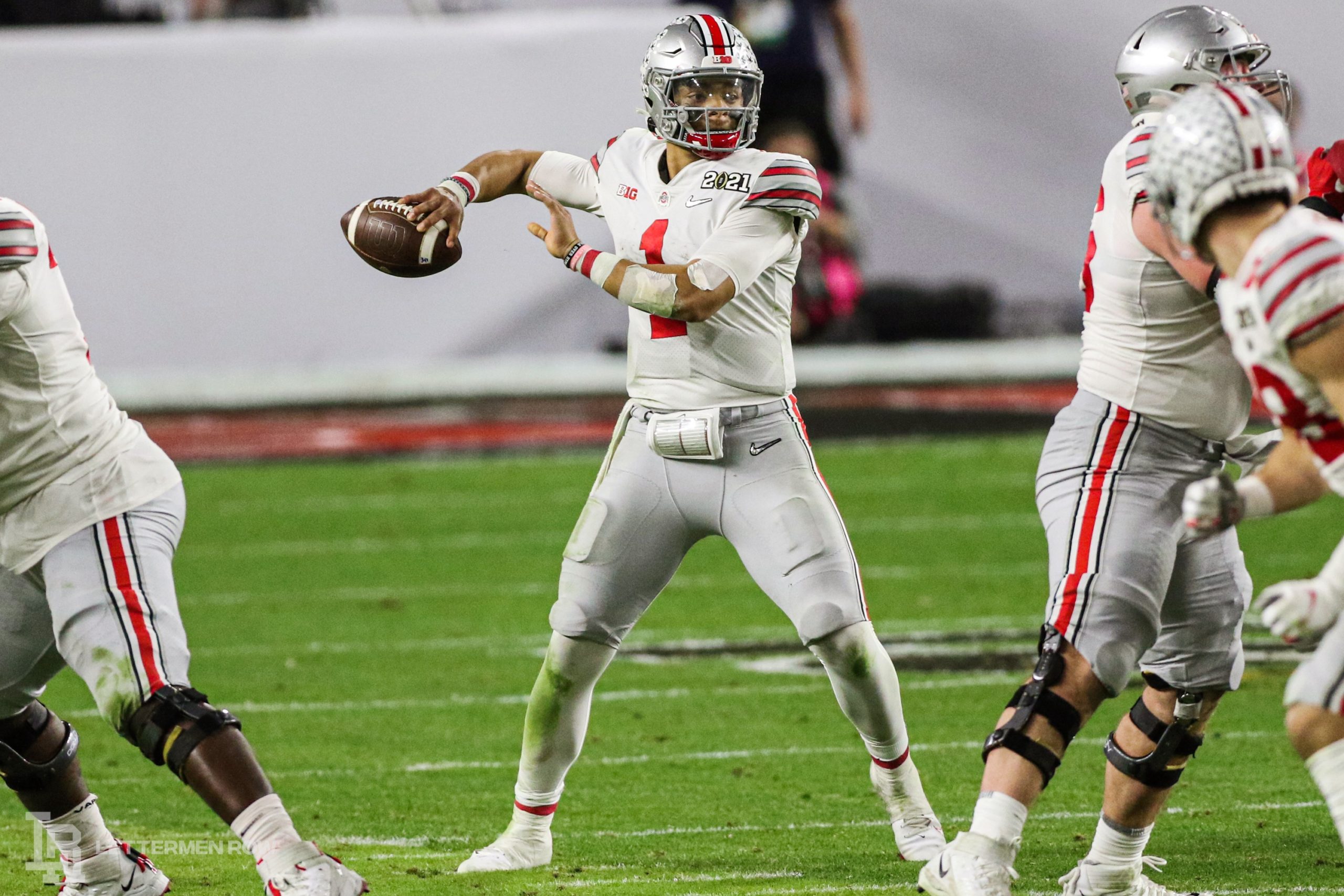 They’ll both move on as Ohio State representatives and are now in the running for Big Ten athlete of the year.

Fields already has collected plenty of hardware, including Big Ten Offensive Player of the Year and Quarterback of the Year, The Chicago Tribune Silver Football Award, a Big Ten title and a Sugar Bowl win in the College Football Playoff.

Aquilla may have an even more impressive resume; Aquilla won the national shot put championship for both indoor and outdoor competition.

And even though he’s now with the Chicago Bears, Justin Fields is still winning awards as a former Ohio State superstar.

Ohio State consistently assembles one of the most talented rosters in the nation. This year’s roster is no different, and the voters are already noticing that.

Wide receiver Chris Olave, offensive lineman Thayer Munford and defensive lineman Haskell Garrett will all lead the charge as Ohio State looks to bounce back from its loss in the national championship to Alabama. The trio all earned first-team preseason All-American honors Thursday from the Walter Camp Football Foundation.

Olave is widely considered to be the top returning wide receiver in college football. After a stellar 2020 season, many draft experts expected the wideout to leave and become a first-round pick. Instead, he opted to return to Ohio State for another season. Munford also returned for another season, working to complete his degree and become the best tackle in the 2021 NFL Draft. He’s protected for two of the most prolific passers in Buckeyes history — Dwayne Haskins and Justin Fields. Although he missed most of the spring with an undisclosed injury, Garrett is expected to be healthy for the fall. Another Ohio State player who turned down the NFL, he emerged as one of the most dominant defensive tackles in the country last season.

Chris Olave, Thayer Munford and Haskell Garrett will be the leaders for Ohio State this fall. Thursday’s news was just the affirmation of the talent on the Buckeyes’ roster.

The wait is finally over: The No. 1 overall player in the class of 2021, defensive end J.T. Tuimoloau, has officially arrived for his first and only visit to Ohio State.

Lettermen Row recruiting expert Birm has more on the visit, which is underway:

The Buckeyes can’t showcase the home cooking of Seattle like Washington did two weeks ago. Ohio State will take a different approach than USC did earlier this week, too. The Trojans carted Tuimoloau around Los Angeles in a helicopter — there are reports of a parade of sorts that occurred in his honor, but it’s hard to validate the veracity of the things recruitments like his turn into folklore.

For more than a year, the Buckeyes have been considered the favorite for Tuimoloau, though he’s never visited Ohio State. Now, the time for the trip is here and there will of course be a red-carpet rollout. But the hope is that 5-star talent is searching for something greater than just flashy photoshoots.

Recruiting a player like J.T. Tuimoloau makes some people lose their minds. Everyone knows who he is, and everyone knows he’s a difference maker. Ohio State just wants to put Tuimoloau in a room with its coaches. That’s where the Buckeyes can separate themselves.

Make sure to stick with Lettermen Row for updates from the official visit. Birm will have it all covered.