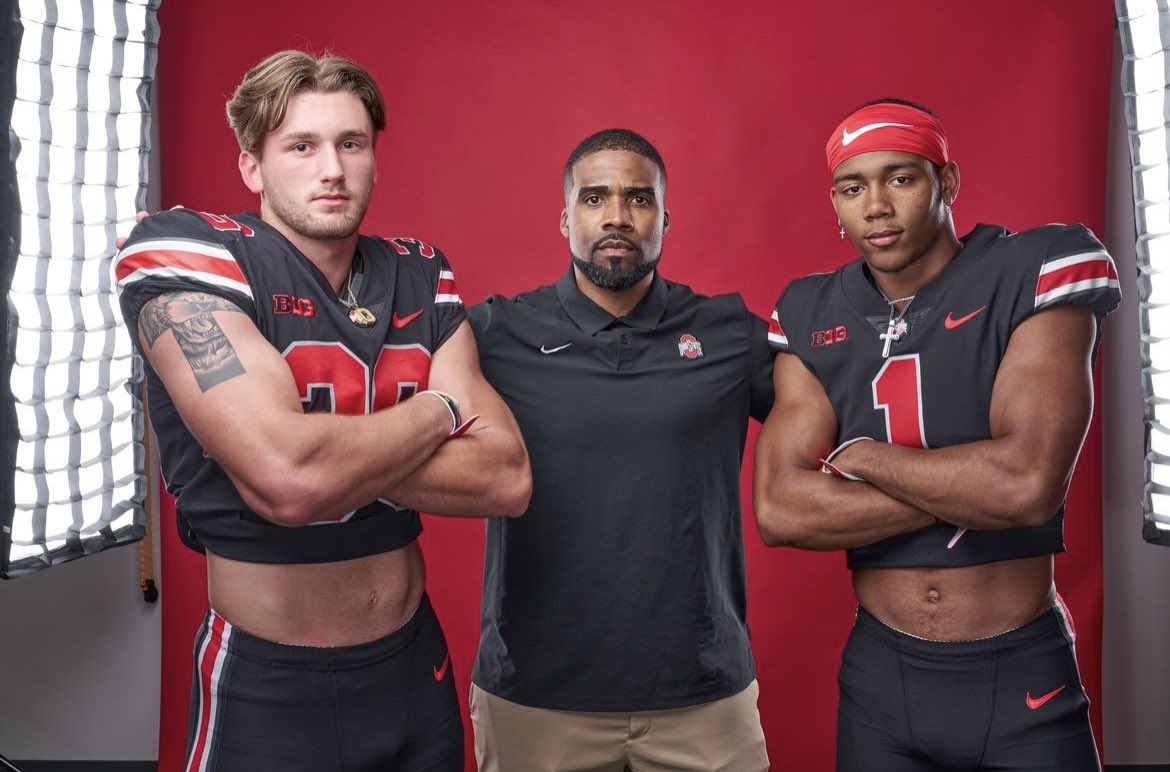 Pair of Buckeyes commits on campus for first day of visits

The recruiting dead period ended Tuesday, and plenty of talented prospects made their way to the Woody Hayes Athletic Center for the first day of on-campus recruiting in well over a year.

The Buckeyes hosted two commitments for an unofficial visit: star linebacker commits C.J. Hicks and Gabe Powers. Hicks, a five-star prospect, and Powers, a four-star linebacker, will both be on campus again this weekend as most of the 2022 class gets together for the first time.

Both are proven leaders of the class. And they were on campus for the first time in at least a year Tuesday. Gabe Powers and C.J. Hicks will lead the 2022 class into the summer full of visits. And they were the first commitments to be in the facility for an unofficial visit of the new recruiting period.

Ohio State is working to include the tight end position more into the passing game this season. As part of Tight Ends Week at Lettermen Row, the crew is back at Roosters to break down the talented unit and plenty more, especially from the recruiting trail.

But that wasn’t the best part of the conversation. As June is officially here, the recruiting dead period is finally over. After 16 long months, recruits can return to campuses across the country. For Ohio State, the news means over 50 officials visits in the month of June along with a handful of camps.

How can the Buckeyes stand out on the recruiting trail this month? Which positions do they need to lock up before the month is over? And how can the Ohio State tight ends continue their stretch of dominance with another talented and deep position group? The Lettermen Live crew is back at Roosters to break it all down.

Ohio State may finally be able to fill the Horseshoe again this fall.

The Buckeyes announced that beginning Tuesday, invoicing starts for season-ticket holders looking to renew, including those who had fund roll over from this past season. Season ticket deposits for this season are also now being accepted.

This is all part of a larger plan to return to full capacity at Ohio Stadium this season. In partnership with local health officials and the Columbus Public Health department, the Buckeyes will create plan to follow safety protocols while also allowing fans back into the Horseshoe.

“Our hope is that we are at full capacity for our football games,” athletic director Gene Smith said in the release. “We will continue to work with our university partners and with Columbus Public Health on all of our safety protocols, including strongly encouraging those who are eligible to get vaccinated. You’ll continue to hear that message of support for vaccinations a lot from our department, the university and Columbus Public Health because it is a key component to having a full stadium in the fall.”