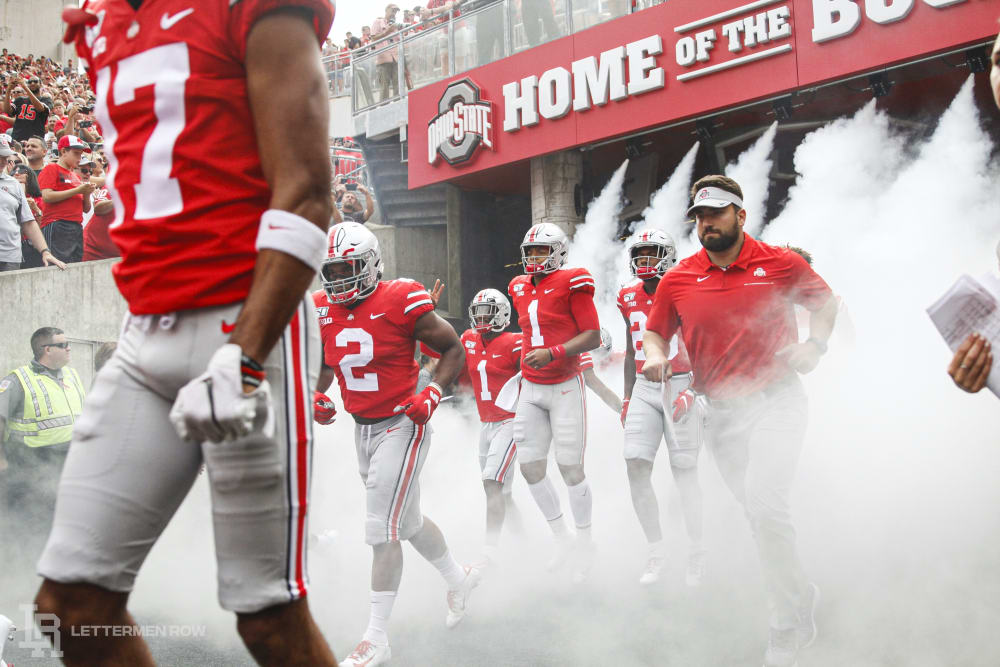 The Buckeyes looked like a legitimate College Football Playoff contender against Cincinnati on Saturday. Lettermen Row staff covered the game from all angles. Here is a recap of the coverage from Austin Ward, Tim May, Spencer Holbrook and Jeremy Birmingham.

Despite the aforementioned blowout of the Bearcats, Ohio State dropped one spot in both major polls on Sunday.

LSU moved up one spot to No. 5 after scoring 45 points at Texas, causing the Buckeyes to slip down to No. 6. It’s hard to argue too much with the decision to move up the Tigers — they played a spectacular game in a tough environment — but it’s further evidence of how arbitrary and subjective early season polls are.

Anyway, the top-six lists can be found below.

Indiana, like Ohio State, pitched a shutout on Saturday, toppling Eastern Illinois 52-0. That’s not going to stop the Hoosiers from being a double-digit ‘dog this coming weekend against the Buckeyes, though.

Ohio State has beaten Indiana 23 straight times, and despite a heart-stopper in Bloomington in 2015, the games haven’t really been close that often. If the Buckeyes keep doing what they’ve been doing, 14 points may not be a big enough spread. Is Ryan Day’s program as good as it looked against Cincinnati? We’ll find out Saturday.

Great teams cover, so they say.

Lettermen Row Director of Recruiting, Jeremy Birmingham — though we call him Birm — ran down the list of key visitors during Saturday’s beatdown of Cincinnati, a group that included the country’s top-ranked 2021 inside linebacker prospect, Reid Carrico.

Of course, no recruit ever makes a visit to a program like Ohio State and comes out of it saying, “You know what? This visit stunk, I hope I never go back.” But it’s always a plus for the Buckeyes to get their biggest priorities on campus during game-day weekends, especially when the weather is as nice as it was for the Cincinnati matchup.

There are other key storylines developing on the recruiting trail as well, so check out Birm’s full story here.