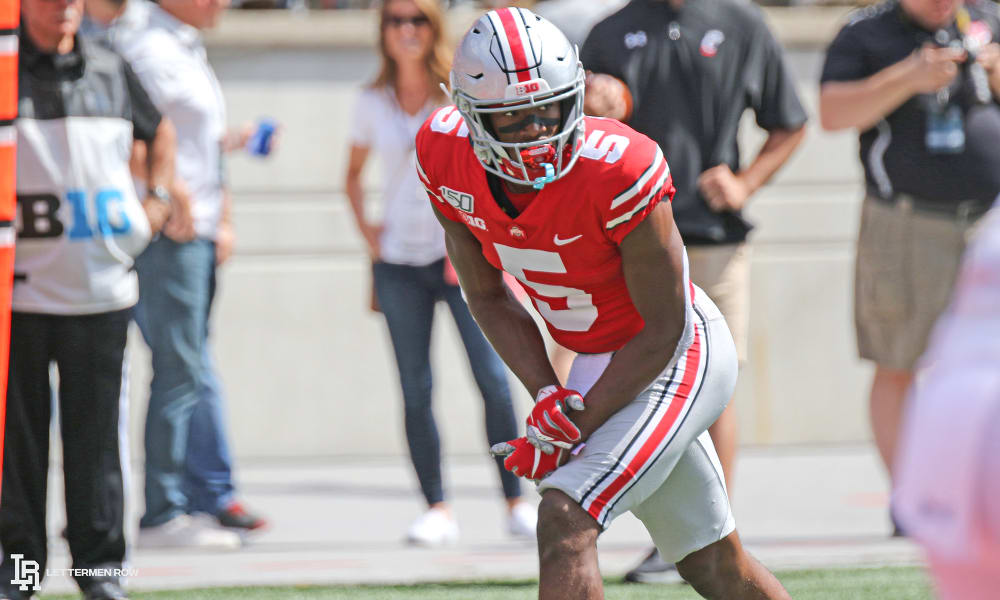 Nearly everyone saw the catch in the Ohio State spring game this past April. The acrobatic, over-the-defender catch from true freshman Garrett Wilson.

That was quite the introduction for the Buckeyes freshman from Austin, Texas.

That one highlight showed what the receiver was capable of doing and Wilson hasn’t stopped impressing since. After Justin Fields tossed Wilson his first career catch for the Buckeyes — an impressive 9-yard touchdown grab over a Cincinnati defender — he made it clear in the post-game press conference that catches like that are becoming normal for Wilson.

“For me and Garrett, and I think everyone else on the team, they know that’s not a circus catch for Garrett,” Fields said. “That’s pretty much routine for him. So, he definitely has my trust. He gained all that in the spring and just this summer. So when I saw that, I already knew he was going to catch the ball.”

The young duo may just be getting started for Ohio State.

Ohio State’s first three games of the season — including this Saturday’s clash with Indiana — have all been slated to kick off at noon. That changes next week when Miami (Ohio) comes to Ohio Stadium for a 3:30 p.m. kick on Sept. 21.

The Big Ten announced the schedule for the Week Four games around the league on Monday morning, confirming a mid-afternoon kickoff for the Buckeyes and the RedHawks.

Ohio State’s final non-conference game of the year will be televised on the Big Ten Network.

For the first time since 2015, an Ohio State player was named Big Ten Special Teams Player of the Week.

After averaging 43 yards per punt last weekend, Drue Chrisman earned the award, the Big Ten announced Monday. Chrisman, who attended high school in Cincinnati, pinned the Bearcats inside the 5-yard line twice in the Buckeyes shut-out win on Saturday.

The honor is the first of Chrisman’s career. The last Buckeye to earn the honor was also a punter. Cameron Johnston was tabbed for the award in 2015.

Letttermen Row’s Jeremy Birmingham broke the news that Ohio State couldn’t contact 2021 prospects on Sept. 1 like every other school due to self-reported recruiting violations, and they had to wait at least a week — and in some cases, two weeks — to do so. That wait is over.

For most prospects in the 2021 class, the Buckeyes were allowed to resume contact with them on Sept. 8, and Ohio State was active on the recruiting trail the minute they were allowed to be.

Some of the prospects the Buckeyes made sure to contact first included:

Find that information and more in the world of Ohio State recruiting in Birm’s latest edition of Dotting The ‘Eyes, the Lettermen Row recruiting notebook.