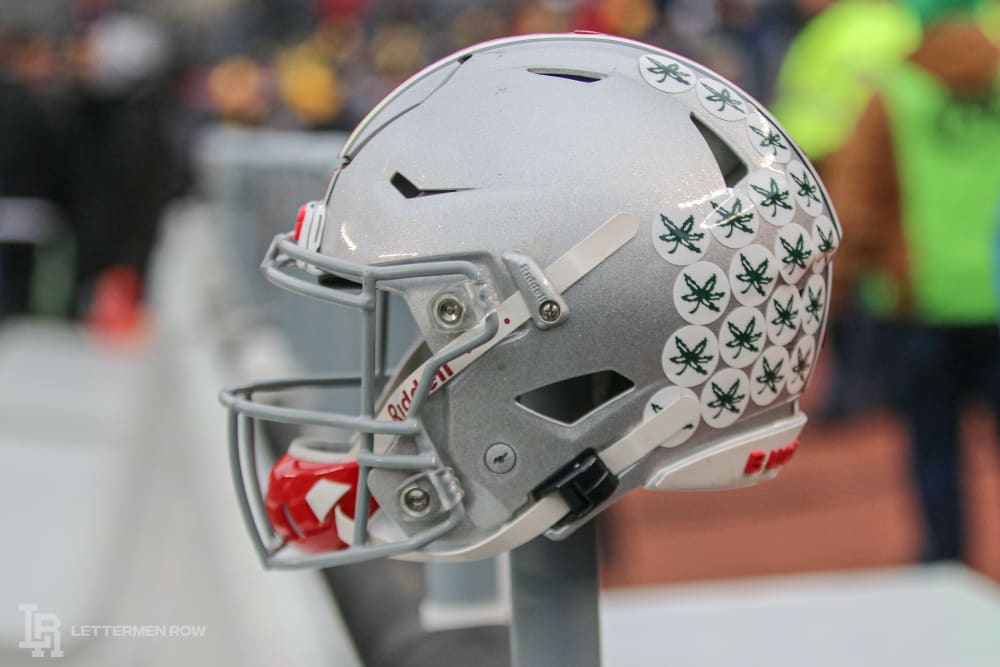 Ohio State still doesn’t know when it could host organized team activities on campus again. But Buckeyes already around Columbus could be cleared to resume working out in the Woody Hayes Athletic Center as early as June 8.

Multiple sources indicated to Lettermen Row that the lifting of restrictions on gyms in the state of Ohio will clear the way and allow the program to reopen its weight room and indoor practice facility to players. There would be numerous, stringent health requirements and temperature checks for anybody walking into use the space, but the Buckeyes could resume small-group workouts with no more than nine players and one strength and conditioning assistant at a time — similar to the restrictions in place for coaches as they return to the office this week.

“In alignment with the work of the university’s transition task force, a limited number of Ohio State football staff members will begin transitioning back to work in the Woody Hayes Athletic Center this week,” an Ohio State spokesperson told Lettermen Row. “All staff entering the facility will take a daily symptom assessment, including having their temperature taken. Staff will follow physical distance guidelines, wear face coverings when together, and will be strictly limited in terms of available offices and maximum number of individuals in a room. The weight room, training room, dining area, indoor facility and locker room will all remain closed during this return-to-work transition.”

The next phase, though, should include the workout areas being opened again as preparations are made for the team to get back in its home base.

There is currently no hard deadline for Ohio State players to report back to campus, and that date will be determined by Big Ten and NCAA votes for when mandatory preparations for the season would start. Buckeyes who live out of state, for example, won’t be required to return in June, just as the program can’t mandate that local members of the team use the facility. But on a voluntary basis, the Buckeyes are preparing to welcome approximately 45 players in the area back to the Woody sooner than might have been anticipated.

Jaxon Smith-Njigba had incredible numbers and a show-stopping highlight reel in high school. To make it even more impressive, his plays were coming against some of the best high school competition in the country.

The Texas native broke records down south, and he’s now enrolled at Ohio State ready to make an immediate impact as a true freshman for the Buckeyes. Although the spring was cut short to just three practices, Smith-Njigba was already leaving plenty of people impressed during his first camp at Ohio State. He can be an option for Justin Fields and the offense as soon as 2020.

What allowed Jaxon Smith-Njigba to shine as a recruit in Texas? How can Ohio State find ways to use his talents right away as a freshman? Where is the ceiling for the dynamic receiver? Former Buckeyes and NFL receiver Dane Sanzenbacher popped in some highlights from Smith-Njigba’s high school career and tried to answer those questions in the latest episode of BuckIQ.

Ohio State has been dominating the wide receiver position on the recruiting trail in the last few cycles, and that doesn’t seem to be slowing down in the 2022 class.

After hauling in four elite prospects in 2020 and more in 2021, Ohio State can shift some focus to figuring out who will be the targets among the rising juniors. Lettermen Row’s Birm has the breakdown of all the early targets, and it starts in a familiar place:

So who is getting the majority of the attention from Ohio State in the Class of 2022 at receiver? There’s an early group of four wideouts who have an offer from Hartline and the attention of the Buckeyes already. That list starts in a familiar landing spot for Ohio State in recent years: St. Louis.

St. Louis is the home of Luther Burden, the country’s No. 3-ranked receiver, who plays his football Cardinal Ritter College Prep, the alma mater of current Buckeyes receiver Jameson Williams. Ohio State has signed Ezekiel Elliott, Kamryn Babb, Cameron Brown, Williams and Mookie Cooper from The Gateway to the West in the last handful of years — and also has 4-star cornerback Jakailin Johnson committed in the Class of 2021. Burden is very close with Cooper and Jameson Williams, and he’s certainly a player to watch at receiver.

Who else is on the rise at wide receiver in the 2022 class? Birm has more here.

The Woody opening in June is big. Give these kids, especially the young ones a chance to get acclimated and in the flow before fall camp. Plus, if they are all on campus, logically speaking, it’s easier to moderate needed precautions then being halfway across the country. Just like everyone else thats working… self monitor, take temp, etc.

agree Nate, “all on” is easier for coaches to manage individuals and the group and the staff.

“all in” should be updated for the current situation… in the contract. Then, each scholarship recipient can choose to .. ‘re-up’ in the revised ‘bargained-for-exchange’.

as the old saying in planning goes, ‘the plan on the shelf… is dead.’