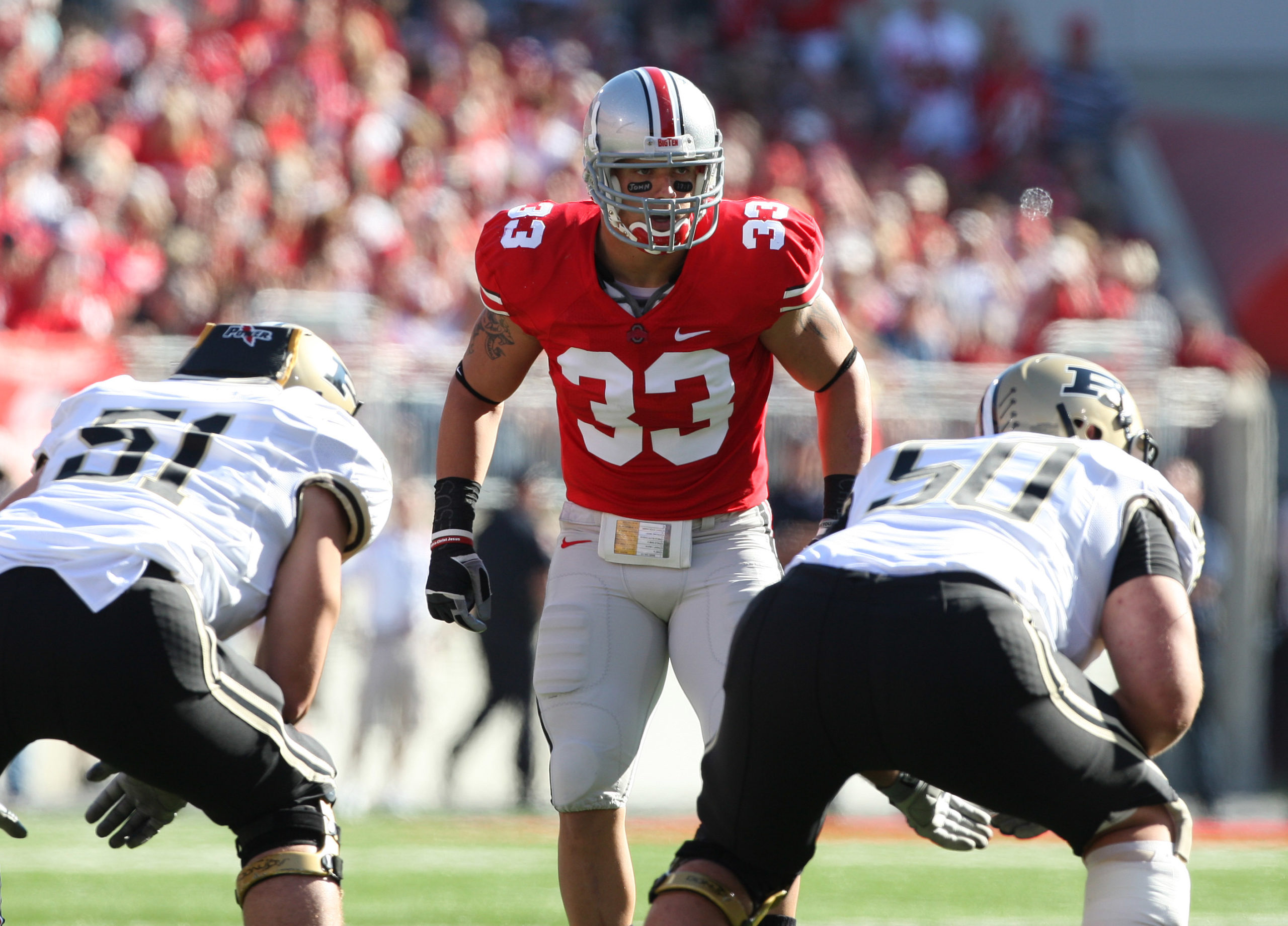 James Laurinaitis is a finalist for the College Football Hall of Fame. (Matthew Emmons/USA TODAY Sports)

Trio of Buckeyes on ballot for Hall of Fame induction

Ohio State is one of the top programs in college football history. The long line of College Football Hall of Famers from Ohio State reflects that. Now, three more Buckeyes could be enshrined in 2021.

Three Ohio State players made the list of 78 former college football legends who are on the ballot for the next hall of fame class.

Ward was a two-time First Team All-American and was on the all-Big Ten team three times. The Buckeyes won at least a share of the Big Ten title in all four of Ward’s seasons on the team.

All three Buckeyes are now up for enshrinement in the College Football Hall of Fame. The inductees will be announced in early 2021.

The Tim May Podcast is back for another episode with a special Ohio State guest.

Ohio State Athletic Director Gene Smith joined Tim May to discuss the ongoing unrest in the United States and how it has led to a movement by players around college sports. They also talked about Smith’s upbringing, his experience with racism and how he rose to one of the most powerful roles in collegiate athletics as a Black male.

Then, Lettermen Row senior writer Austin Ward joined the show to break down the Buckeyes as they returned to the Woody Hayes Athletic Center last week. They talked about what position groups still need to be addressed and much more.

Can C.J. Saunders be difference-maker for Buckeyes?

C.J. Saunders has proven he can be a leader and captain for Ohio State. But can he be productive on the field for the Buckeyes? He has shown some signs of ability to become a breakout wide receiver, and if his NCAA waiver is approved for his sixth year of eligibility, he can make an impact. Lettermen Row has more on how Saunders can be a weapon:

Saunders has the work ethic to make plays. And he certainly has the skills necessary to burst into a prominent role for the Buckeyes this season. That was shown in 2017, when he had six catches for 102 yards and a touchdown against UNLV. He was supposed to do more of that last season before his injury.

With a second-year quarterback and plenty of openings at key wide receiver spots, Saunders could be in the perfect situation.

C.J. Saunders can do more than lead for Buckeyes
BuckIQ: Speedy, skilled Jameson Williams can be breakout weapon