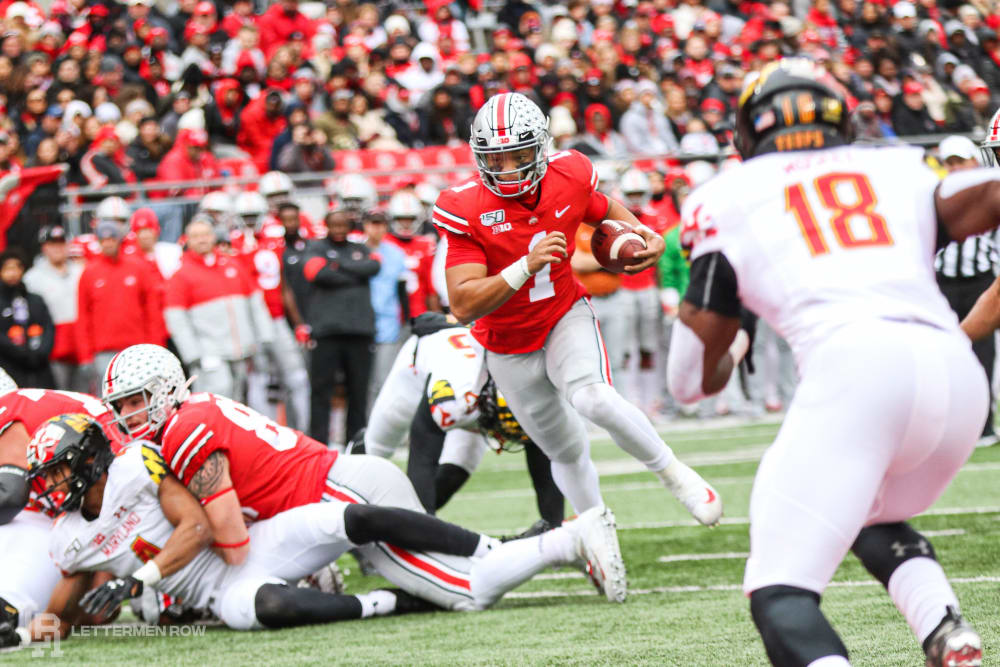 The sting from the Fiesta Bowl is still there, but the first step in getting past it and moving on officially begins Monday.

The Buckeyes open spring practice Monday morning inside the Woody Hayes Athletic Center for their first practice since their gut-wrenching College Football Playoff loss. It’ll certainly fuel the drive for another playoff appearance in 2020, and the Buckeyes have the talent to make it back in Ryan Day’s second season as head coach. Quarterback Justin Fields brings back some key weapons on offense. Ohio State figures to reload the Silver Bullets defense and return to the same form that it had in 2019.

There are plenty of position battles, storylines and angles to follow as the Buckeyes strap up the pads and return to the football field for the first time in two months. Lettermen Row will have wall-to-wall coverage of everything that happens throughout the six-week spring practice period. Make sure to follow along.

Before it all gets started, enjoy the staff’s bold predictions for the spring here.

Ohio State isn’t a finished product, but the Buckeyes seem ready for whatever March throws in their direction.

Their latest test, a 77-63 grind-it-out win over Michigan inside a sold-out Schottenstein Center, proved that. The Buckeyes have now won eight of their last 10. They’re elevating their level of play on the defensive end and finding new ways to score offensively every game.

Following a January slate that tripped the Buckeyes up far more than they would’ve liked, Ohio State found a way back on track in February and carried it into the first challenge of March. It wasn’t an easy home win, but with each shot knocked down to extend the lead over Michigan, the Buckeyes gained confidence that’ll be needed in the coming weeks.

Ohio State is finding it at the right time. And now it seems that the Buckeyes are ready for whoever they might meet in the next few weeks. Lettermen Row broke the win over Michigan down with Three Points right here.

Ohio State back on recruiting trail

Prospects are setting up visits throughout the spring, and the schedule is slowly becoming public. This week might not be as busy, as Ohio State kicks off spring practice on Monday morning, but Sunday marked the beginning of a pivotal six-week stretch for the Buckeyes and Ryan Day. Numerous running backs — a huge position of need — will come visit this spring. Some of the country’s top defensive linemen will come see Larry Johnson, too. Ohio State is already also working on the 2022 class and its potential prospects.

March marks the start of spring ball, but it’s also a huge time for recruiting. Get it started the right way with Sunday’s Dotting The ‘Eyes from our recruiting guru Birm. Find it here.