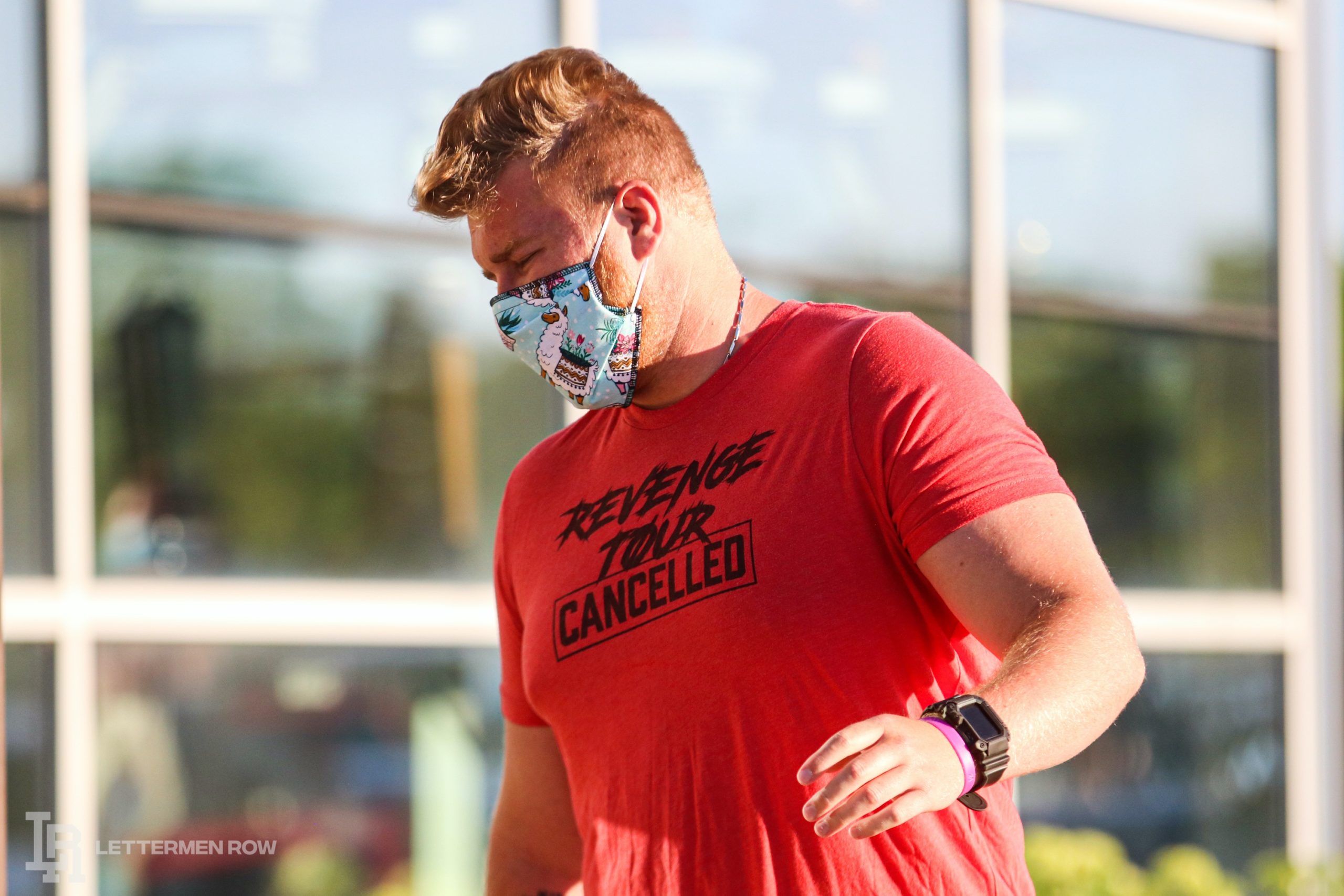 Ohio State is locked out of the Woody Hayes Athletic Center once again.

The Buckeyes have halted all voluntary workouts for the sports currently on campus after the latest round of coronavirus testing. Ohio State didn’t disclose how many student-athletes tested positive, but the number was enough to shut down the workouts.

“The Ohio State Department of Athletics has paused all voluntary workouts on campus following the results of its most recent COVID-19 testing of student-athletes,” Ohio State confirmed in a statement. “Seven teams’ workouts are affected by this pause: men’s and women’s basketball, field hockey, football, men’s and women’s soccer and women’s volleyball. The university is not sharing cumulative COVID-19 information publicly as it could lead to the identification of specific individuals and compromise their medical privacy.

Lettermen Row senior writer Austin Ward has more details surrounding the latest round of positive tests. That can be found here.

On this week’s episode of Lettermen Live hosted by Roosters, the panel of former Ohio State players discussed the Big Ten All-Decade football team, which was recently unveiled by the Big Ten Network. There were a lot of Buckeyes on the list and a few very notable omissions, so there was plenty to debate about for the guys. Find out what Anthony Schlegel, Justin Zwick and Doug Worthington thought about it. And of course, it’s hosted by Lettermen Row senior writer Austin Ward.

The guys also go in-depth on Ohio State defensive line and make predictions for the 2020 season.

Ohio State could end up with the best defensive line haul in program history in the 2o21 recruiting cycle if it can close on a pair of elite prospects. That’s all because of legendary defensive line coach Larry Johnson, who has been able to recruit the best players in the country by building relationships.

Simply put, Larry Johnson knows what he’s doing when it comes to developing talent. Before he can turn young football players into first round picks, though, he has to know how to connect with them on the recruiting trail.

And that’s something that the 68-year-old North Carolina native has never struggled to do.

The defending champs of the TBT are officially out.

Carmen’s Crew, the team of former Ohio State basketball stars, was eliminated in the second round of The Basketball Tournament by House of ‘Paign, a team of former Illinois players 76-68. The loss was a huge upset early in this year’s version of the single-elimination tournament.

David Lighty had 21 points for Carmen’s Crew, while John Diebler had 11 points.

This year’s tournament was expected to be the final professional competition for former Buckeyes guard Aaron Craft, who is expected to retire. But maybe after an early exit Wednesday night, Craft might want to return for one more try.