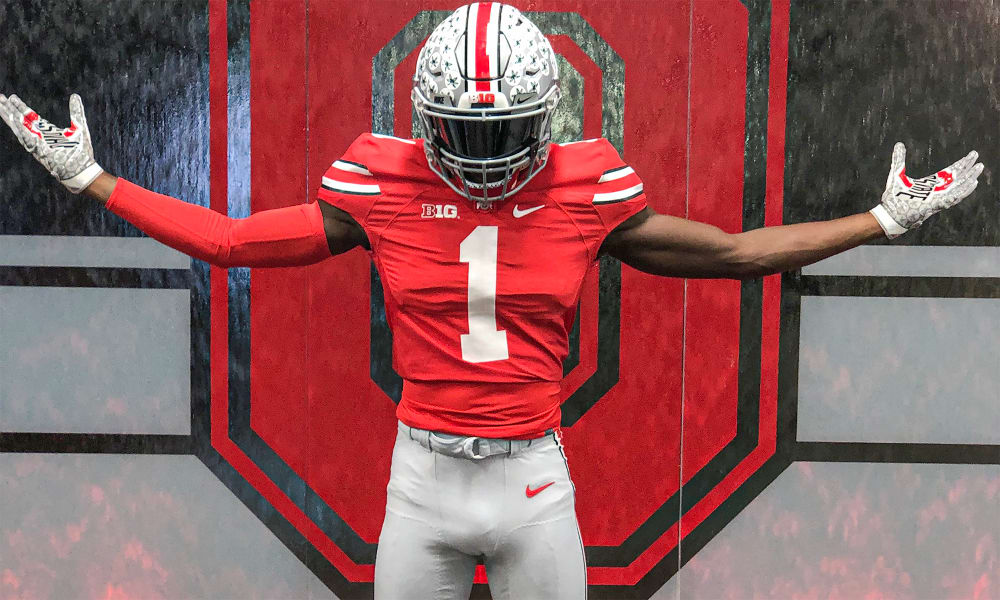 Tony Grimes has announced he will commit on June 30. (Tony Grimes/Courtesy)

Tony Grimes has had Ohio State near the top of his list for months.

Now, the No. 1 cornerback and No. 7 overall player in the country has picked a date for his decision. He’ll choose between North Carolina, Ohio State, Georgia and Texas A&M on June 30. He posted his decision date on Twitter on Sunday.

Grimes is not expected to choose the Buckeyes. Ohio State already has six defensive backs in the 2021 recruiting class, and although Grimes is the type of talent the Buckeyes would always make room for, he’s not likely to end up in Columbus.

The Buckeyes still have the No. 1 recruiting class in the country for this class, regardless of Grimes’ decision. And they’ll still have one of the most impressive classes in modern recruiting history without him in it. But in recruiting, anything can happen.

Grimes will make his decision public in the coming days.

Ohio State should be loaded at wide receiver

Through two full seasons and recruiting cycles, the results are impossible to ignore for Brian Hartline’s tenure as wide receivers coach. He has sent six wide receivers to the NFL, developed others into NFL prospects and recruited some of the top prospects at the position in the country. This season may be a tough challenge, with four incoming freshmen who are expected to contribute early in their careers. But Hartline is ready for the challenge.

How lethal can Chris Olave be with another offseason to develop chemistry with Justin Fields? Who can be the breakout star among the superstar freshmen four? Can Jameson Williams have a stellar sophomore season? Will Jaylen Harris finally break out? Who is a sleeper?

As Wide Receivers Week came to a close over the weekend, Lettermen Row looked back at all the recent BuckIQ episodes focusing on Hartline’s position group for a one-stop shop to evaluate the Ohio State depth chart.

Julian Fleming was the No. 1 wide receiver in the country for the class of 2020 because of his incredible athleticism and ability with the football. But he’s much more than just a playmaker with great hands. He can do anything the Buckeyes ask him to do from his wide receiver position.

Fleming has always been willing to do the dirty work, never taking plays off or slacking despite his high profile and his obvious skill advantage over every opponent he’s ever faced. That will certainly change this season at Ohio State, but Fleming is ready for the challenge. He embraces competition, which explains why the No. 1 wide receiver in the country chose to join three other top prospects at his position in the same Buckeyes recruiting class.

It also explains why Fleming, no matter the distance, would show off his impressive attributes just to do more dirty work for his high school teammates.