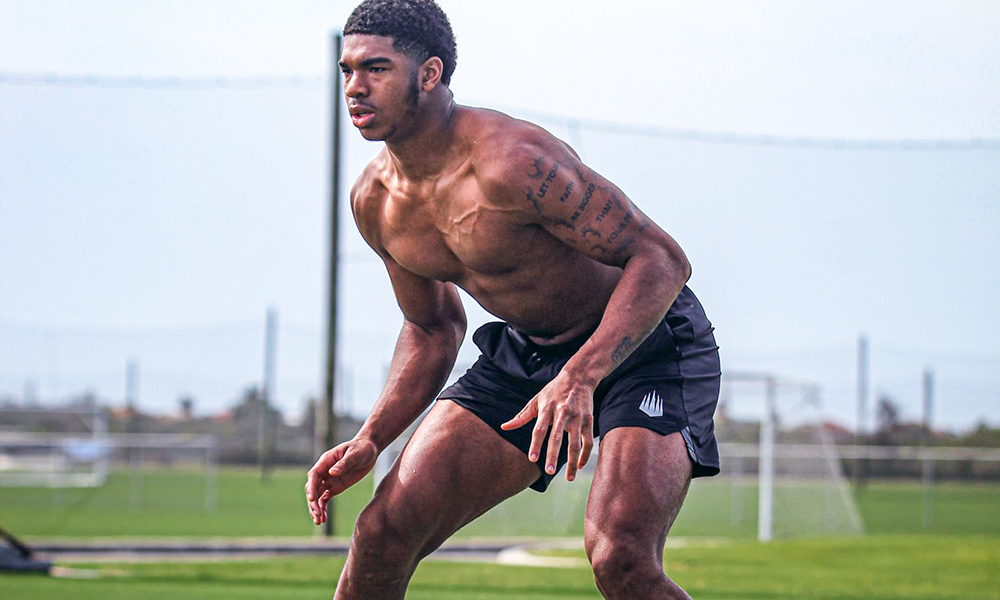 Ohio State has a bevy of elite prospects on campus for a massive official-visit weekend.

One of the most important visitors this weekend: IMG Academy (Bradenton, Fla.) four-star edge defender Jihaad Campbell. The No. 144 overall player in the country, Campbell has offers from nearly every major program and wasn’t slated to visit the Buckeyes until recently.

But the conversation with Ohio State has picked up again recently, and now Campbell is in Columbus for a huge visit.

When Ohio State had three linebackers committed, it was harder to show the 6-foot-4, 220-pound Campbell where he’d fit into the Buckeyes defense. He and Dasan McCullough could be played in similar roles and now that McCullough is out of the class, the need to replace him with a big-time edge rusher and linebacker like Campbell is paramount for Ohio State.

He’s been at the top of the list for the Buckeyes, and now they can prove it. He is in town for a pivotal official visit.

Ohio State has one of the most talented running back room in the nation. As part of Running Backs Week at Lettermen Row, the crew is back at Roosters to break down the talented unit and plenty more, especially from the recruiting trail.

Ohio State has already secured a commitment in the class of 2022 from five-star quarterback Quinn Ewers, the No. 1 player in the class. Could his top target and teammate Landon Samson join Ewers as part of the Ohio State recruiting class?

Lettermen Row recruiting expert Birm has the details of Samson visiting this weekend. Part of that can be found here:

There will be a number of important visitors this weekend but perhaps no visit is more important to the prospect themselves than the visit of Southlake (Texas) Carroll 2022 receiver Landon Samson. When Lettermen Row was in Texas in early May, Samson told us he was coming to Ohio State this week and there’s one reason for that: to show Brian Hartline and the Buckeyes that he’s worth a scholarship offer. …

But he wants an Ohio State offer. He’s showing up to earn one and will get that chance during a one-hour workout with Brian Hartline on Saturday. Samson is a special athlete and no one has any questions about that. The question is whether or not he can show Brian Hartline that he has the ability to play the receiver position at a high level.

Samson will arrive in Columbus with teammate and close friend Quinn Ewers rooting him on.

For the full story and more previewing the weekend of recruiting for Ohio State, click here.