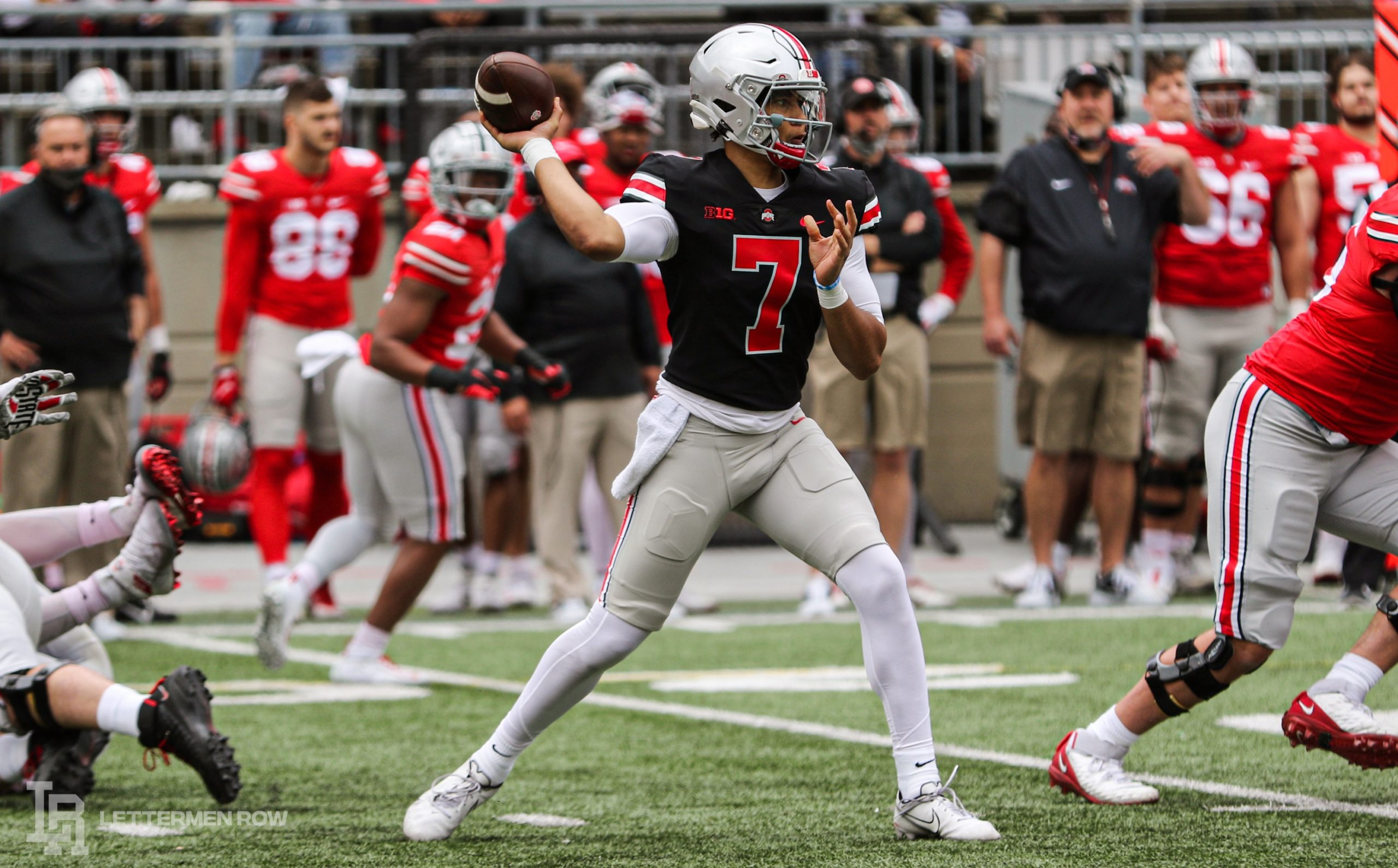 Alabama, Clemson and Ohio State will all three be breaking in new quarterbacks and replacing plenty of talent. But that doesn’t matter. They are the three best teams in the country nearly every year, and they have the best odds to win the title.

Ohio State came up short last year, but the Buckeyes have a good chance to avenge that loss and win the crown this fall.

Ohio State wrapped up another successful NFL draft over the weekend.

The crew breaks down which Buckeyes went to the best situation and more.

The panel also made sure to break down the Buckeyes recruiting scene, including the addition of a new commitment in the class of 2022 and their continued pursuit of a linebacker in the transfer portal.

Omarion Hampton finally had his chance to follow up on a tremendous sophomore season, one where he ran for almost 2,500 yards, in mid-March. The pandemic forced North Carolina to postpone football until the spring. He had begun putting together a spectacular junior campaign as well,  but suffered a broken ankle after five games.

Now, his Cleveland (Clayton, N.C.) High School teammates are one win away from a state title and Hampton is able to pay a bit more attention to recruiting than he thought.

And that means more time to connect with coaches like Tony Alford. Ohio State has real interest in the country’s No. 10-ranked tailback and he has real interest in the Buckeyes. He’s one of just two backs that will be hosted for an official visit this June, along with Memphis (Tenn.) 4-star Dallan Hayden. A lot of schools are starting to pay attention to the 6-foot-tall, 215-pound Omarion Hampton and a laser-timed 40-yard dash in under 4.40 seconds is a big reason why.

What’s the most important thing he’s looking for in a college? When will be visit Ohio State? How does he connect with running backs coach Tony Alford? Get to know more about the rising prospect and his interest the Buckeyes on the latest episode of Birminology from Lettermen Row with resident recruiting expert Birm.