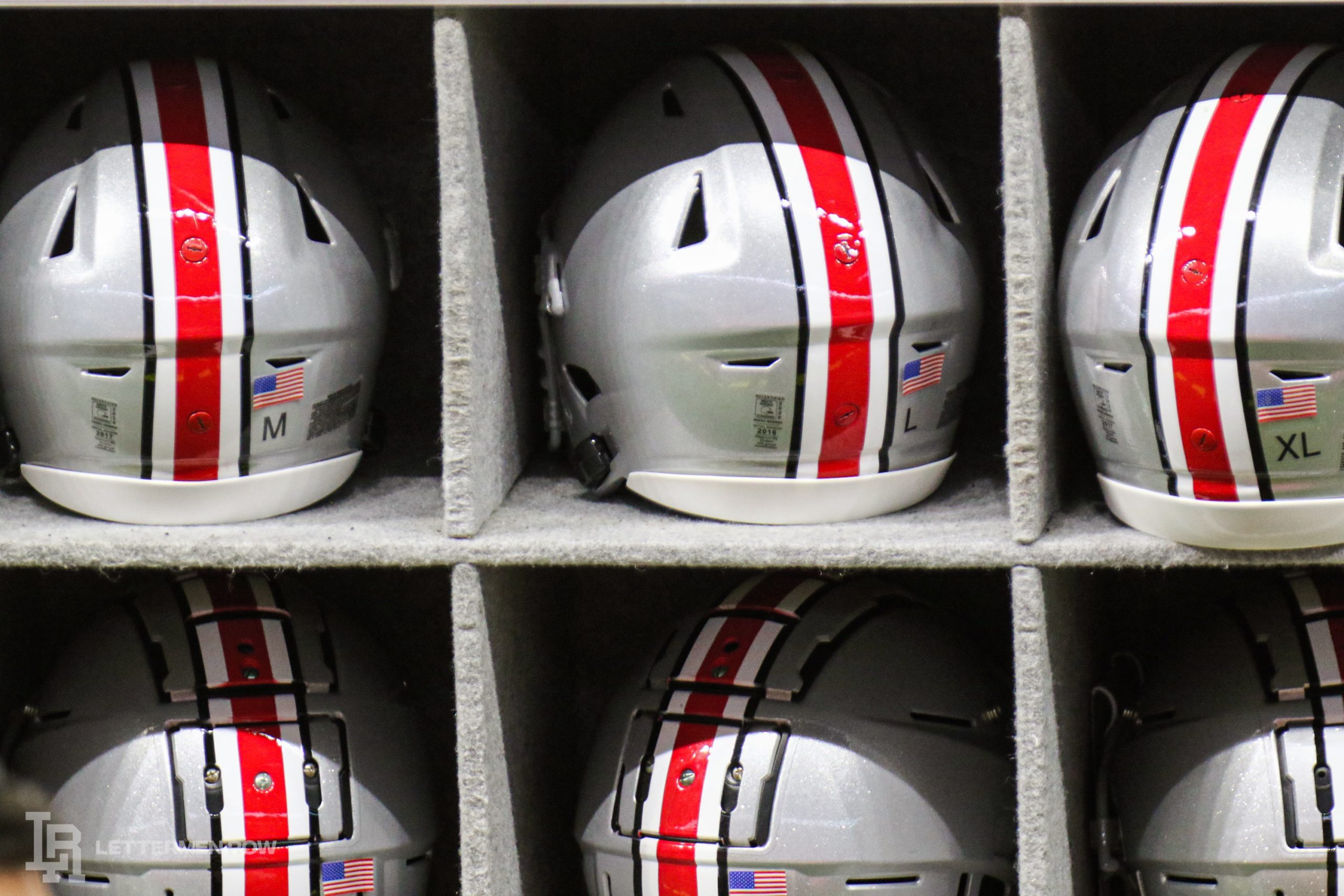 The NCAA has given new guidance on practice for training camp. (Birm/Lettermen Row)

Changes are coming to the way Ohio State and the rest of college football conduct training camp this fall.

The NCAA football oversight committee proposed rule changes will now head to the Division I Council for approval. Those rules include requiring teams to have seven padless practices, as well as decreasing the number of contact practices from 21 to 18 during the preseason.

Those changes are a result of a five-year study, which found that college football players suffer more concussions during the preseason practices than during actual games. The committee had been considering other options that would have limited contact even further, but settled on its plan.

The NCAA will also ban straight-line contact drills such as the Oklahoma Drill, and it limited the amount of contact in a practice to 75 minutes per practice. It also makes it illegal to have more than two-straight days of full-contact practices.

Ohio State and every other college football teams will have to adapt to the changes in just a few short months.

Ohio State has one of the top recruiting classes in the country for the class of 2022. But one of the Buckeyes most vocal recruiters from the class, linebacker Dasan McCullough, decommitted last month and flipped to Indiana. So who is now the vocal leader of the class? It’s a group effort, and the Buckeyes are doing a great job of spreading the word about Ohio State.

But let’s be clear: Just because McCullough flipped to Indiana, it doesn’t mean there’s any shortage of leaders in the 2022 Ohio State class. They go from Quinn Ewers to Kyion Grayes to Bennett Christian to Hicks and beyond. We’ve all heard the cliché that birds of a feather flock together — and when kids who are natural leaders start recruiting, they usually recruit other kids who are natural leaders, even if each dude does it his own way.

For more on who the leaders of the Buckeyes 2022 class are, click here.

Ohio State wrapped up another successful NFL draft over the weekend.

The crew breaks down which Buckeyes went to the best situation and more.

The panel also made sure to break down the Buckeyes recruiting scene, including the addition of a new commitment in the class of 2022 and their continued pursuit of a linebacker in the transfer portal.

Strong camp, normal year can springboard Lathan Ransom to stardom
Next Man Up: How Buckeyes can replace dynamic Trey Sermon in backfield