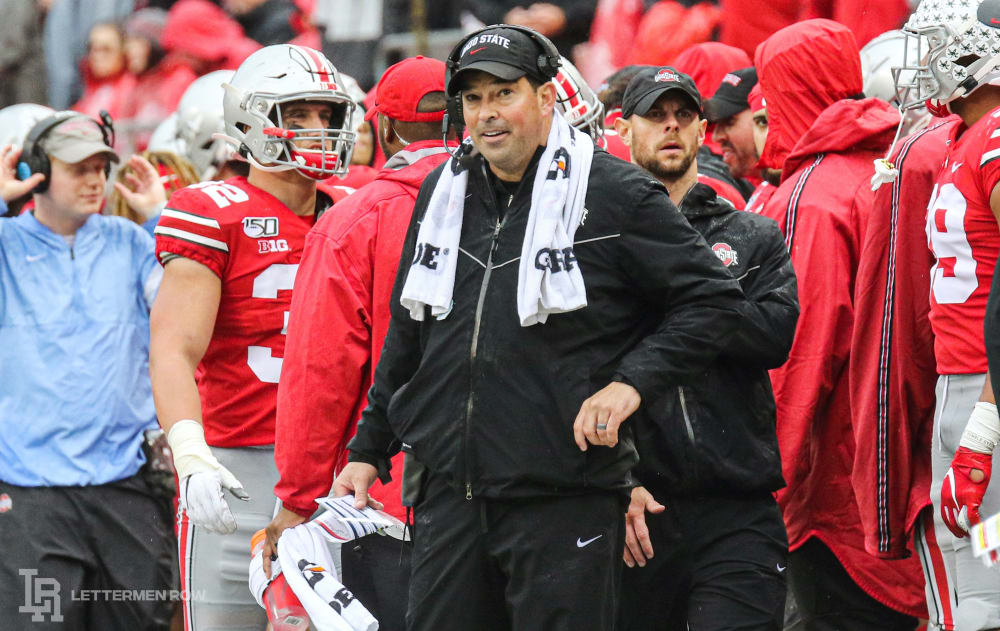 Ryan Day and the Buckeyes agreed to a contract extension. (Birm/Lettermen Row)

One successful season into his Ohio State tenure, Ryan Day has a new deal.

The program announced a contract extension for Day on Tuesday morning, giving him a significant raise in each of the next three seasons. By 2022, Day will be making nearly the same money Urban Meyer was making when he was coaching at Ohio State.

Lettermen Row senior writer Austin Ward broke down what the contract extension means for both parties when it was announced. Catch a piece of that here:

When the ink is dry, Day and his family are set for life. And on the flip side, Ohio State is proving it will continue to keep up with the market and keep elite coaches from even thinking about needing to look around for a raise. But the real perk for the reigning kings of the Big Ten is that there is still some wiggle room for a sizable pool to pay top-notch assistants, and new contracts for the staff should follow in time for spring practice to begin next week.

This is a huge win for Ohio State, which quickly realized what it had in Day and placed a ton of responsibility on the shoulders of a first-time head coach to steer one of the most valuable, competitive ships in the water. It’s obviously a gratifying moment for Day as well. He not only delivered on the field with a perfect regular season, a conference championship and a College Football Playoff appearance, but he’s been widely praised for his ability to oversee everything from recruiting to academics, nutrition to discipline and everything in between.

For the full reaction to Day’s contract from Lettermen Row, click here.

Ohio State has 11 players at the NFL Combine this week, but it was the wide receiver group that went to the podiums first. A trio of wide receivers from the Buckeyes, K.J. Hill, Binjimen Victor and Austin Mack, all met with the media Tuesday morning to talk about their experience at Ohio State, the draft process so far, their outlook on where they might end up and much more.

Hill was able to make a good impression on scouts at the Senior Bowl. He still has questions to answer. Mack and Victor both need to prove they’re worth draft picks from teams in the middle and late rounds of April’s NFL Draft.

All three are interesting prospects, and their interviews can be found on Lettermen Row’s Youtube channel.

There are already 14 Buckeyes on campus as freshman early-enrollees. Those players are already in the weight room, classroom and film room gearing up for their first season as members of the football program.

They took the next step on that journey Tuesday, as jersey numbers for the early enrollees were announced. The other 11 members of the class will get their numbers when they arrive on campus in the summer, but for now, these guys already there know what jersey they’ll be wearing on Sept. 5 when the Buckeyes open their season.

The jersey numbers for the early enrollees: