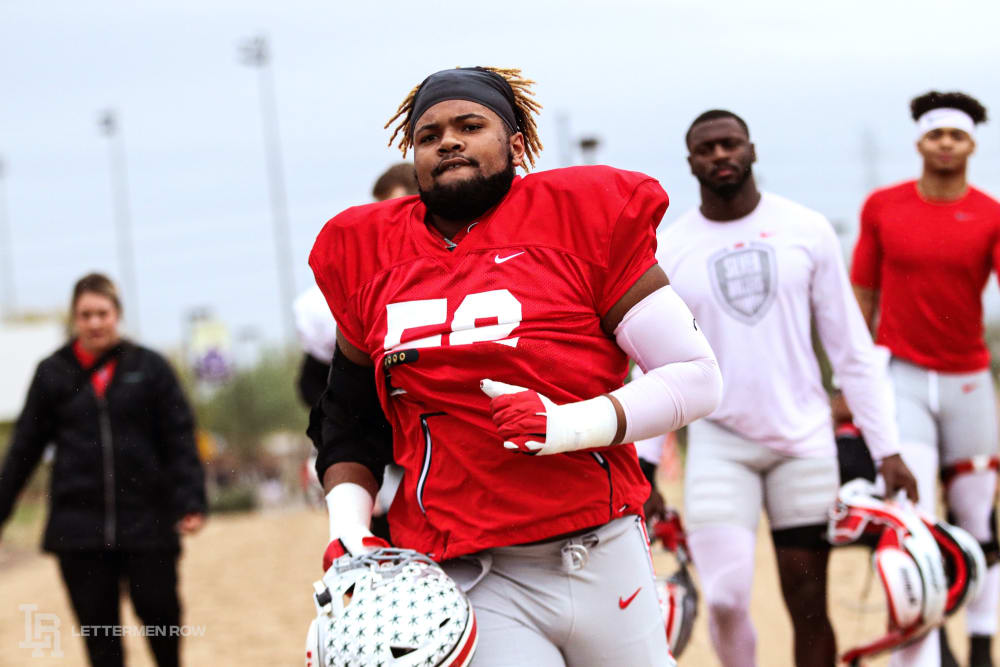 Ohio State guard Wyatt Davis is ready for another season with the Buckeyes. (Birm/Lettermen Row)

Davis chose to come back to the Buckeyes for another chance to win a national title. The All-American guard is already producing pancakes for the Buckeyes — but they aren’t the kind that are going to earn him more national honors from his guard spot.

The Buckeyes video team made a “This is Sportscenter” parody video, one that featured Davis serving meals inside the Woody Hayes Athletic Center. The only thing he serves to the defensive linemen, though, is pancakes.

“The Wavy Dub Special” is the first instance of Wyatt Davis handing out pancakes this fall. But it certainly won’t be the last.

Ohio State is less than two weeks away from kicking off its football season, and Lettermen Live hosted by Roosters is back to begin breaking down the season before it starts.

With Bennett Christian already committed in the Class of 2022, it seems the Buckeyes are serious about taking a pair of tight ends in the next recruiting cycle. They’ve employed Christian to help land their top, complementary target: North Carolina 4-star standout Benji Gosnell.

Where does Benji Gosnell see is recruitment heading? With a brother playing at North Carolina, how have the Tar Heels benefitted from his proximity to Chapel Hill? How has his huge family impacted the way he’s grown up? Gosnell has answers to things and more in the latest edition of Birminology with Lettermen Row recruiting expert Birm.