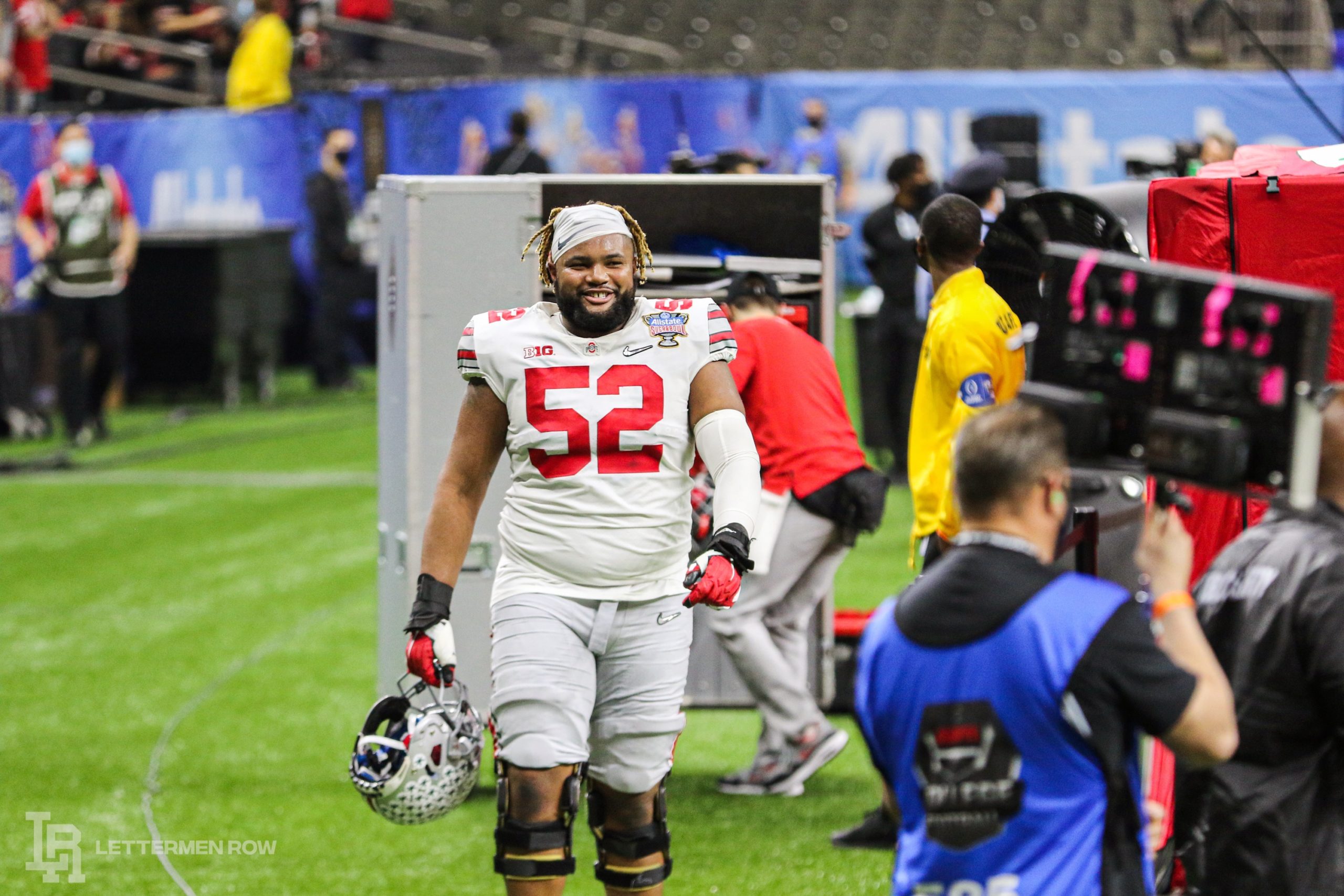 And Monday night, he might add a national title to his impressive distinction.

Two years ago, there were doubts about Greg Studrawa as the offensive line coach at Ohio State. Now, he has the Buckeyes as one of the best and deepest offensive line units in the entire country.

Thayer Munford and Nicholas Petit-Frere have become immovable forces at tackle. Wyatt Davis and Josh Myers have solidified themselves as one of the best one-two punches on the interior in the nation. Harry Miller has shown flashes of his five-star potential at guard and even filled in at center on short notice last month. Matthew Jones has graded as a champion twice when pressed into the lineup, Paris Johnson was mauling defenders after coming off the bench last week and Dawand Jones continues to look like a future star.

How has Ohio State rebuilt the offensive line into such a dominant unit? What has been the secret for Greg Studrawa as he’s validated the decision from Ryan Day to retain him two years ago? Where will the Buckeyes need to be at their best against Alabama in the national-title game? Former Ohio State right tackle Reid Fragel put on the highlights with Lettermen Row and answered those questions with senior writer Austin Ward in the latest episode of BuckIQ.

Ohio State coach Ryan Day, offensive coordinator Kevin Wilson, quarterback Justin Fields, running back Trey Sermon, center Josh Myers, guard Wyatt Davis, tight end Luke Farrell and wide receiver Chris Olave previewed the national title game against Alabama in a press conference with the media. The players and coaches broke down the challenges of facing the Alabama defense, the health of Justin Fields, the success of the running game for the Buckeyes and much more. Make sure to listen to the full interview with the Buckeyes below.

After the Buckeyes met with the media, Lettermen Row’s Austin Ward, Jeremy Birmingham and Spencer Holbrook broke down the Buckeyes after hearing from Ryan Day, Kevin Wilson and the offensive stars as they prepare for the national title game against Alabama. It’s the latest Playoff Drive, and it’s all presented by Byers Auto!