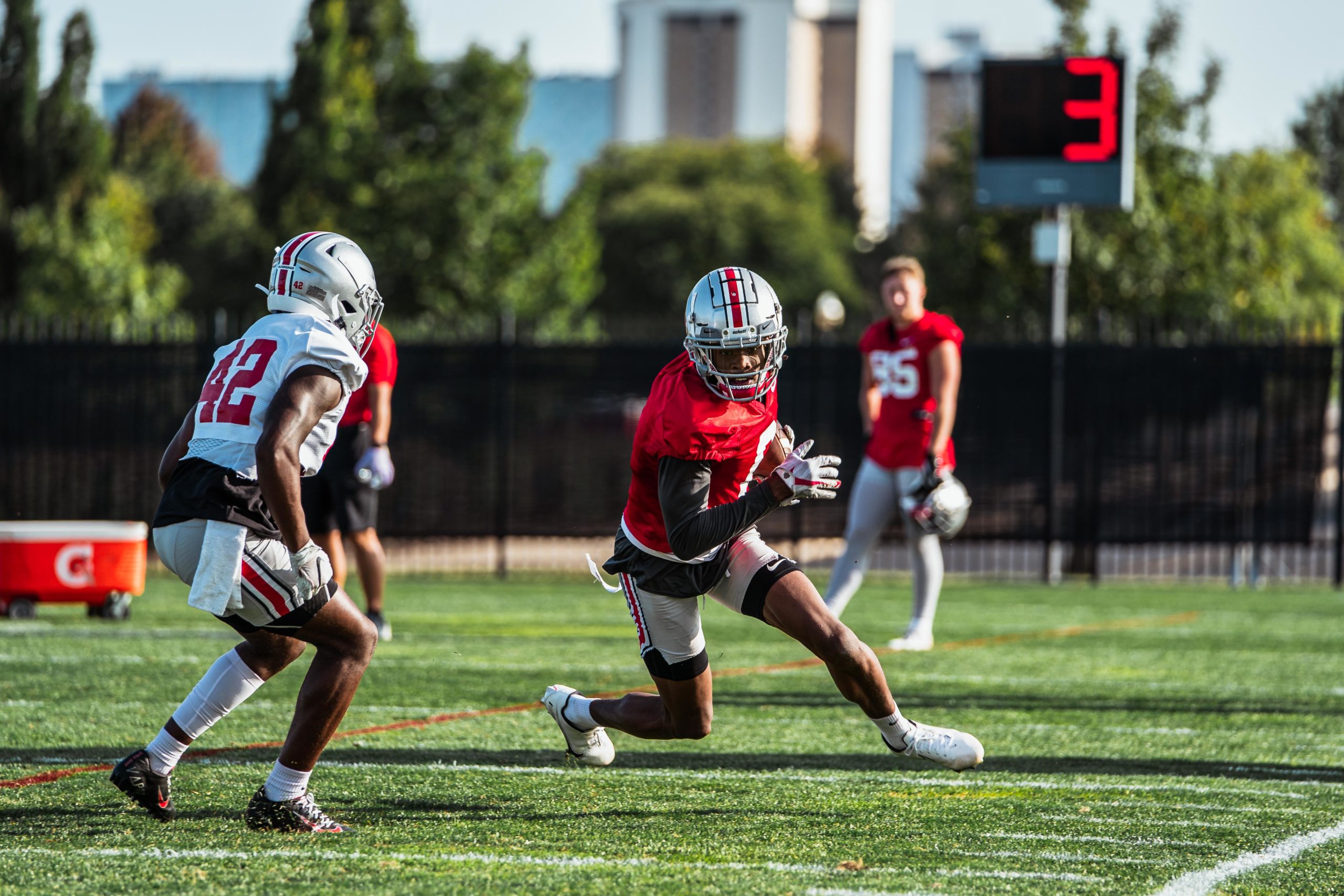 Ohio State can practice in pads on Wednesday. (Courtesy/Ohio State Dept. of Athletics)

Ohio State never got to put pads on in spring practice before it was shut down. The Buckeyes were so close to putting pads on in early August before the Big Ten pulled the plug on a fall season. They haven’t worn pads in months.

That changes Wednesday, when the Big Ten permits teams to put pads on and get back onto the practice field in an official capacity to prep for the Oct. 24 start to the season.

Ryan Day and the Buckeyes have been on the field for a while now, getting reps in without pads. But that’s not football. Now, the Buckeyes can get back to playing football and practicing with some hitting, which they’ll make their way back into.

And the buildup for the Oct. 24 start can officially begin.

Ohio State, the three-time defending Big Ten champion, will kick off its defense of the conference crown with a noon start in the Horseshoe on Oct. 24, with the West Division opponent Nebraska confirming that start time with a social-media post.

FOX had already announced that it would broadcast the season debut for Ohio State when it released the full season schedule earlier this month. And it was widely assumed to be getting the marquee treatment from the network, which has embraced the earlier window for its top games and seen dramatic increases in ratings — most notably when the Buckeyes are in that featured slot.

That first step back to a potential College Football Playoff berth will include a noon kickoff against Nebraska, and so far, that is the only confirmed start time on the revamped schedule for the No. 6-ranked Buckeyes.

Ohio State has one of the top two recruiting classes in the country, and the Buckeyes could be reeling in another top target in the near future.

The Buckeyes top target, four-star tackle prospect Zen Michalski, decommitted from Louisville on Tuesday, a sign that the Buckeyes could now be in the driver’s seat to land the talented and rising prospect. Lettermen Row recruiting ace Birm has more:

Penn State offered Michalski on Sunday night as he was driving home from Columbus. The Nittany Lions are hoping to get him to do a similar visit to Happy Valley, but it remains to be seen if that will happen. There’s no timeline for a new decision for Indiana’s No. 3-ranked prospect, but he intends to enroll early and wants to be settled on a choice sooner rather than later.

The Buckeyes have two offensive linemen committed, and Zen Michalski may be on the verge of being the third.

Ohio State will put pads on and begin ramping up practice this week, and the Tim May Podcast is back to break down every angle.

Tim welcomes Lettermen Row senior writer Austin Ward on the show to talk key position battles and what they are hoping to learn from the Buckeyes in the next couple weeks as they begin prepping for the Oct. 24 start to the season.

Tim also welcomes on former Ohio State cornerback Donald Washington, who was a member of the 2006 Buckeyes team that played for a national title. Washington talks about what it takes to play cornerback for a title contender, and he also gives an update on his charity work with inner city youth in Columbus.