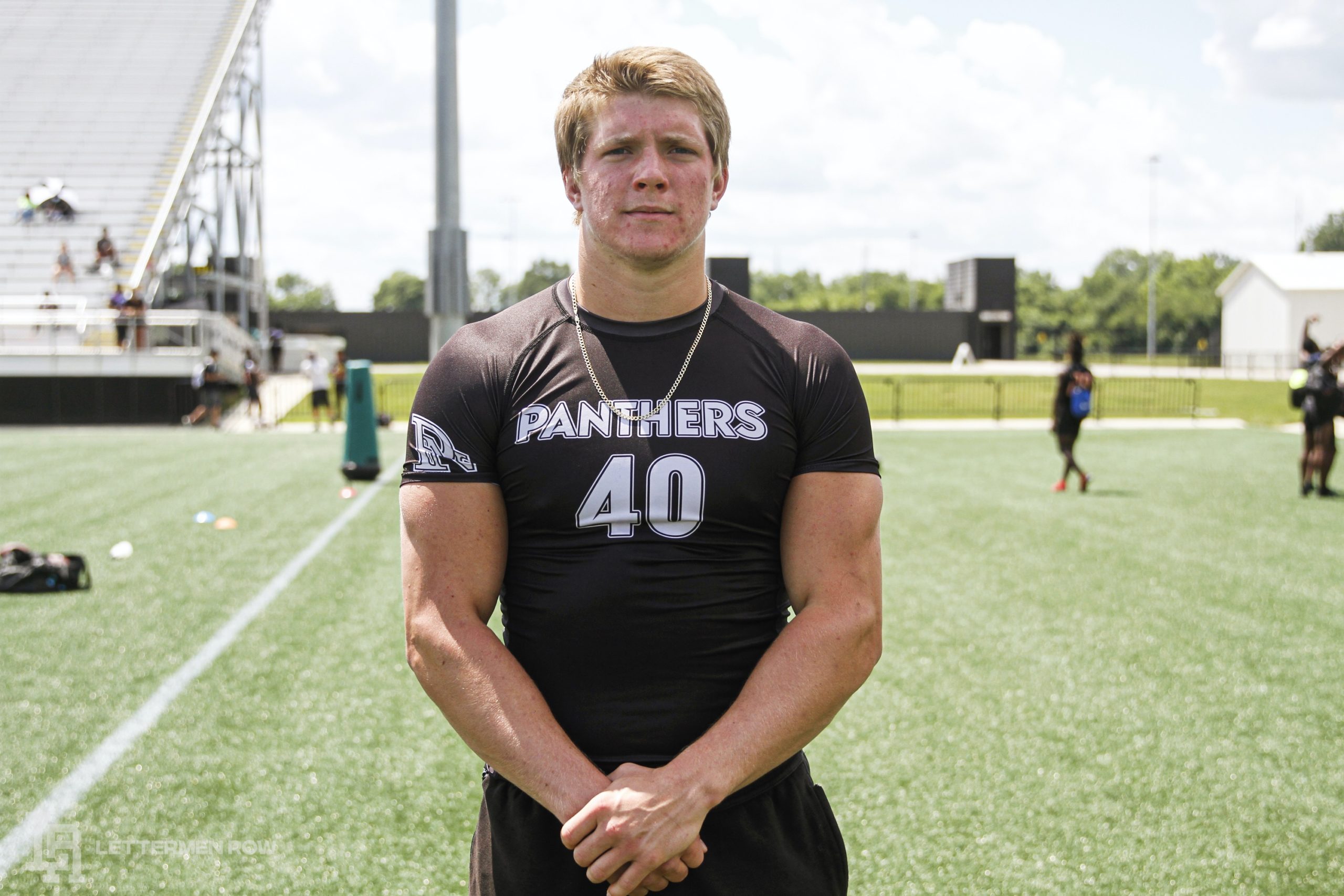 Ohio State has no idea when it will play another football game. Following the cancelation of the fall football season, the Buckeyes now have to work with the Big Ten to find a path toward spring football.

And the 2021 recruiting class wants to be a part of that spring football season. That’s why five-star defensive end Jack Sawyer has decided to sit out his senior season of high school football and begin preparing for Ohio State.

“After extensive discussion with my parents and coaches regarding the uncertainty of the high school football season and the probability of a spring collegiate season, I have decided to focus on training and preparation for my early enrollment at Ohio State,” Sawyer said in a statement released on Twitter. “I want to thank my coaches and teammates for their support throughout this difficult decision.”

Sawyer joins a handful of Buckeyes who will enroll early and skip their senior season of football. Jordan Hancock, Sam Hart, TreVeyon Henderson and Evan Pryor, among others, will all enroll early and not play this year in high school.

Buckeyes commits give their take on season cancelation

Ohio State, with the country’s No. 1-ranked 2021 recruiting class, is in the unenviable position to answer dozens of questions from dozens of recruits and their families.

And unfortunately for Ryan Day, Mark Pantoni and everyone else who works for the Buckeyes program, the questions they’re getting right now don’t really have answers. On the flip side of that, though, is that the Ohio State recruiting class is one of the most closely-knit group of commits in America. They’re working through the uncertainty together, waiting as patiently as they can for some semblance of a plan to be presented following this week’s surprising news.

What are the biggest questions that need answered for Ohio State’s commitments? What has been holding this group of young prospects together while programs around the country try to take advantage of the Big Ten’s current vulnerability? Is there concern about the commitment of any other players as the conference they have committed to appears to be undercutting their future?

Lettermen Row’s Jeremy Birmingham spoke with many of the 2021 commitments in a special edition of Birminology.

Ohio State commits on Big Ten football cancellation, recruiting pitches from other schools and more
Watch this video on YouTube.

There’s no such thing as a bad idea if it gets Ohio State back on the field again. There might some that are impractical, a few that don’t add up when trying to account for player safety and maybe even some that simply wouldn’t even be worth the effort.

But with the Big Ten and the Buckeyes both having officially accepted that there won’t be any games this fall, the brainstorming session for the spring is well underway — and the clock is already ticking to try to nail down the details.

Ohio State coach Ryan Day isn’t the only one searching for solutions at this point, and Purdue coach Jeff Brohm also has drawn attention to a blueprint he designed for a season that starts in late February and includes a shortened schedule next fall. Considering how disjointed the cancellation process was in the league and the public disagreements from coaches around the league while pushing for a delay, it should go down as encouraging that Day, Brohm, Jim Harbaugh and James Franklin are taking a more proactive approach his time.

For more on the challenges of playing a spring schedule, click here.