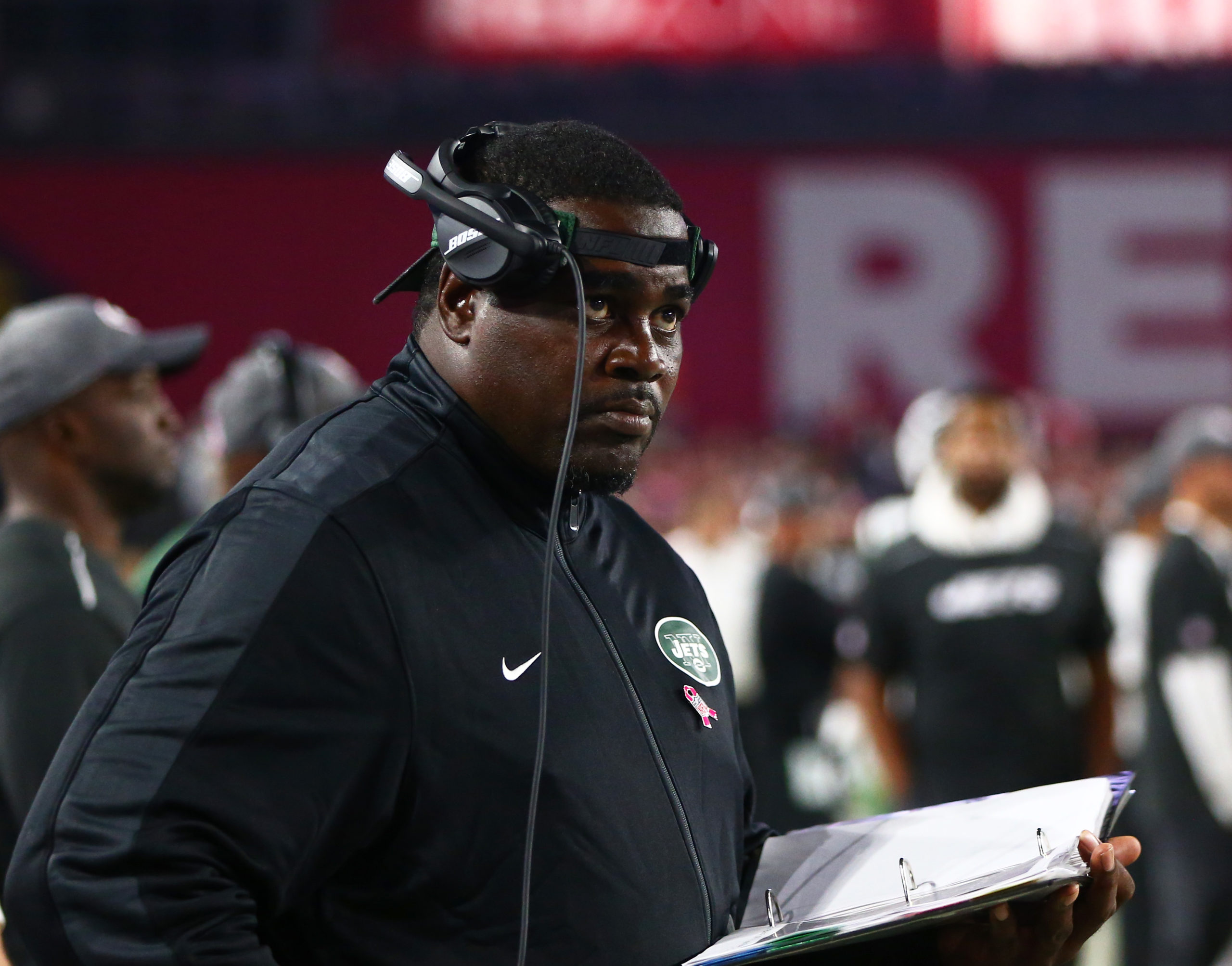 Pepper Johnson was a star and captain for the Buckeyes at linebacker in the 1980s. Then he moved onto the NFL, where he won five Super Bowls total in his playing and coaching career. He even made a pair of Pro Bowls during his career.

Now that he’s out of the NFL, Johnson is moving onto his next coaching job, but this time, it’s at one of the most storied prep programs in the country. Johnson landed a job as the defensive coordinator at IMG Academy in Bradenton, Florida.

The former Patriots, Bills and Jets coach, who spent one game in the short-lived XFL, will have a chance to coach Ohio State 2021 defensive lineman commit Tunmise Adeleye, who is one of the top 100 players in the country. Plenty of programs are still recruiting Adeleye, who committed to the Buckeyes in April.

Ohio State doesn’t need help recruiting IMG Academy. Lejond Cavazos played for IMG Academy before coming to Ohio State. And there’s another future Buckeyes player on the defense this year. But with a former Ohio State captain now as the defensive coordinator, it could be the beginning of more attempts to recruit IMG Academy.

On this week’s episode of Lettermen Live hosted by Roosters, the panel of former Ohio State players discussed the Big Ten All-Decade football team, which was recently unveiled by the Big Ten Network. There were a lot of Buckeyes on the list and a few very notable omissions, so there was plenty to debate about for the guys. Find out what Anthony Schlegel, Justin Zwick and Doug Worthington thought about it. And of course, it’s hosted by Lettermen Row senior writer Austin Ward.

The guys also go in-depth on Ohio State defensive line and make predictions for the 2020 season.

Luke Montgomery, a rising-sophomore from Findlay, is a 2023 prospect who checks in at 6-foot-5 and 260 pounds. He has been working hard to continue developing his frame into a high-level Division I football prospect. Like many young athletes, Montgomery actually prefers to play basketball right now — he’s played for Lebron James AAU team and now competes for Indiana Elite — but knows that football is the sport that provides him the best path toward college athletics.

How is Luke Montgomery handling that pressure? What does he think about giving up basketball? How much contact has he been in with fellow 2023 prospects in Ohio about building a special class?

The young prospect talks about those things and more on the latest edition of Lettermen Row’s Birminology.