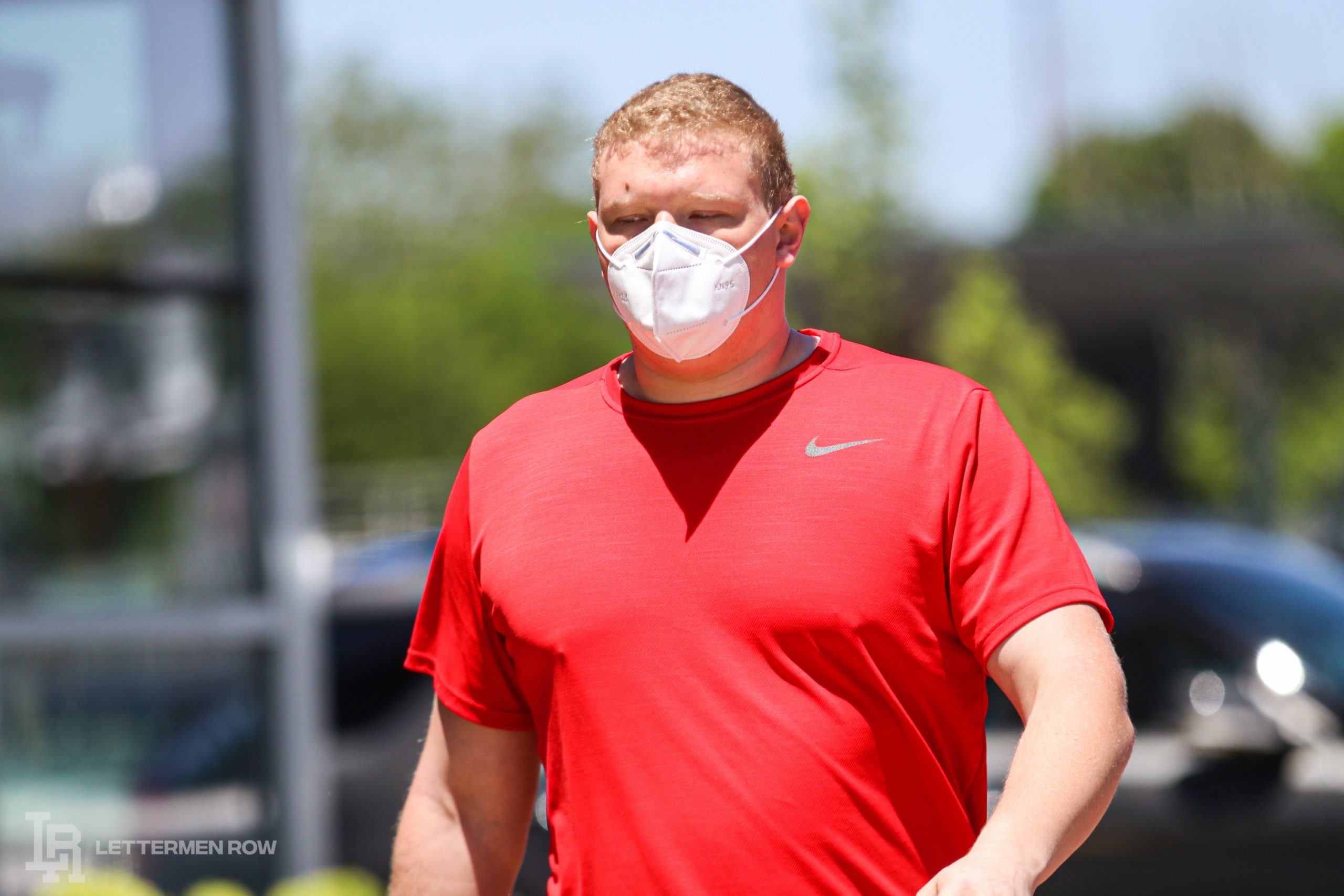 Buckeyes beef up depth with two more stripes off

Ohio State has one of the best offensive lines in America. And the Buckeyes are continuing to add depth to their unit up front, proving it’s as deep as it is talented.

Both Trey Leroux and Grant Toutant, three-star freshman offensive lineman, lost their black stripes Tuesday, signaling that they are officially part of the Ohio State football program. Although the pair were two of the lowest-rated members of the recruiting class that signed in the winter, they came into the program and immediately went to work. Now, they’re officially in.

And the Buckeyes offensive line depth just keeps adding pieces for the future of the offense.

Ohio State quarterback Justin Fields, wide receiver Chris Booker, starting right tackle Nicholas Petit-Frere and defensive backs Shaun Wade and Marcus Hooker held a press conference Wednesday afternoon to break down the Buckeyes as they continue to make preparations for the tough road test at Penn State. Fields and the other players talked about offensive plans with running the ball and how to improve their defense. Don’t miss the latest press conference with Fields and the Buckeyes other players.

After the press conference, Lettermen Row senior writer Austin Ward was joined by Tim May, Jeremy Birmingham and Spencer Holbrook to break down everything they learned from Fields, including how to manage him in the run game and how the Buckeyes can prevent a COVID-19 outbreak. It’s the Practice Report presented by Byers Auto!

Could Buckeyes add to 2022 class soon?

Ohio State has one of the top recruiting classes in the 2021 cycle, and the Buckeyes are already adding to the 2022 class. They have six committed prospects, and they’re looking to add more soon. Could it be happening? The 2022 commits have been dropping hints on social media, and Lettermen Row recruiting guru Birm tries to make sense of it all.

But here’s the deal: It’s not that wild to assume it could involve Ewers, Jackson, Burton, William Johnson or quite literally any other 5-star prospect in America. The fact is the 2022 recruiting class is being built entirely virtually, so anyone is fair game because no one is making in-person visits. That means aggressive recruiters like Hicks and McCullough specifically have a unique opportunity to boost the perception of the Buckeyes. They are, after all, 5-star commitments who are completely dialed in with Ohio State thanks to Ohio roots that run deep — giving some real credence to the argument that it’s wise to build a recruiting class from the inside out than the other way around.

For more from Birm about the 2022 class, click here.