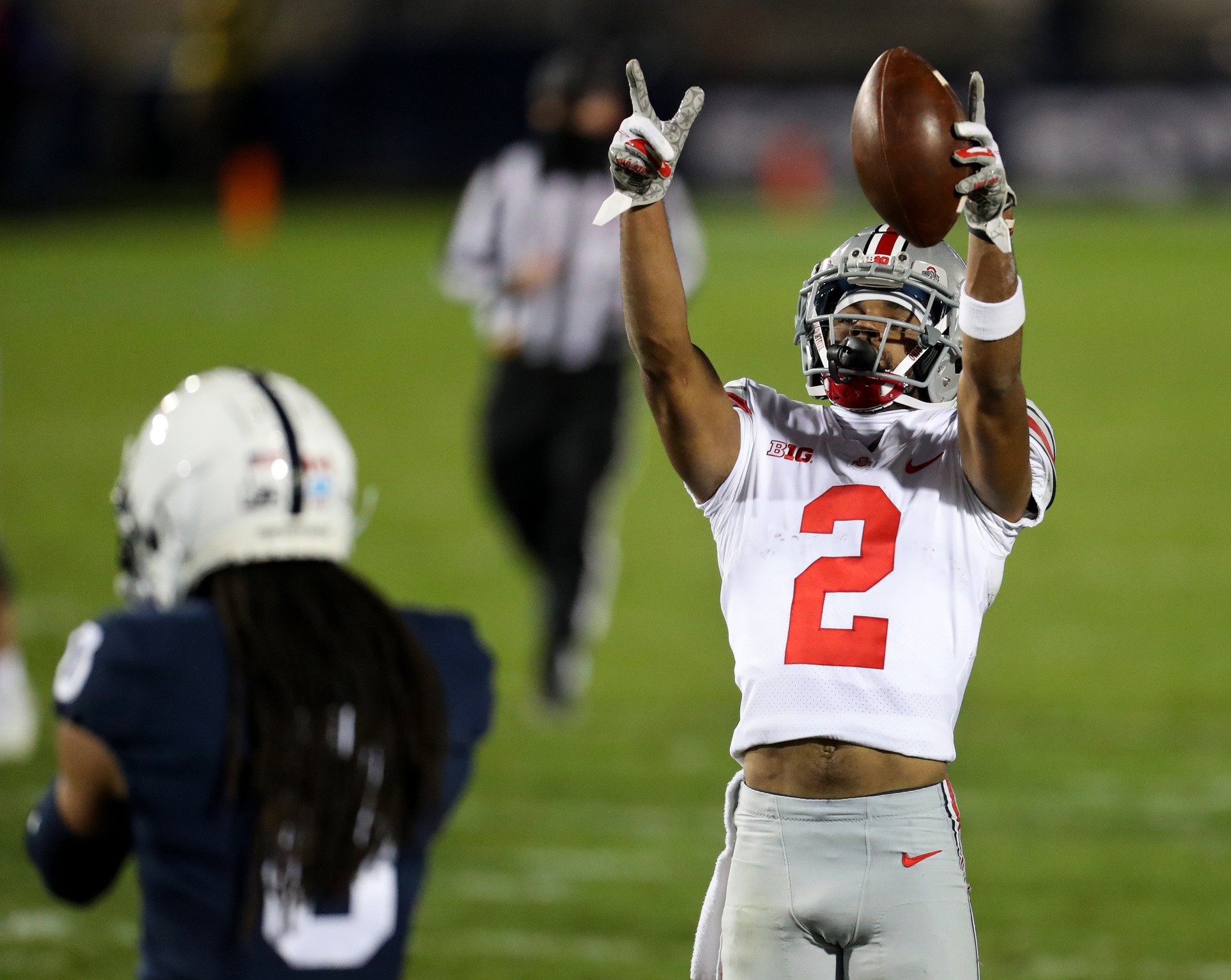 Ohio State nearly scored on the first play from scrimmage, grabbed a quick two-score lead and never lost it in a convincing 38-25 win at Penn State on Saturday night. The Buckeyes had a dominant performance from Heisman hopeful quarterback Justin Fields and his two superstar wide receivers. They got a great performance from their defensive line, holding the Nittany Lions to only 1.6 yards per carry. And they took Penn State out of its comfort zone early to dominate and move to 2-0.

There’s still plenty of work left for the Buckeyes, who now enter a weird month of November. They’ll face four overmatched opponents: Rutgers, Maryland, Indiana and Illinois. Ohio State shouldn’t be challenged in any of those games, but all four will provide opportunities for the Buckeyes to work on patching up their secondary, fixing special teams miscues and making sure the offense stays in-tune. For now, Ohio State will turn its focus to Rutgers.

Miss any of the coverage from Ohio State’s win over Penn State? We have you covered:

The Buckeyes didn’t jump the Tigers or Crimson Tide this week after all three found ways to win, but they’re all in a category of their own, and the polls reflect that. The Buckeyes checked in at No. 3 in the latest Amway Coaches Poll and AP Poll on Sunday afternoon. Clemson retained the top spot after its come-from-behind win over Boston College, while Alabama rolled Mississippi State to keep the second spot. The Tigers and Tide are followed by Ohio State, Notre Dame and Georgia.

Ohio State received two first-place votes from the coaches and none from the AP voters.

Just two weeks into the season, the Buckeyes might be over their biggest hurdle of the eight-game season. Now they can turn their attention to a seemingly soft November slate in preparations for another run at a Big Ten title and College Football Playoff.

Now, the Buckeyes enter a string of games throughout November against clearly overmatched teams. That starts Saturday inside Ohio Stadium, when the they face a Rutgers team that, while showing signs of life under new coach and former Buckeyes defensive coordinator Greg Schiano, likely won’t be able to hang with the Big Ten favorite.

Ohio State opened as a 37-point favorite over the Scarlet Knights, according to the folks at VegasInsider.com.

Lettermen Row Weekend Kickoff presented by Bryant Heating & Cooling Systems: The Whatever It Takes Pregame Show will be back at Urban Meyer’s Pint House this Thursday to preview the weekend full of college football games, including the Buckeyes upcoming home game against Rutgers.

The next edition of the show will be Thursday, Nov. 5 at 7 p.m., and there will be plenty of Ohio State guests on hand to break down the latest developments and preview the weekend of football ahead. Come out to see Bobby Carpenter, Zach Boren, Anthony Schlegel, Michael Bennett and other former Buckeyes greats give their insight about the upcoming games and how they think the Buckeyes will fare against Rutgers.