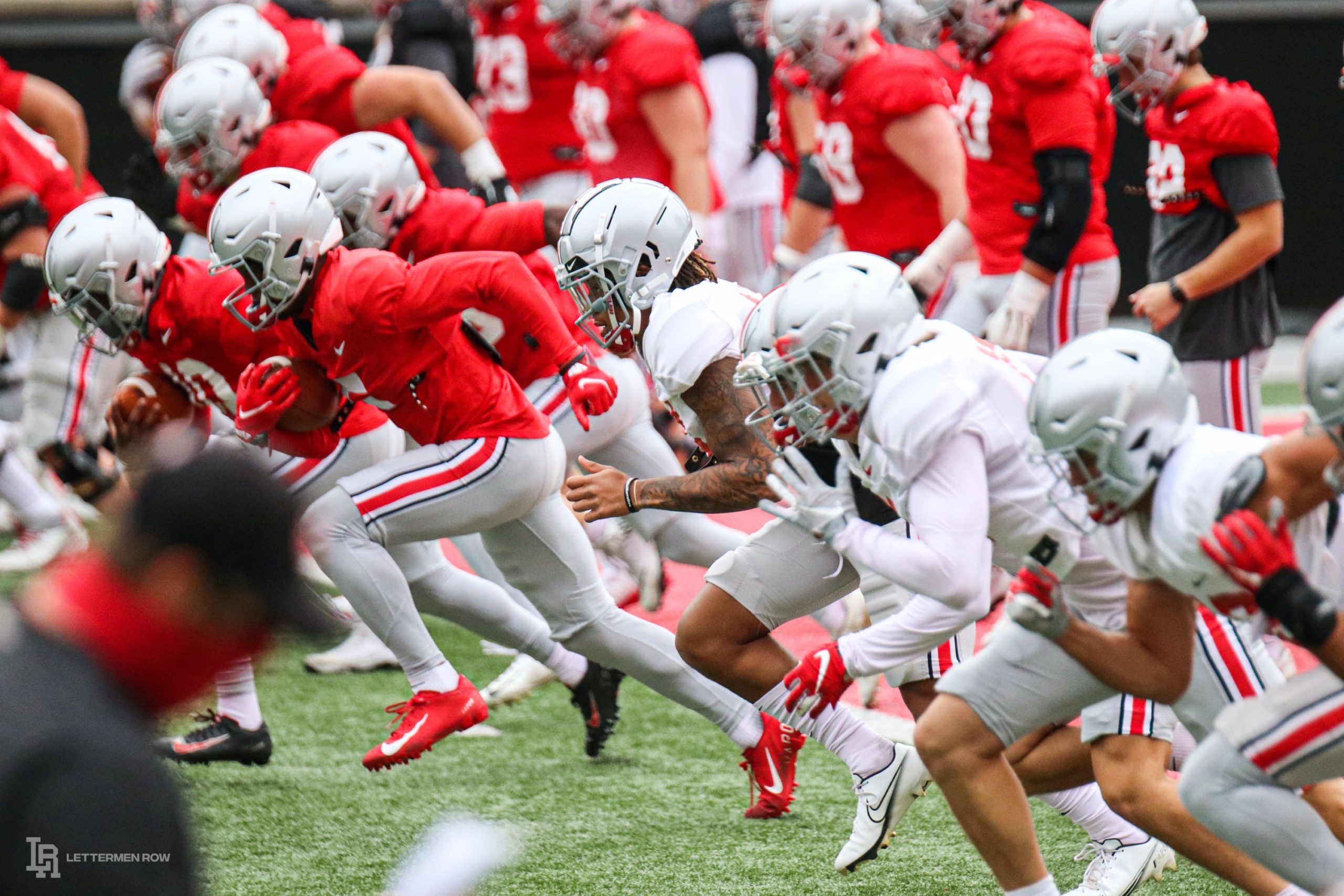 Ohio State forced the oddsmakers to adjust after the season reinstatement. (Birm/Lettermen Row)

Ohio State opened this summer as a national-title favorite. And the Buckeyes quarterback was the favorite for the Heisman Trophy.

But when the Big Ten canceled the season in August, the odds changed because the Buckeyes no longer had a shot to win the College Football Playoff. Now that the Big Ten is back in the college football fold and Justin Fields will be back once again, the oddsmakers had to adjust — again.

Ohio State has the second-best odds to win the College Football Playoff, according to the folks at BetOnline.ag. The odds are 11/4 that the Buckeyes win the national title, second only to title favorite Clemson, which has 2/1 odds to win the title. Alabama has the third-best odds.

If the Buckeyes win the national title, it will come on the back of one of the Heisman Trophy candidates, Justin Fields, who now has 7/1 odds to win the ultimate individual college football award. He’s behind Clemson quarterback Trevor Lawrence (7/2), Florida quarterback Kyle Trask (15/4) and Alabama quarterback Mac Jones (4/1). Those odds will certainly shift as the season progresses, but there’s value as of now on Fields’ Heisman Trophy odds.

And with the Buckeyes taking the field in two weeks, the odds will continue to shift, likely in their favor.

The guys also take explain why the Buckeyes have been so dominant against Michigan and give their insight on their favorite and most memorable moments from The Game. This week’s show features a roundtable discussion on the problems in Ann Arbor. And the guys made sure to end the show with game predictions for the full slate of games this weekend. The live show at Urban Meyer’s Pint House is loaded with intrigue.

Want to see future editions of the show live?  Weekend Kickoff presented by Bryant Heating & Cooling Systems: The Whatever It Takes Pregame Show will be back at Urban Meyer’s Pint House every Thursday at 7 p.m.

Trey Sermon, Antwuan Jackson brought back to Buckeyes through relationships

Ohio State defensive lineman Antwuan Jackson and running back Trey Sermon were both heavily recruited by the Buckeyes when they were in high school, but they both chose other schools to begin their college career. But as Lettermen Row recruiting expert Jeremy Birmingham writes, the Buckeyes never closed the doors on those relationships, and now both Jackson and Sermon will play roles for Ohio State this fall.

Part of that is here.

Recruiting is about relationships, and they don’t need to end just because a player or a school go different directions. True connections happen and persist even after a Letter of Intent is signed, and time creates the distance between the two parties. That doesn’t mean the end of a recruitment has to signal the end of a relationship. When Sermon needed to once again be recruited, it was a simple matter of remembering where the relationships were before.