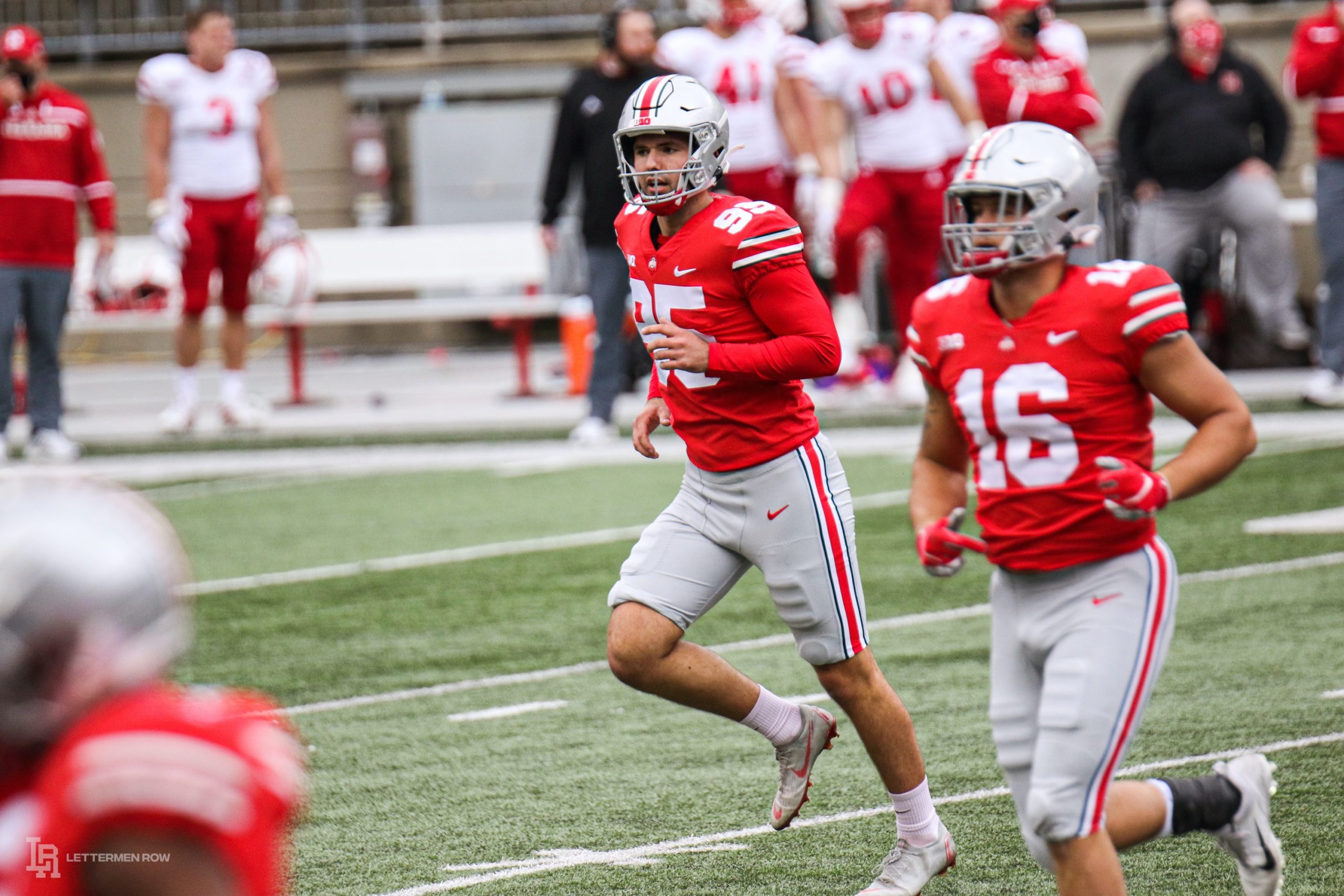 Ohio State ran into trouble with its kicking game when the Buckeyes lost Blake Haubeil during the win over Penn State. Haubeil missed a field goal, and so did walk-on kicker Dominic DiMaccio.

Haubeil didn’t play against Rutgers two weeks ago, so freshman kicker Jake Seibert was the starter, nailing all of his extra points without attempting a field goal. With the extra time off due to last week’s cancelation, Haubeil may have a chance to play in the top-10 matchup between the Buckeyes and Hoosiers.

This might finally be the game the Buckeyes need a kicking game to win.

“I’m not sure if he’ll be ready,” Ohio State coach Ryan Day said of Haubeil. “It’s still day-to-day. It would be Jake [if Haubeil can’t play].”

Ohio State will be in a good spot in the kicking game regardless of who is kicking against the Hoosiers.

The country’s No. 1-ranked quarterback, Ewers had been committed to Texas for just over two months before his decision to decommitment from the Longhorns and now he’s flipped his verbal to Ryan Day, Corey Dennis and Ohio State.

The 5-star prospect has all the tools it takes to live up to his billing and that starts with a rocket right arm that he is capable of delivering from any arm slot or place on the field. As a sophomore at Southlake (Texas) Carroll High School, Ewers completed more than 72 percent of his passing attempts and threw for 45 touchdowns against only three interceptions, and he’s continued that dominance as a junior.

Now that Ewers is in the mix, Ohio State has grown its lead on LSU as the No. 1-ranked recruiting class in the 2022 cycle. And things are only bound to get better from this point. Ohio State’s place atop the Big Ten has been solidified over the last few years and now the Buckeyes are positioned for a truly special run in the Class of 2022.

It’s only been two seasons, but Ohio State coach Ryan Day is already proving to be one of the best head coaches in college football.

Through just three games this season, he is being recognized as such. Day was listed on the 2020 Dodd Trophy midseason watch list. The Dodd Trophy, which has been handed out every year since 1976 and was won by Jim Tressel in 2002, goes to the top coach in the country every year.

And as the Buckeyes continue to roll through their Big Ten schedule, Day will keep getting more recognition nationally.

Haskell Garrett’s rise on the field is impressive, and that’s not even taking into account what it took off the field for Garrett to even be on the field. After being shot in the face in August, Garrett recovered in time for the Buckeyes season-opening win, which he dominated. He hasn’t stopped all season.

Garrett is playing the best football of his career, and he’s slowly becoming an anchor for the Buckeyes on the defensive line and within the defense in general. Garrett has never been better than he is right now for Ohio State. And considering what it took for him just to get his senior season, that story is never going to be forgotten by the Buckeyes.

What is allowing Haskell Garrett to thrive in his final season with Ohio State? How has the defensive tackle improved the most for the Buckeyes? Where could the veteran still impact the game more down the stretch? Former Ohio State defensive tackle Robert Landers was back in the Lettermen Row film lab to break down the highlights and answer those questions in the latest episode of BuckIQ.