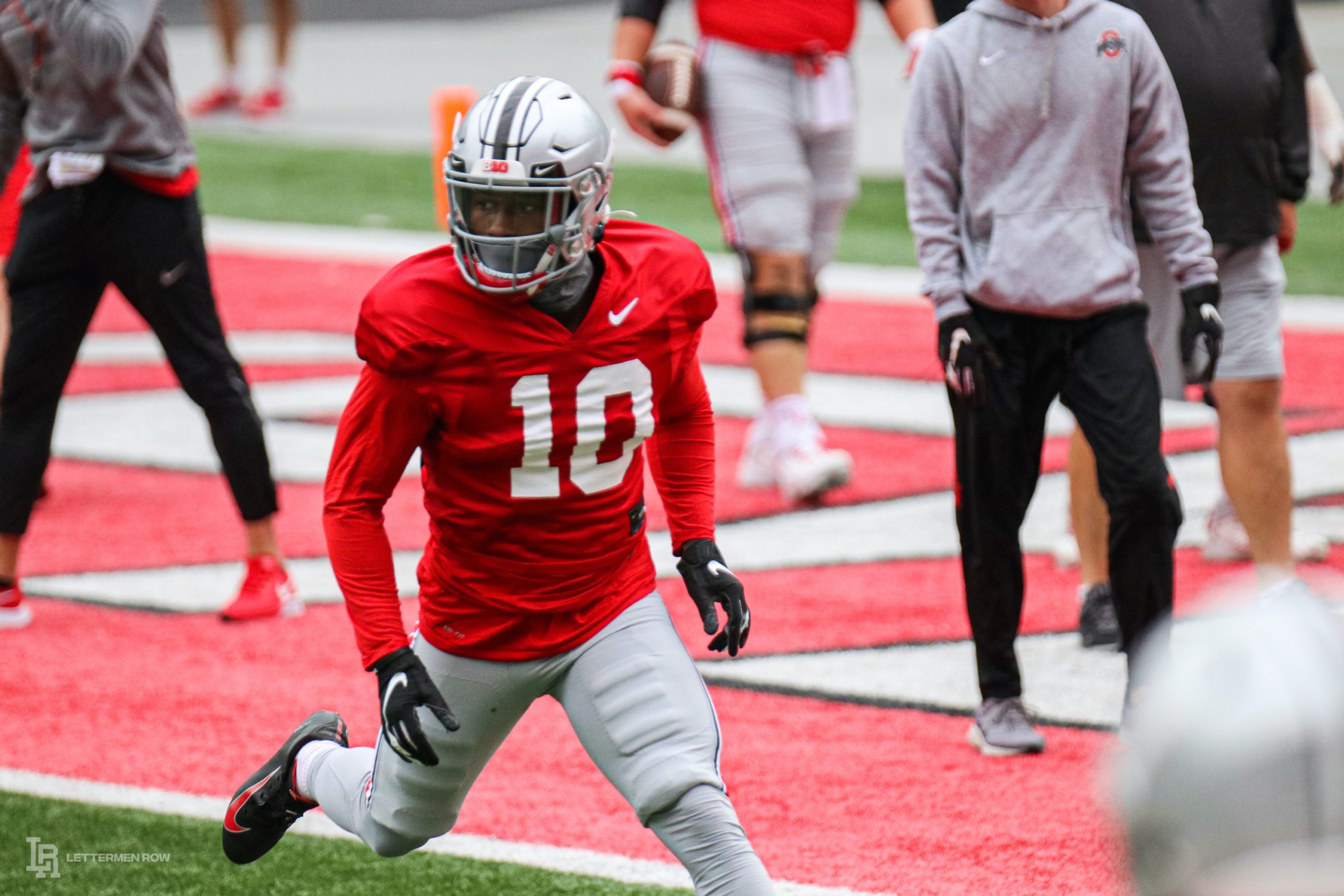 All four of the freshmen wide receivers in the Ohio State receiver room are officially part of the program. Mookie Cooper lost his black stripe Tuesday after practice, becoming the final of the four elite receivers to lose the black stripe and become official Buckeyes.

All four of the freshmen receivers could play a big role in the Buckeyes offense that has a chance to be historically good. The four playmakers are on pace to make an impact.

Cooper is the final member of the freshmen receivers to lose his black stripe. And now Ohio State can unleash them next Saturday.

Ohio State coach Ryan Day, along with quarterbacks coach Corey Dennis and quarterback Justin Fields, held a press conference to break down the position Tuesday morning. Day, Dennis and Fields talked about the Buckeyes plans for the two freshman quarterbacks behind Fields, the progress inside the room and more.

Don’t miss the latest round of interviews with the Buckeyes.

And also make sure to catch the Practice Report presented by Byers Auto. Lettermen Row’s Austin Ward, Jeremy Birmingham and Spencer Holbrook react to the conversation with Day, Fields and Dennis.

Ohio State less than two weeks from kicking off against Nebraska, and the Tim May Podcast is back to break down every angle.

Tim welcomes Lettermen Row senior writer Austin Ward on the show to talk about the delay in the regular season, the late October start to the campaign and how that can benefit the Buckeyes as they attempt to make another College Football Playoff appearance. They also break down the latest around the program before Oct. 24, when Ohio State opens at home against Nebraska.

Tim also welcomes on Monica Johnson, the mother of Buckeyes freshman tackle Paris Johnson, to talk about the fight for a season that took place earlier in the fall and the battle for right tackle that Paris finds himself in right now. Don’t miss this loaded episode.

The Tim May Podcast is available on Apple Podcasts, Spotify and Stitcher.