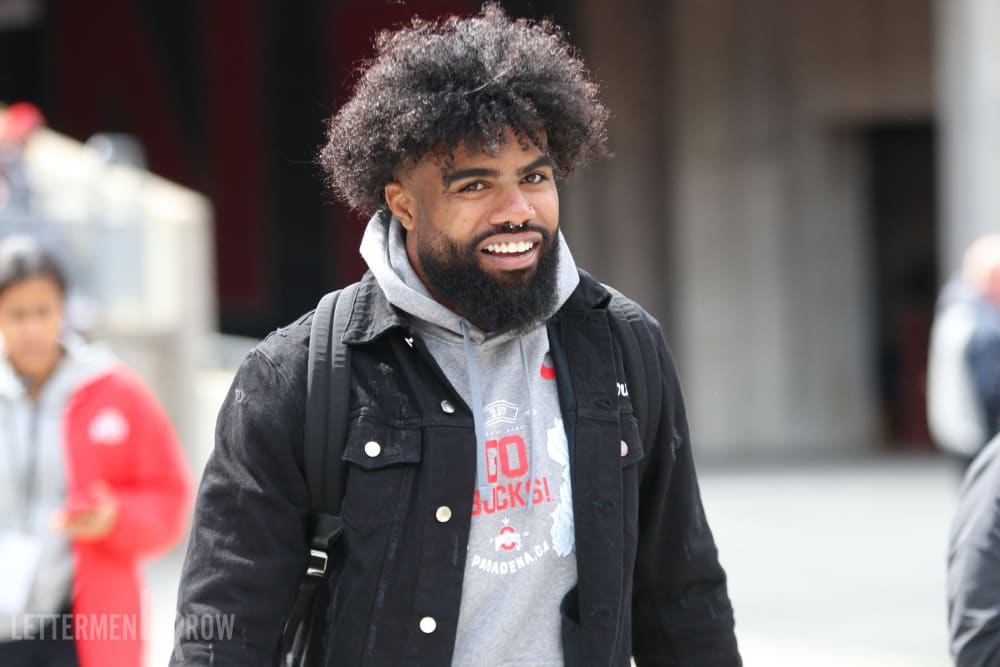 The Big Ten Network all-decade team is coming out position-by-position. And the Buckeyes figured to be heavily represented on the team.

But when the first position group — running backs — was announced, there was a notable snub. Ezekiel Elliott, who ran for more than 1,800 yards in the 2014 national title season for the Buckeyes and had another dominant year in 2015, was not named as a first-team all-decade Big Ten running back. Instead, he had to settle for second-team while Jonathan Taylor and Saquon Barkley were named to the first team.

🚨 The #BTNAllDecade backfield is complete 🚨@BadgerFootball's @JayT23 stood out among a crowded field of RBs to be named alongside Saquon Barkley in the top tier at the position in the 2010s.

There’s a case for J.K. Dobbins to be on the list ahead of Taylor, and there’s certainly a case for Elliott to be named first-team. Viewed by some as the best back in Ohio State history, Elliott ran through the Big Ten for two seasons and won a national title, something Barkley and Taylor never won.

But Elliott would probably rather have the national title win than an all-decade honor, anyway.

Lettermen Live hosted by Roosters is back for a packed episode.

As part of Tight Ends Week, former Ohio State tight end Jake Stoneburner joined former Buckeyes linebacker Zach Boren, Lettermen Row senior writer Austin Ward and staff writer Spencer Holbrook for a discussion about the tight end room. The panel talked about who needs to step up, how good the unit can be, and of course, debated on whether this will be the year Ohio State throws to the tight ends.

The conversation didn’t stop there, though. The guys broke down the biggest positional need on the roster, who will break out and where the Buckeyes need to answer some questions.

Sam Hart was supposed to make a return trip to Columbus for an Ohio State visit this month. But that certainly couldn’t happen amid the coronavirus pandemic.

The 6-foot-5, 225-pound Hart has tried to stay busy despite all the changes happing to college football recruiting. He won a state title as a heavy-weight wrestler, redeeming himself after a runner-up performance as a sophomore. But that’s not all. Hart has also been working hard as he prepares to enroll early at Ohio State next January. He’s becoming a recruiter, too, as the Buckeyes look for a second tight end to complement him in the 2021 class.

What else has Sam Hart been up to? Has he had any doubts about his decision to commit to Ohio State when he did?

The two-sport star talks about those things and more on the latest edition of Lettermen Row’s Birminology.