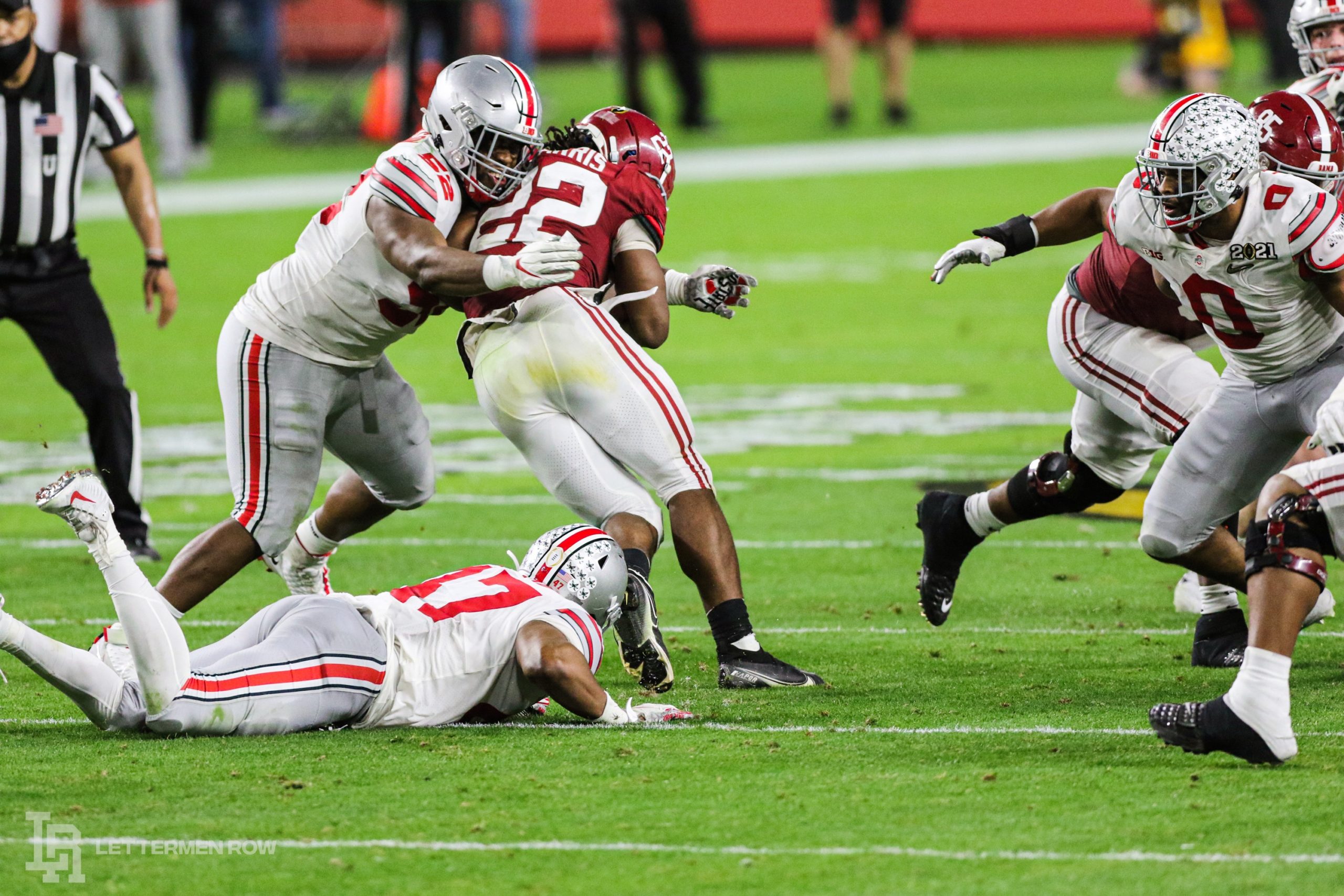 Antwuan Jackson will return for another season at Ohio State. (Birm/Lettermen Row)

Ohio State gained some much-needed depth on the defensive line for next year.

The Buckeyes received good news from a pair of defensive tackles, bolstering their depth chart in the trenches with the return of Antwuan Jackson, who will use the free year of eligibility the NCAA has granted to any athlete who wants it.

“I know my journey didn’t start at Ohio State but choosing to play here was definitely my best decision,” Jackson said in his announcement, which was posted on his Twitter account. “Playing here for the past three years has given me memories I’ll cherish forever. I still have a lot to prove to my coaches, my teammates and myself. So with that being said, I will return to The Ohio State University for another season.”

The other addition — and one of the biggest additions of the offseason — is All-American defensive tackle Haskell Garrett, who will also use his extra year of eligibility to return and give the Buckeyes a massive boost at a position that could have been thin if Garrett would have left for the NFL. Garrett will return as one of the best and most experienced defensive lineman, and he’s immediately a candidate to be the Big Ten Defensive Lineman of the Year and All-American.

With the return of both Haskell Garrett and Antwuan Jackson, the Buckeyes will be experienced and deep at defensive tackle.

Ohio State has finished the season after a loss to Alabama in the national championship game, and the Tim May Podcast is here with a special episode to break it all down with a huge guest.

Tim welcomes Lettermen Row’s Spencer Holbrook on the show to talk about the Buckeyes as they look toward the offseason following the tough title-game loss. They break down the NFL decisions by the biggest stars on the Buckeyes and how the roster could look heading into the spring.

Tim also welcomes on now-former Ohio State center Josh Myers, who recently declared for the NFL draft after an impressive Buckeyes career. Myers talks about the tough season the Buckeyes just finished, how the loss to Alabama in the title game has weighed on him and much more.

Ohio State still working to round out 2021 class

Ohio State has one of the best recruiting classes in the country for the class of 2021, and most of the recruits have already signed their letters of intent. Some are even scheduled to make their way to campus next week as early enrollees to get a head start in the weight room and football program.

But the Buckeyes aren’t quite finished with their 2021 recruiting class. There are still two big names that Ryan Day and the coaching staff are working to land commitments from.

Lettermen Row’s Jeremy Birmingham has more as the Buckeyes enter the final stretch before the February signing period:

That said, neither 5-star defensive lineman J.T. Tuimoloau nor 4-star linebacker Raesjon Davis have to sign next month. There’s been at least some discussion that Tuimoloau, the nation’s top-ranked overall prospect, will hold off from doing so. If that comes to fruition, it’s only because the 6-foot-5, 290-pound lineman has decided he needs to make a visit to Ohio State and other schools. And if that occurs his recruitment could stretch into April or even May since the NCAA dead period isn’t scheduled to wrap up until April 15.

For the full breakdown of where things stand with the remaining 2021 targets on the Buckeyes board, click here.